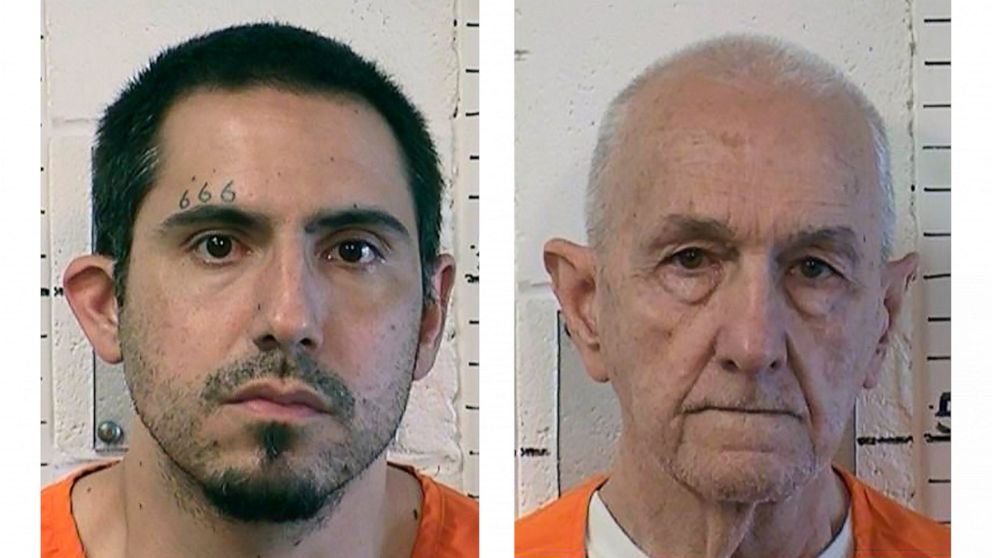 Amador County District Attorney Todd Riebe said he had filed first-degree murder charges against Jason Budrow and will seek a sentence of life in prison without possibility of parole, the Sacramento Bee reported.

Budrow, 40, is accused of strangling Roger Reece Kibbe, whose body was discovered on Feb. 28 in their shared cell at Mule Creek State Prison southeast of Sacramento.

Budrow already is serving life without parole for strangling his then-girlfriend in 2011 in Riverside County.

Death penalty cases are costly and lengthy affairs that include automatic appeals. California hasn’t executed anyone since 2006 and Gov. Gavin Newsom has issued a moratorium on capital punishment while he is in office.

Kibbe, 81, was initially convicted in 1991 of strangling Darcine Frackenpohl, a 17-year-old who had run away from her home in Seattle. Her nearly nude body was found west of South Lake Tahoe below Echo Summit in September 1987.

Investigators said then that they suspected him in other similar slayings.

But it wasnât until 2009 that a San Joaquin County District Attorneyâs Office investigator used new developments in DNA evidence to connect him to additional slayings in Northern California counties.

Kibbe pleaded guilty to six additional killings in exchange for prosecutors not seeking the death penalty.

Kibbe was serving multiple life terms without possibility of parole when he was killed.

In a letter to The Mercury News last month, Budrow said he killed Kibbe on the same day they became cellmates, initially so he would have a cell to himself.

âWhat had started out as my original bare-bones plan of doing a straightforward homicide of a cellmate to obtain my single-cell status evolved into a mission for avenging that youngest girl and all of Roger Kibbeâs other victims,â he wrote.