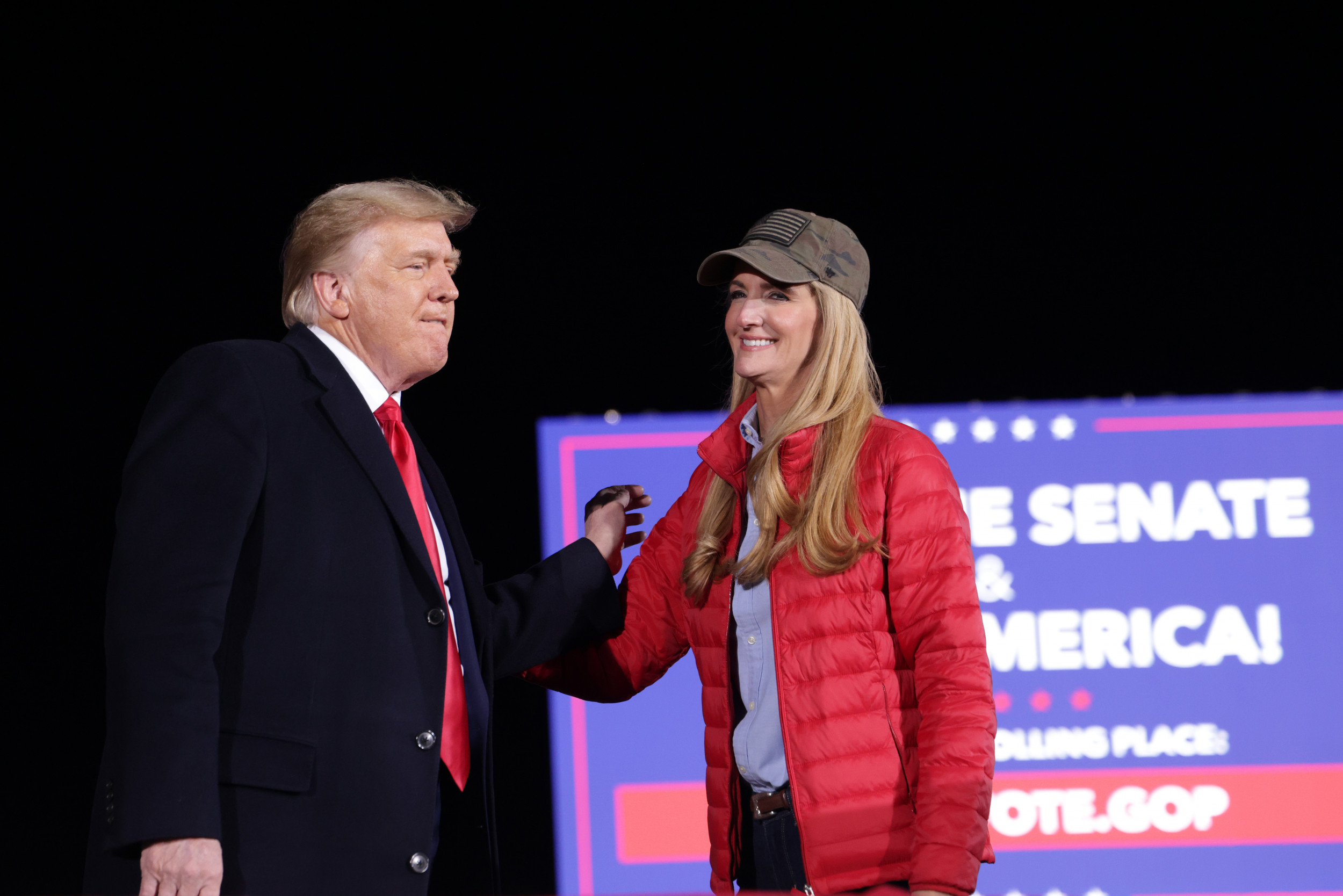 Stacey Abrams has criticized former Senator Kelly Loeffler (R-GA) for a new group the Republican has established aiming to increase GOP turnout in Georgia in the 2022 elections. The Democrat said Loeffler is engaging in “conspiracy theories.”

Loeffler was defeated by Democrat Raphael Warnock in a Senate runoff on January 6 but she did not rule out running against him again next year in an interview explaining her new organization Greater Georgia.

Greater Georgia is Loeffler’s answer to Fair Fight, a Democratic voting rights group started by Abrams, who ran unsuccessfully for governor in 2018. Loeffler’s organization will aim to mobilize more Republican voters while also pushing for “transparency and uniformity” in elections.

“We had unprecedented changes to our election laws in 2020 because of the pandemic,” Loeffler told the Atlanta Journal-Constitution.

“And we need to take a really hard look at the impact of those changes and why it drove trust in our elections so far down.

“What we have to do is look forward and say, OK, we know that there are certain safeguards that the majority of Georgians support,” she said.

The move comes as Republican-controlled state legislatures—including in Georgia— consider new restrictions on voting such as requiring photo ID for mail-in ballots and reducing early and absentee voting. Absentee ballots were widely used in 2020 and may have contributed to some Democratic victories.

Abrams criticized Loeffler’s new group on CNN on Monday, suggesting its aim was to make it harder to vote in Georgia. Loeffler, along with former Georgia Senator David Perdue, previously issued a statement alleging corruption and mismanagement in the state’s election.

They also echoed the language of former President Donald Trump and his allies about “legal votes”—a phrase the Trump campaign frequently used amid its unsubstantiated allegations of voter fraud.

“It’s deeply disheartening that a former US Senator would spend her time and her resources to publicly engage in the type of conspiracy theories that say that only certain Americans should be valued,” Abrams said. “That’s what Kelly Loeffler is proposing.”

“But I can’t be surprised,” she went on. “She accepted the support of Marjorie Taylor Greene, a QAnon conspiracy theorist, because in her mind, winning at all costs is more important than protecting the United States and the fundamentals of our democracy.”

Greene, a Republican representing Georgia’s 14th congressional district, had previously expressed support for the QAnon conspiracy theory before disavowing it. She was recently removed from two House committees after social media posts resurfaced where she appeared to endorse the execution of prominent Democrats.

While some Republicans have alleged irregularities or even widespread fraud in the 2020 elections, the Department of Homeland Security found the election was the “most secure in American history.”