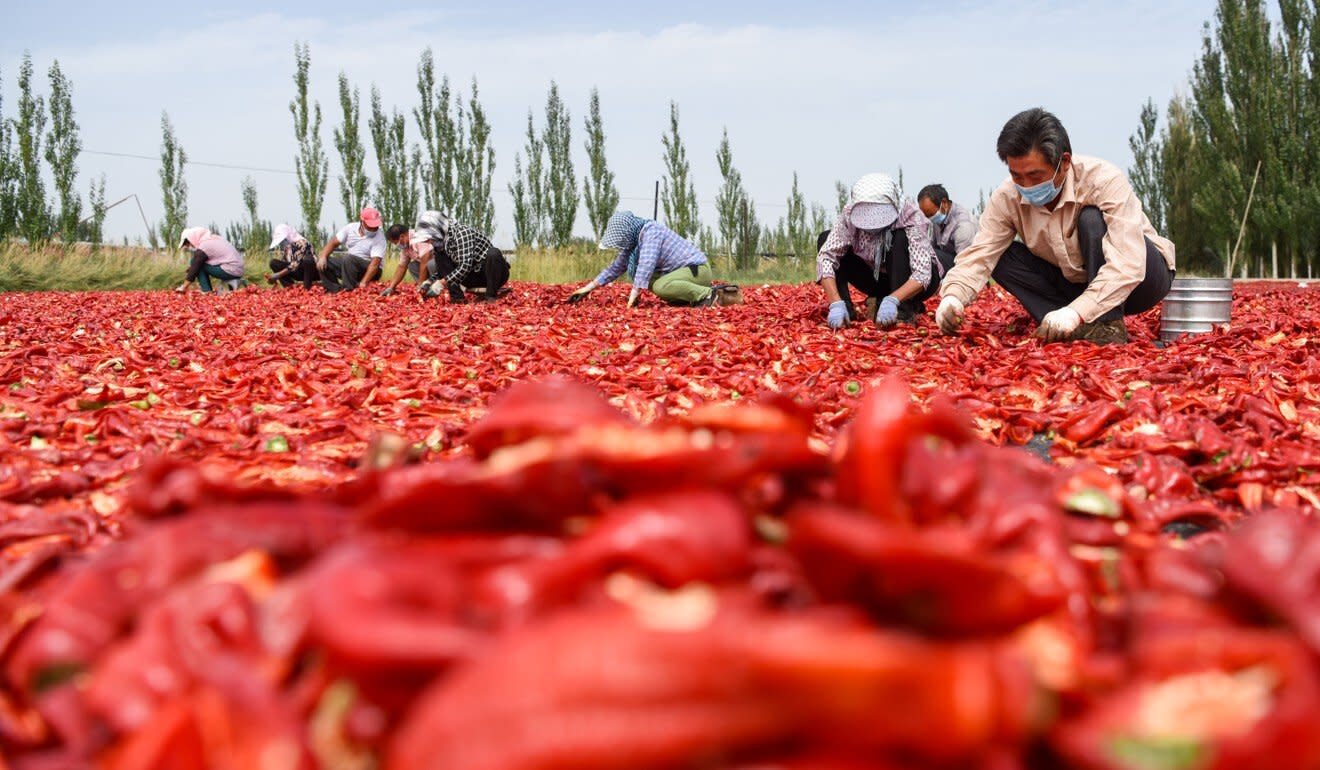 China is placing greater emphasis on food security and self-reliance to feed its 1.4 billion people, according to its annual blueprint for rural policies amid the pandemic, with an emphasis on utilising new agricultural technologies.

The new plan puts a comprehensive revitalisation of the countryside at the heart of the national agricultural strategy in the next five years.

The Central Committee of the Communist Party and the State Council, the nation’s cabinet, published their first joint policy statement of the year on Sunday, and it requires all provincial authorities across the country to maintain stable grain-planting acreage and to increase yields to improve the supply of wheat, corn, rice, cotton, edible oils, sugar and meat during the 14th five-year plan period that runs from 2021-25.

Get the latest insights and analysis from our Global Impact newsletter on the big stories originating in China.

The statement, known as the central government’s “No 1 document”, has been devoted to rural issues since 2003.

However, unlike in previous years, this year’s plan establishes a series of numerical targets for food production, including reaching an annual grain output of more than 650 million tonnes and creating 100 million mu (6.67 million hectares) of high-quality arable land that can guarantee bumper harvests despite natural disasters.

Beijing also reaffirmed in the document that all local Communist Party members must step up to shoulder the political responsibility to ensure adequate food output, just as local governments do.

The plan is the latest sign that China’s leadership aims to increase the nation’s reliance on its domestic harvest to feed its people while insulating the country from foreign uncertainties – the central tenet of the government’s dual-circulation economic strategy. The need for greater self-reliance comes as the coronavirus pandemic has disrupted the global food trade in the past year, as geopolitical disputes have worsened, and as droughts and floods have hit the domestic agricultural supply.

“The uncertainty and instability of the external situation have increased significantly; we must not take the food-security issue lightly for even a moment,” said Tang Renjian, China’s minister of agricultural and rural affairs, at a press conference on Monday. “We must raise the safety factor as high as possible, and produce and store more grains as much as possible.”

The “No 1 document” said the country will improve its subsidy policy for corn and soybean producers; encourage the planting of high-quality animal feed crops such as silage corn; stabilise soybean production; and protect basic pork-production capacity while diversifying its sources for agricultural imports.

Given China’s limited land and water resources, Tang said the fundamental method to increase grain production is to rely on modern agricultural technology and equipment to improve yields.

“[China] should adhere to self-reliance in agricultural technologies and fight for a turnaround in the seed industry,” he said.

“Now, the global breeding industry is in the process of a scientific and technological revolution,” Zhang Taolin, vice-minister of agriculture, said on Monday. “We need to seize the opportunity and speed up innovations.”

The “No 1 document” this year, for the first time, details policies to support new seed development in a separate section of the report, after the central economic work conference’s policy-setting meeting in December designated the seed sector as a key component in China’s national security strategy.

Analysts said the new plan further highlights the importance that Beijing is placing on agricultural and technological self-reliance.

“Technologies and industries related to breeding are likely to become an important field of new investment in the agricultural sector in the future,” analysts with Guotai Junan Securities wrote in a note on Monday.

“Biological breeding is expected to continue to be protected by the policies, and the commercialisation of genetically modified corn is likely to advance steadily,” analysts at Citic Securities said in a note on Monday.

The new plan follows through on a pledge by President Xi Jinping to make rural revitalisation a priority after Beijing declared victory last year in its battle to eradicate extreme poverty in the nation, despite the impact of the pandemic.

“If we want to rejuvenate the nation, we must revitalise the countryside,” the document says, calling on the whole country to help make farming “efficient”, the countryside “good for living”, and the country’s peasants “rich”.

Additionally, Beijing is expected to officially launch a new central government rural-revitalisation bureau on Thursday, replacing the State Council leading group office on poverty alleviation and development, according to the state-run newspaper The Beijing News.