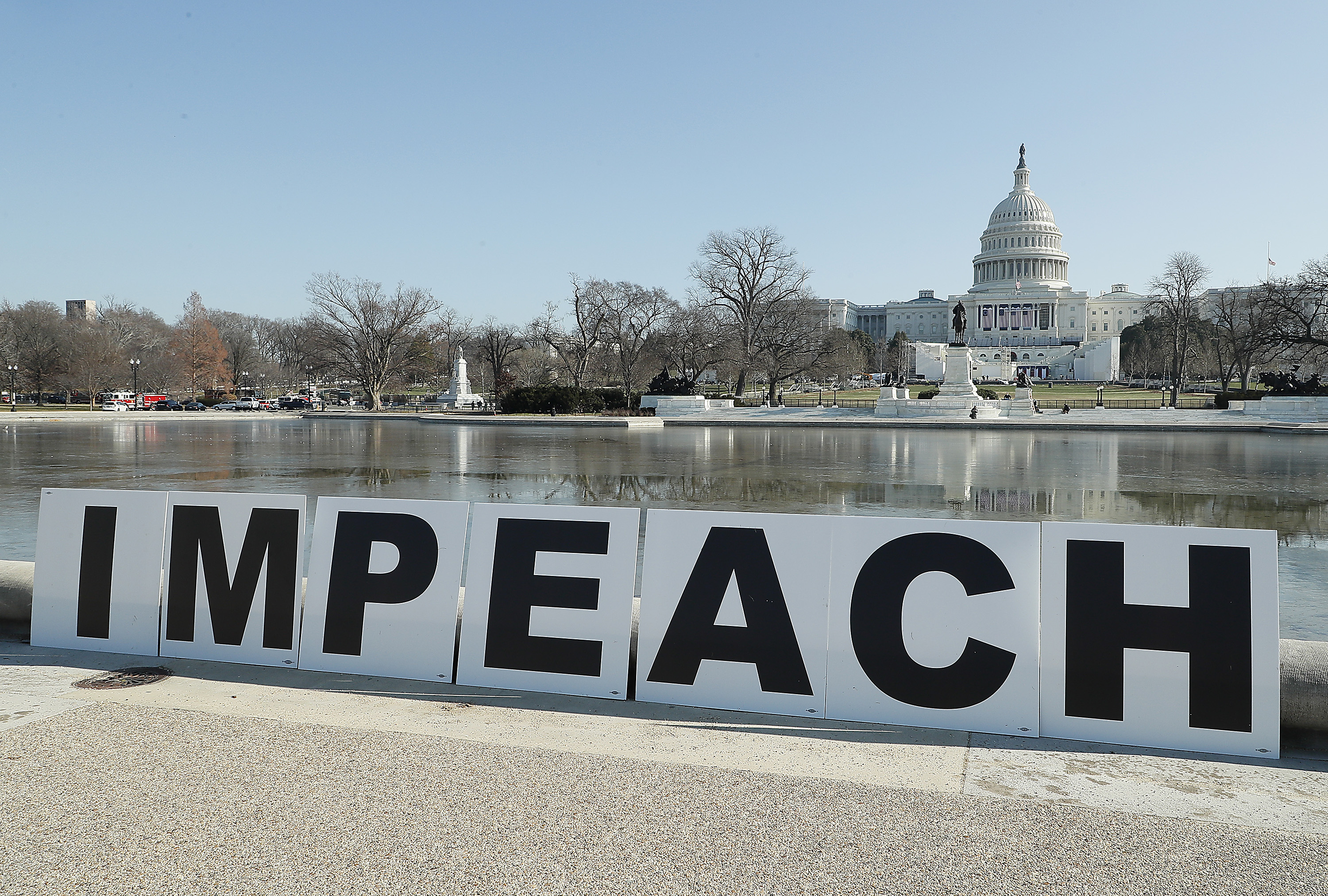 President Donald Trump became the first president in history to be impeached twice on Wednesday, with far more lawmakers supporting this resolution than the one voted on in 2019.

The House of Representatives voted 232 to 197 to charge Trump with “incitement of insurrection” after a mob of his supporters stormed the U.S. Capitol on January 6 to protest the certification of President-elect Joe Biden‘s win. Five people died in the riot, including one law enforcement officer.

“Shortly before the Joint Session commenced, President Trump, addressed a crowd at the Ellipse in Washington, D.C. There, he reiterated false claims that ‘we won this election, and we won it by a landslide,'” the impeachment article read. “He also willfully made statements that, in context, encouraged — and foreseeably resulted in — lawless action at the Capitol, such as: ‘if you don’t fight like hell you’re not going to have a country anymore.'”

More Republican members joined in this charge than the previous impeachment resolutions brought against Trump. In 2019, Trump was impeached on charges of abuse of power and obstruction of Congress over his dealings with Ukraine. But he was later acquitted in the Senate.

The abuse of power charge passed the House 230 to 197, with zero Republicans voting in favor of the impeachment article. On the issue of obstruction, the House vote was 229 to 198. Again, no Republicans joined Democrats in passing the article.

Some Democrats also split from their party and opposed the impeachment articles. Jeff Van Drew of New Jersey, who later switched parties and became a Republican, objected to both charges. Jared Golden of Maine opposed the obstruction charge but approved of the abuse of power charge.

Golden released a statement earlier this week signaling he approved of charging Trump on the insurrection article, writing: “I do not believe there has ever been a clearer case for the immediate impeachment of a president, as well as for his removal from office and disqualification from holding future public office.”

There were also signs ahead of the impeachment vote that Republicans were going to break ranks with the president. Representative Liz Cheney, the number 3 Republican in the House, announced Tuesday that she was in favor of impeaching the president.

“The President of the United States summoned this mob, assembled the mob, and lit the flame of this attack. Everything that followed was his doing. None of this would have happened without the President,” she said.

Cheney added, “There has never been a greater betrayal by a President of the United States of his office and his oath to the Constitution.”

Here are the lawmakers who did not vote in favor of Trump’s impeachment in 2019 but did so on Wednesday.