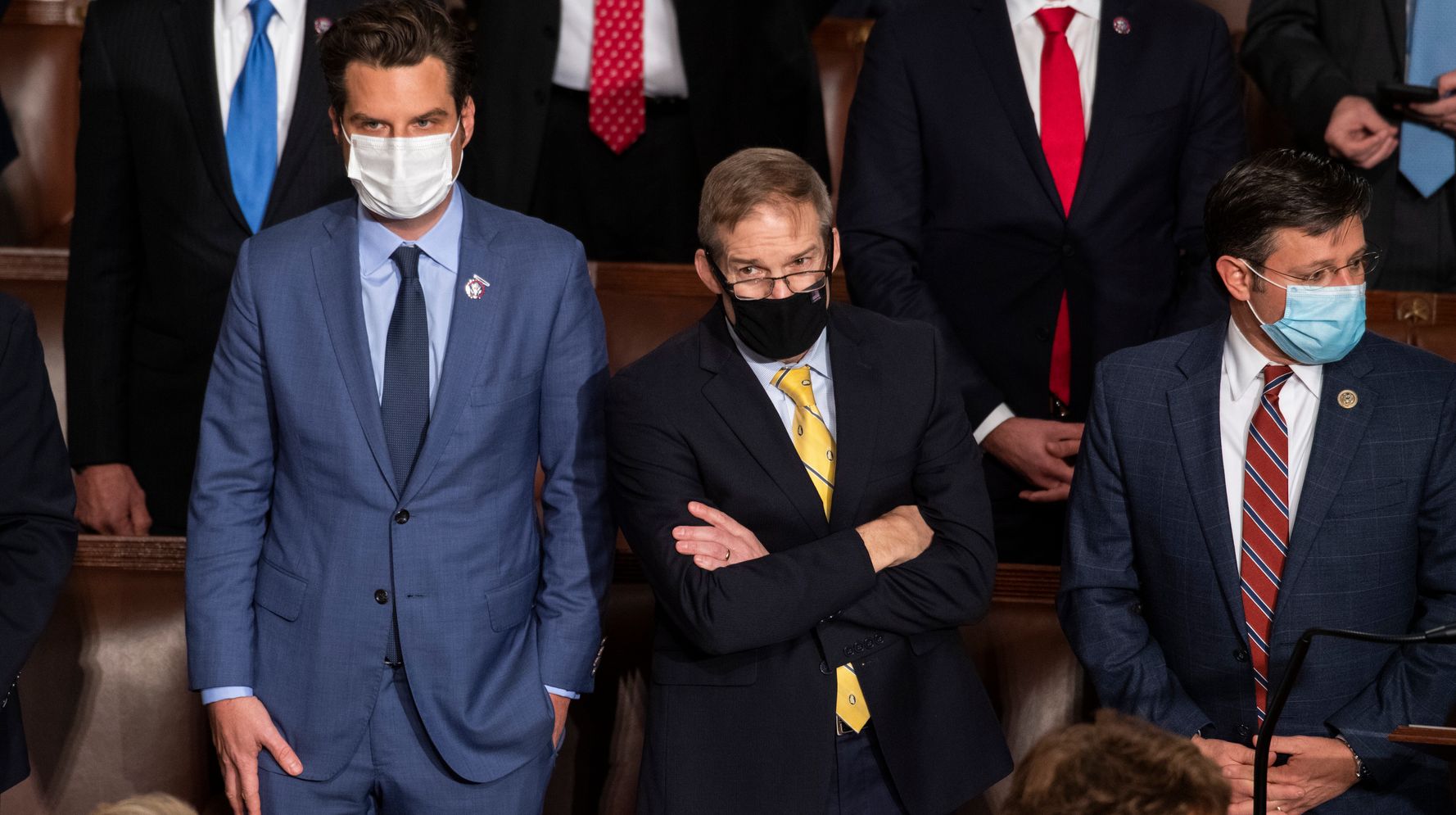 Several Republican members of Congress said Wednesday that instead of impeaching President Donald Trump for a second time, Democrats should simply step back and allow for a peaceful transition of power to President-elect Joe Biden.

“In seven days there’ll be a peaceful transfer of power, just like there’s been every other time in our country, but Democrats are going to impeach President Trump again,” Rep. Jim Jordan (R-Ohio) said during the debate on the floor of the House of Representatives.

Jordan was one of a number of Republicans who spoke as though an impeachment resolution would interfere with that transition. After all, Biden is supposed to be inaugurated in just a week.

The only problem is that the peaceful transition of power has already been ruined. Trump incited a mob to attack the Capitol last week as lawmakers certified the result of November’s election, which the president and his Republican backers in Congress falsely claim Biden didn’t win fairly.

Rioters stormed both the House and Senate, interrupting the proceedings and killing a police officer. Law enforcement has warned of even worse violence to come, and the capital city is flooded with members of the National Guard in hopes of quelling more unrest over the next seven days.

Lawmakers had to step over sleeping soldiers to get to the House floor on Wednesday, and yet Republicans repeatedly said there would be a peaceful transition if only Democrats refrained from impeachment.

“This action will only serve to further offend the 75 million people who voted for President Trump, and further deepen the division within our nation as we try to move forward with a peaceful transition of power,” said Rep. Bob Good (R-Va.).

“Let us celebrate the peaceful transition of power to a new president, rather than impeaching an old president,” said Rep. Tom Cole (R-Okla.).

In loftier terms, House Minority Leader Kevin McCarthy (R-Calif.) suggested that impeachment would fly in the face of the kind of peaceful transition the founders envisioned.

“We must seize this opportunity and heal and grow stronger,” McCarthy said. “United, we can deliver peace, strength and prosperity our country so desperately needs. Divided, we will fail.”

Last week, even after the riot, Good, Cole, McCarthy and 144 other Republicans voted to throw out the election results, citing the same fake fraud claims that inspired the insurrection.

“We have already missed the boat on a smooth transition to a new president,” Eric Rauchway, a history professor and expert on presidential transitions at the University of California, Davis, said in an interview.

In a video last week telling his supporters to stop occupying the Capitol, Trump still said the election had been “stolen” from them. In another video statement acknowledging that a new administration will be inaugurated on Jan. 20, the president did not congratulate Biden, and he has said he will not attend the inauguration.

“We have no evidence that the president is committed to a peaceful transition of power to his successor,” Rauchway said.

Rauchway is the author of a book on the acrimonious presidential transition from Herbert Hoover to Franklin Roosevelt in the early 1930s. He said that the handoff from Hoover to Roosevelt and the current mess, where yet another week remains for insurrectionists to sabotage the transition, suggest the nearly three-month interval between election and inauguration is much too long.

“Nobody looks at that and says ‘I can see why that makes perfect sense,’” Rauchway said.