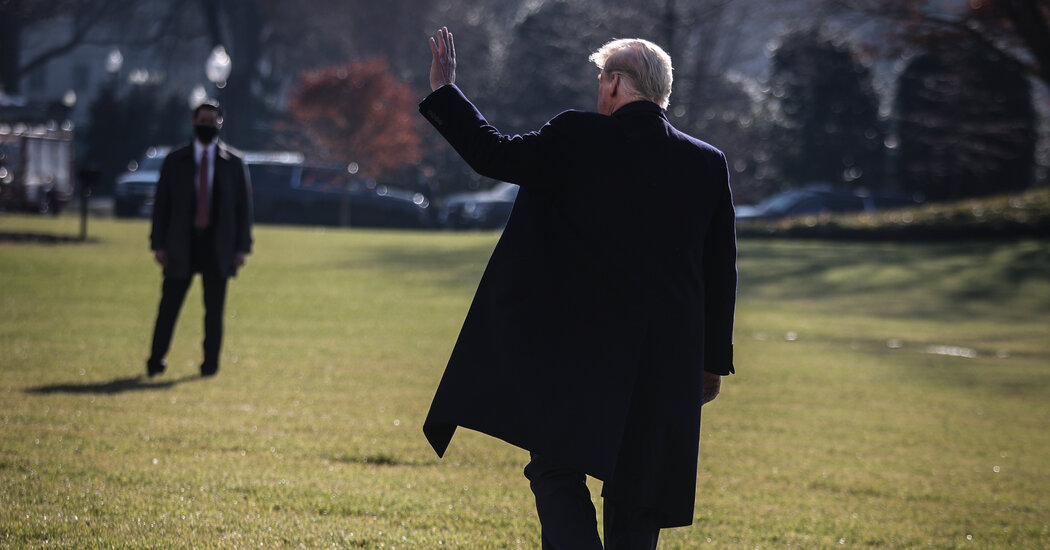 It has a certain karma to it. This is, after all, how Mr. Trump has always treated everyone he has used and abused over the past 40 years. âUse âem up and throw âem away.â

On Monday, President Trump met with Vice President Mike Pence for over an hour. This was their first meeting since Mr. Trump sicced his mob of rioters to march on the Capitol while vilifying the vice president for his failure to shield him from electoral failure and disgrace. The mob obliged by chanting Mr. Penceâs name and constructing a makeshift gallows.

The meeting between these two men was described in the media as a âgood conversation.â What might we all have sacrificed to have been a fly in the vice presidentâs hair so we might have garnered a much more authentic depiction of their interaction?

As a lifelong Democrat, I remember the times that Representative Liz Cheneyâs words struck me like fingernails on a chalkboard. But as I read her call for impeaching President Trump, I can only say that she said it best of all. I salute her.

Representative Mo Brooks told the crowd before going to the Capitol that they should start âkicking assâ and urged them to âfight for America.â Representatives Marjorie Taylor Greene and Lauren Boebert, before the surging crowd, referred to the day as Republicansâ â1776 moment.â All three were inciting the crowd to commit violence against the government, in violation of their oath of office.

What they did amounted to treason.

Even though the pandemic has intensified, and millions of families and small business are suffering, the Democratic leadership seems ready to make punishing a defeated enemy its first priority. President Trump richly deserves impeachment, but if the Democrats take impeachment proceedings beyond Jan. 20, the media and the public will be forced to focus on Mr. Trump for weeks or even months. Nor is the outcome of an impeachment trial assured in advance.