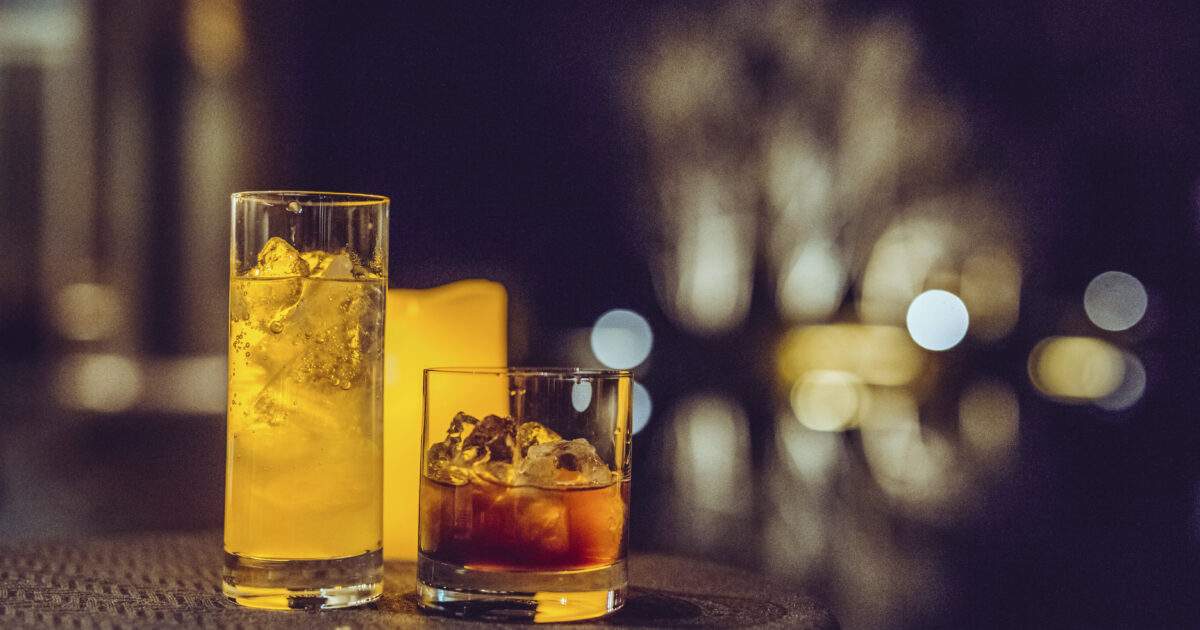 This year, not even the government is going to try to tell you not to drink. Updated U.S. dietary guidelines go about like you would expect (eat your vegetables and fruits, stop eating so much processed meat and refined grains, etc.). But the guidelines—updated every five years—are surprising in one way: they don’t adopt a recommendation from experts to revise down alcohol limits for men.

The U.S. Department of Agriculture (USDA) and the Department of Human and Health Services (HHS) have the final say on the guidelines. But they take recommendations from a panel of experts—who said in a summer report that men should not drink more than one alcoholic beverage per day. That’s down from saying two alcoholic beverages per day is OK for men, and on par with the drink limit recommended for women.

However, the newly released Dietary Guidelines for Americans do not include this recommended change.

Although “the preponderance of evidence supports limiting … alcoholic beverages to promote health and prevent disease, the evidence reviewed since the 2015-2020 edition does not substantiate quantitative changes at this time,” it says.

The whole thing is sort of silly, as the nutrition content and health effects of alcoholic beverages are highly dependent on what type of drink is being consumed, as well as how quickly, whether it’s with a meal (and what sort), and things like body size, metabolic status, and a host of other personal health factors.

But “sort of silly” is pretty much the mantra of the dietary guidelines, which have always been beholden to business and agricultural interests, nutritional fads, and a whole lot of dubious science, as well as painfully slow to change. “We have the situation where we just cannot reverse out of these policies that were originally based on really weak science,” Nina Teicholz—author of The Big Fat Surprise: Why Butter, Meat and Cheese Belong in a Healthy Diet—told Reason in 2018.

What the 2020 dietary guideline gurus wrote about alcohol isn’t terribly unreasonable, From their executive summary:

The committee adds that “there is evidence to tighten [recommendations] for men such that recommended limits for both men and women who drink would be 1 drink per day on days when alcohol is consumed.”

It also recommends that people cut added sugars (a.k.a. those that don’t naturally occur in food)—another update that was rejected.

Vaccine rollout efforts are off to a worryingly slow start. “The goal of Operation Warp Speed, a private-public partnership led by Vice President Mike Pence to produce and deliver safe and effective Covid-19 vaccines to the public, is to ensure that 80 percent of the country’s 330.7 million people get the shots by late June,” notes CNBC. “To meet that goal, a little more than 3 million people would have to get the shots each day, the math shows.” But in the past two weeks since the vaccines started going out, only about 2 million total (of the 11.5 million vaccine doses shipped so far) have been administered.

President Donald Trump issues “Executive Order on Expanding Educational Opportunity Through School Choice.” But like so many of Trump’s executive orders, this one is basically all smoke and mirrors. While the “headline suggests it creates a federal school choice program for students whose schools have gone all-remote,” it actually “creates no program, and what it does do would require about a year of sustained bureaucracy-wrangling and lawsuit-fending-off effort by the White House and the HHS secretary before it would produce any real effect,” writes Greg Forster, a fellow with EdChoice. More here.

BREAKING NOW: LMPD is planning to fire Det. Joshua Jaynes – the officer who obtained the search warrant for #BreonnaTaylor‘s home. His lawyer confirmed to @WHAS11 a pre-termination notice. pic.twitter.com/yWCFGaoJF5

The Senate voted 38-29 to give millions of women access to legal terminations under a new law supported by President Alberto Fernández. The margin was expected to be much smaller. Massive crowds of abortion rights activists and anti-abortion campaigners gathered outside the Palace of the Argentine National Congress to await the results, which came in the early hours of the morning after an overnight debate.

Mexico’s Senate passed a bill in late November legalizing recreational marijuana. Lawmakers in the lower house say they will approve a bill by February, though they want to raise the amount of pot consumers may possess in public beyond the Senate bill’s limit of 28 grams, or about an ounce. Currently in Mexico, one can possess up to five grams of marijuana without being arrested.