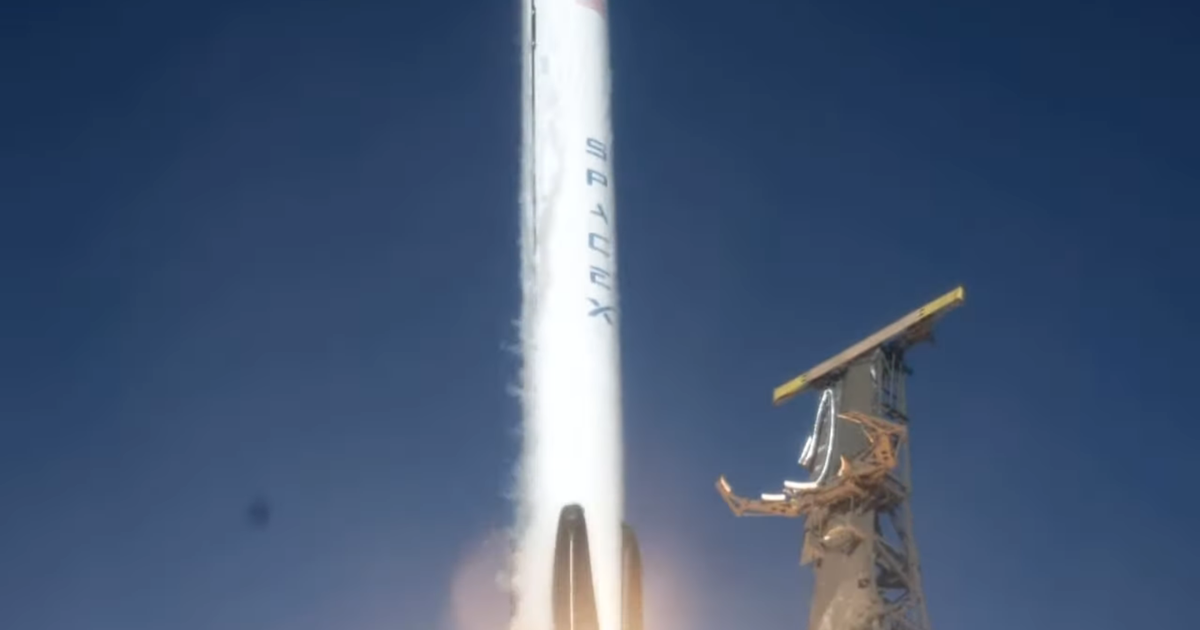 Saturday’s SpaceX launch may be a small step for a company that is making increasingly regular trips into orbit, but the latest mission’s payload represents a giant step for climate studies here on Earth.

The launch itself was a success by all measures. SpaceX’s Falcon 9 rocket lifted off from a launchpad at the Vandenberg Air Force Base in California on Saturday morning, shortly after 9:00 a.m. PT. The weather was beautiful and the launch happened right on schedule, as you can see in the video below.

The first stage of the Falcon 9 separated a few minutes after launch. This particular SpaceX rocket is partially reusable, and so the first stage returned to the ground unharmed, with a controlled descent and a pitch-perfect landing that drew cheers from observers.

But again, it’s the payload that matters. This Falcon 9 carried NASA’s Sentinel-6 Michael Freilich satellite into orbit. It’s the first step in a two-phase mission that will provide researchers with more real-time data on a planet that’s undergoing a process of significant climate change.

The real Dr. Michael Freilich for whom the satellite is named was a former director of NASA’s Earth Science Division. According to the space agency’s fact sheet, it was Freilich who pioneered the idea of researching oceanography from space.Â

This initial launch will get the mission of studying Earth’s changing climate underway, though an identical second Sentinel-6 satellite is set to launch in 2025. Those two satellites together with eventually form a power duo, but the Sentinel-6 Michael Freilich will be hard at work even during the five years it spends flying solo.

According to NASA, the Sentinel-6 satellites will offer better coastal monitoring than we’ve had before, with more precise insights into changing sea levels. That research will also be packed with more data, giving researchers an even better understanding of the forces propelling these changes.

The Sentinel-6 will also rely on the existing network of orbiting satellites, reading their radio signals as they pass through Earth’s atmosphere. This will enable the measuring of “minute changes in atmospheric density, temperature, and moisture content.”

The net result of all this research should lead to improvements in our Earthly weather forecasts, including improved tracking as hurricanes form and moving across the planet. Given 2020’s dangerously record-breaking hurricane season, that’s encouraging news for our increasingly storm-ravaged planet.