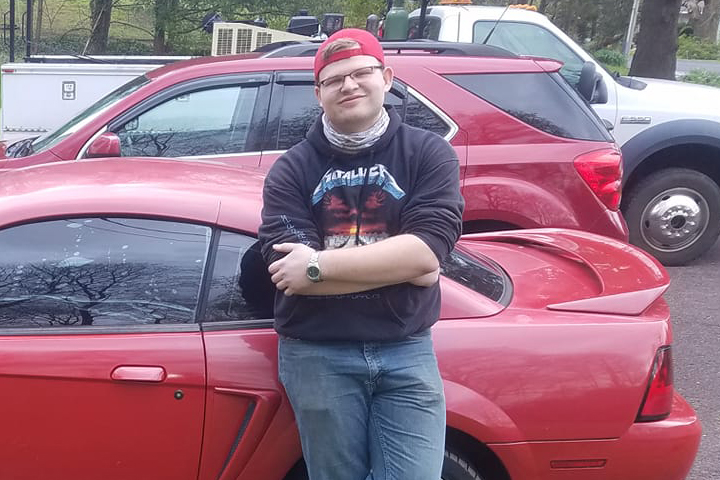 An 18-year-old man was shot dead while watching the sunset with his girlfriend in a Pennsylvania park — possibly by a hunter who was spotted nearby at the time, authorities said Monday.

Jason Kutt was sitting at the edge of the lake in Nockamixon State Park at around 5:15 p.m. Saturday when he was struck once in the back of the neck, Bucks County District Attorney Matt Weintraub said at a press conference.

“They were just a young couple with their whole lives ahead of them trying to enjoy a peaceful sunset,” Weintraub said.

Kutt’s girlfriend told authorities she saw a man dressed in bright orange hunting gear standing behind a gate down the road, about 550 feet away, following the shooting.

“I believe this was either just a tragic accident or it could be a hunter who wasn’t potentially hunting the way they were supposed to,” Weintraub said.

Hunting was allowed at the state park on the day Kutt was shot, authorities said.

Cops, including a K9 unit and a State Police helicopter, scoured the area and didn’t find any suspects for the shooting.

Kutt, a recent high school graduate from the Philadelphia suburb of Sellersville, was rushed to an area hospital, where he was pronounced dead on Monday.

“We don’t have any suspects. We don’t even know if a crime has been committed yet,” Weintraub said.

He urged any hunters or visitors who were at the park between 5 and 6 p.m. Saturday, or anyone who knows of someone who might have been hunting at there that day, to contact Bucks County detectives.

“This is just a terrible tragedy and right not we’re trying to find out who was at the other end of this gun and whether a crime has been committed.”

The Kutt family released a statement on Facebook Monday announcing Jason’s death and asking anyone with information relating to the investigation to come forward.

“He loved playing his guitars, video games, and taking walks in nature to take amazing pictures and spending time with his girlfriend,” the statement read.

“Please remember to hug your loved ones because tomorrow is never promised.”