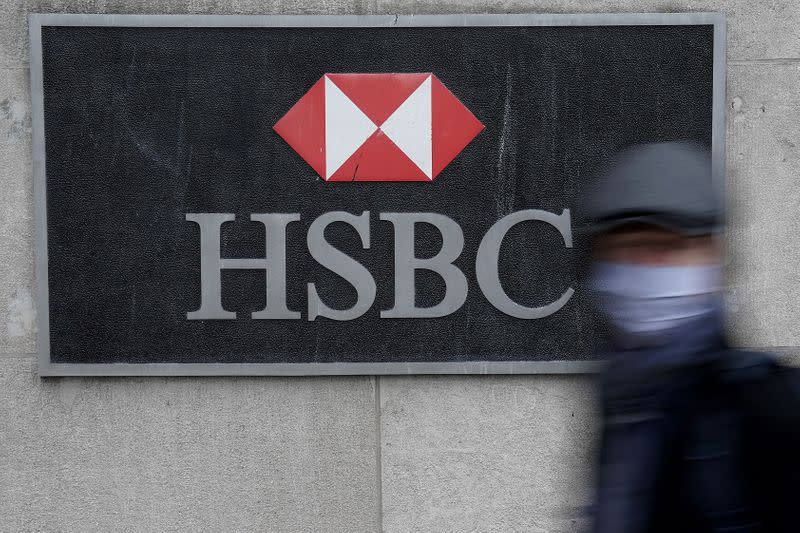 By Sumeet Chatterjee and Lawrence White

The plans were unveiled as it posted a less-than-expected 35% drop in quarterly profit and flagged an easing in its provisions for bad loans, citing an expected improvement in the economic outlook in its main markets.

Reported pretax profit for Europe’s biggest bank by assets came in at $3.1 billion for the quarter ended Sept. 30, down from $4.8 billion in the same period a year earlier.

The profit was higher than the $2.07 billion average of analysts’ estimates compiled by the bank.

Asia-focused HSBC said it expected losses from bad loans to be at the lower end of the $8 billion to $ 13 billion range it set out earlier this year.

“This latest guidance, which continues to be subject to a high degree of uncertainty due to Covid-19 and geopolitical tensions, assumes that the likelihood of further significant deterioration in the current economic outlook is low,” it said.

Faced with fewer options to bolster revenue growth, HSBC has been looking to reduce costs globally and in June resumed plans to cut around 35,000 jobs it had put on ice after the coronavirus outbreak.

Other measures in the lender’s global restructuring drive, unveiled in February, include the disposal of its French business, which it may have to sell at a big loss, Reuters reported last month.

HSBC, which in common with other British lenders stopped paying dividends earlier this year at the request of regulators, said it would communicate a revised dividend policy in February 2021.

Analysts and investors fear the lender could cut payouts in the long run.

(Reporting by Sumeet Chatterjee in Hong Kong and Lawrence White in London; Editing by Edwina Gibbs)