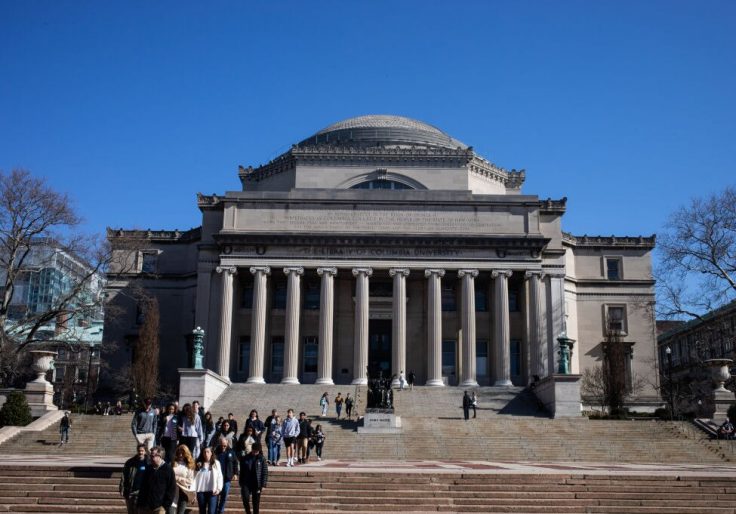 Welcome back to Campus Insanity, a weekly roundup of the craziest developments at our nation’s 4,000-plus institutions of higher education.

Students at Columbia University voted in favor of an anti-Israel referendum that calls on the university to divest from companies that do business with Israel.

5. Cornell Professors Demand University ‘Decolonize’ Curricula Across the Board | The College Fix

A group of Cornell University faculty, graduate students, and staff sent a letter to the university demanding a change in curricula to emphasize “decolonized readings.”

Ohio State students are upset after the school published information about two black hate crime suspects, as it is required to do under federal law.

Students at an Idaho community college were instructed to identify privileges specific to men, white people, and members of the “majority religion.”

Note: In Campus Insanity Vol. 10, we noted that San Francisco State University invited Palestinian terrorist Leila Khaled—who is a member of a terror group that has killed Americans and was the first woman to hijack a plane—to speak at an event on gender and justice. The Washington Free Beacon reported on Thursday that Rep. Doug Lamborn (R., Colo.) is now calling on federal authorities to investigate the university for hosting Khaled.

Chrissy Clark is a staff writer at the Washington Free Beacon. She reports on college campuses and issues of higher education. Her work is featured in The Federalist and The Daily Signal. Chrissy received her degree in political science from Michigan State University. Follow her on social media @chrissyclark_ or contact her at chrissy@freebeacon.com.

Alex Nester is an intern at the Washington Free Beacon and will begin a fellowship with The Public Interest in September. She graduated from Hillsdale College this spring with a bachelor of arts in economics.