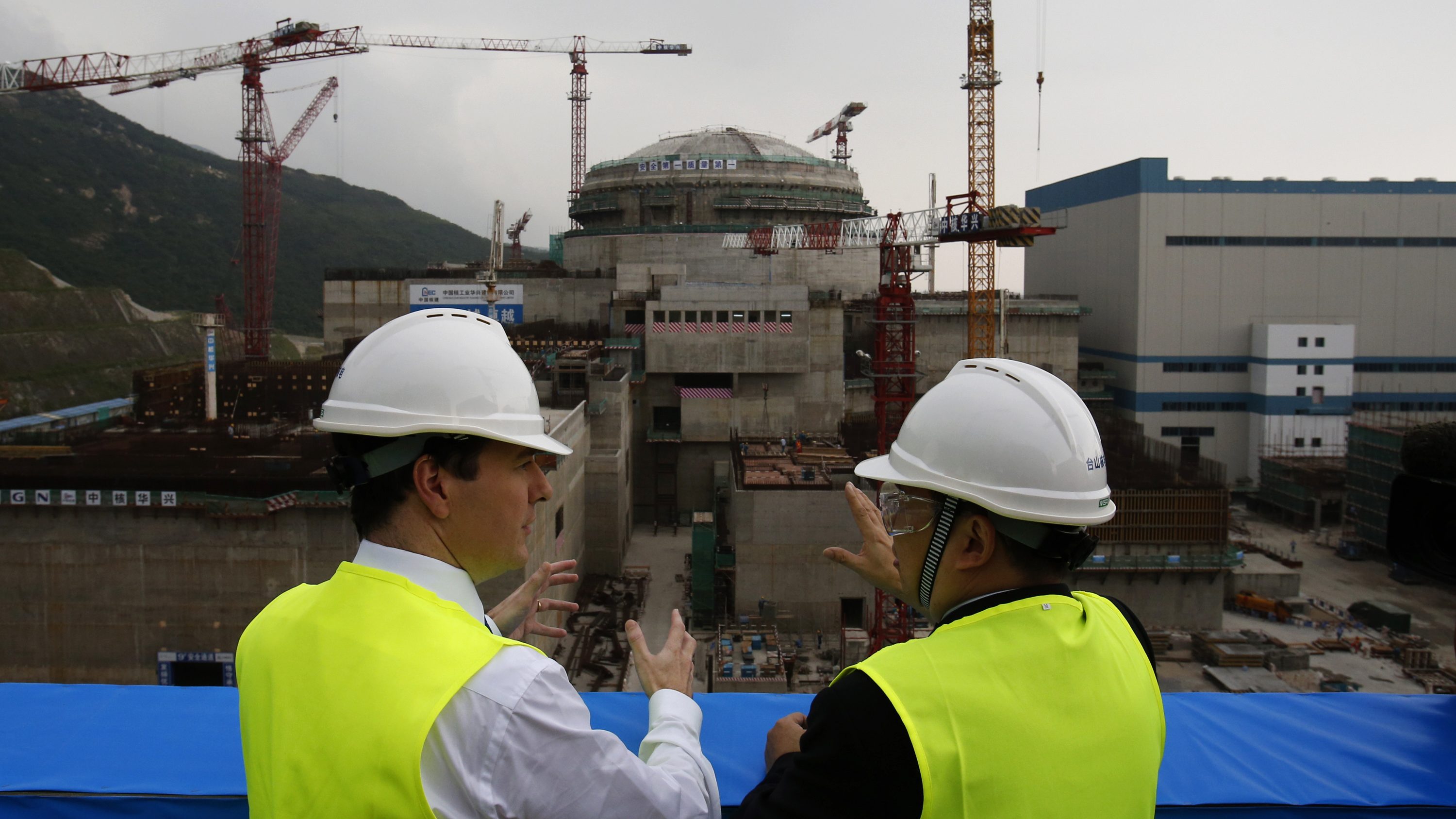 ﻿On Sept. 22, China announced an ambitious goal to cut its carbon footprint to net zero by 2060. Meeting it will require a sweeping overhaul of the country’s energy system—a transition complicated by the fact that the country is still rapidly building new coal-fired power plants, by far the country’s predominant energy source.

To replace all that coal capacity, China will rely primarily on wind power. The biggest relative gain would be in solar—no surprise, since China has spent the last several years building itself into the world’s leading solar superpower. But the plan also imagines a pivotal role for nuclear. If China meets its goals, it will become the world’s nuclear energy superpower within a decade.

On Sunday, researchers at Tsinghua University’s Institute of Energy, Environment, and Economy—a leading climate research outfit that works closely with the government—laid out the details of what that transition will look like, including nuclear capacity that would nearly quadruple from today’s levels.

That anticipated gain sets China’s decarbonization agenda apart from those of Europe and the US, where nuclear is contentious among environmentalists despite being a major source of zero-carbon electricity.

Globally, the nuclear power industry has been in rough shape for a number of years, said Jacopo Buongiorno, a nuclear scientist at the Massachusetts Institute of Technology who led a major 2018 report on the industry’s outlook. In the US and Europe, public opposition, high building and operating costs, and inefficient construction methods have stalled the construction of new plants and led to the closure of existing ones.

Meanwhile, China’s industry is quickly gaining steam, with 11 new plants under construction, more than any other country. China is poised to overtake the US as the world’s top producer of nuclear power by 2030.

“Right now, the center of gravity has decisively shifted toward China,” Buongiorno said. “They’re growing fast and [the US and EU] are shrinking. They’re trying everything, which is quite exciting to watch.”

In addition to traditional behemoth, grid-connected nuclear plants, China is developing compact plants designed to heat buildings that can be sited in residential neighborhoods. The country is rolling out small plants that float on ocean barges, which can be used to power offshore oil and gas operations. And it’s building cutting-edge plants that operate at exceptionally high temperatures and are used for industrial facilities.

Construction costs in the country are relatively low, because the industry has consolidated its supply chain, cultivated an experienced workforce, and built up dedicated, high-efficiency construction sites. Plus, the government has supported an effective independent regulatory agency to oversee all of this, and so far has not had any significant accidents, Buongiorno said.

Beyond its climate benefits, nuclear is a useful tool for a variety of China’s economic goals, said Jessica Lovering, a PhD candidate in nuclear energy policy at Carnegie Mellon University. The new generation of plants can be built close to coastal population centers, alleviating the need to transport coal from far inland. And floating plants help the country beef up its presence among geopolitically contested islands in the South China Sea.

“China is much more explicit [than the US or EU] about the role nuclear will play in its decarbonization strategy,” she said. “And it makes sense to promote the climate benefits because they’re going to be building it anyway.”

Still, the pace of construction has slowed since the Fukushima disaster, and the country is behind on its short-term construction goals. To meet the 2050 target, “they need to ramp up quite a bit,” Lovering said. “But it’s not impossible.”

Meanwhile, without new forms of government support, plants in the US will continue face an uncertain future, Buongiorno said. That puts more pressure on wind, solar, and hydro power to pick up the zero-carbon slack.

“The picture for the existing fleet is certainly not very rosy,” Buongiorno said. “And that’s a shame, because when they shut down, the emissions go up.”