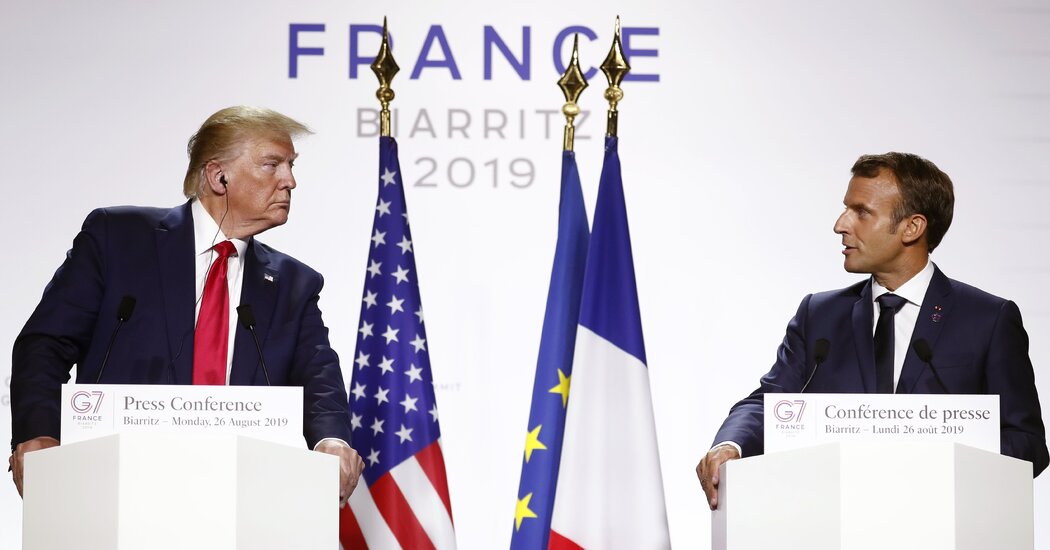 In May, as Europe was cautiously coming out of lockdown, Mr. Trump invited his fellow leaders to Camp David in June. In a phone conversation that fast turned sour, Chancellor Angela Merkel of Germany told him that she could not confirm she would be able to travel. Then Mr. Macron said the meeting could happen only if every leader was present.

Obviously irritated, Mr. Trump announced the postponement of the summit and suggested inviting leaders of other countries, including Mr. Putin. The Group of 7, he said, âis a very outdated group of countries. Why not G10 or G11?â

But Prime Minister Justin Trudeau of Canada and his British counterpart, Boris Johnson, soon let it be known that they would not accept Russiaâs return to the club. (Russiaâs addition turned the G7 into the G8 in 1998, but in 2014 Russia was kicked out over its military intervention in Ukraine.) That sealed the fate of President Trumpâs proposal.

The reality is that his Group of 7 colleagues wanted to avoid being instruments in creating a friendly photo op that would be promoted, in the heat of Americaâs election campaign, as an allied front against China, when in fact the Trump administration had offered no agenda for the summit.

The administrationâs isolation is also on display at the United Nations, with China actively filling the void. Washingtonâs decision in 2018 to withdraw from the multilateral deal intended to limit Iranâs nuclear program â despite intense lobbying from the âE3â (Britain, France, Germany) that had been instrumental in the dealâs success â is a perfect example of how Washingtonâs unilateral stance quickly became counterproductive.

Last month, when the United States asked the Security Council to approve extending a ban on the sale of conventional weapons to Iran, it came as a surprise to no one but Washington that, out of the 14 other Council members, only one, the Dominican Republic, came to Americaâs support. As unpleasant as it was to find themselves in the company of China and Russia, Europeans described the American move as incompatible with their efforts to salvage the Iran nuclear agreement. The E3 nations, whose resolve was hardened by Americaâs withdrawal, now lead the rest of the Security Council.

Three years ago, after a bruising NATO meeting with Mr. Trump, Ms. Merkel famously concluded that âwe, Europeans, must take our fate into our own hands.â But her warning was not followed by action, and it took a virus to succeed where politicians failed.