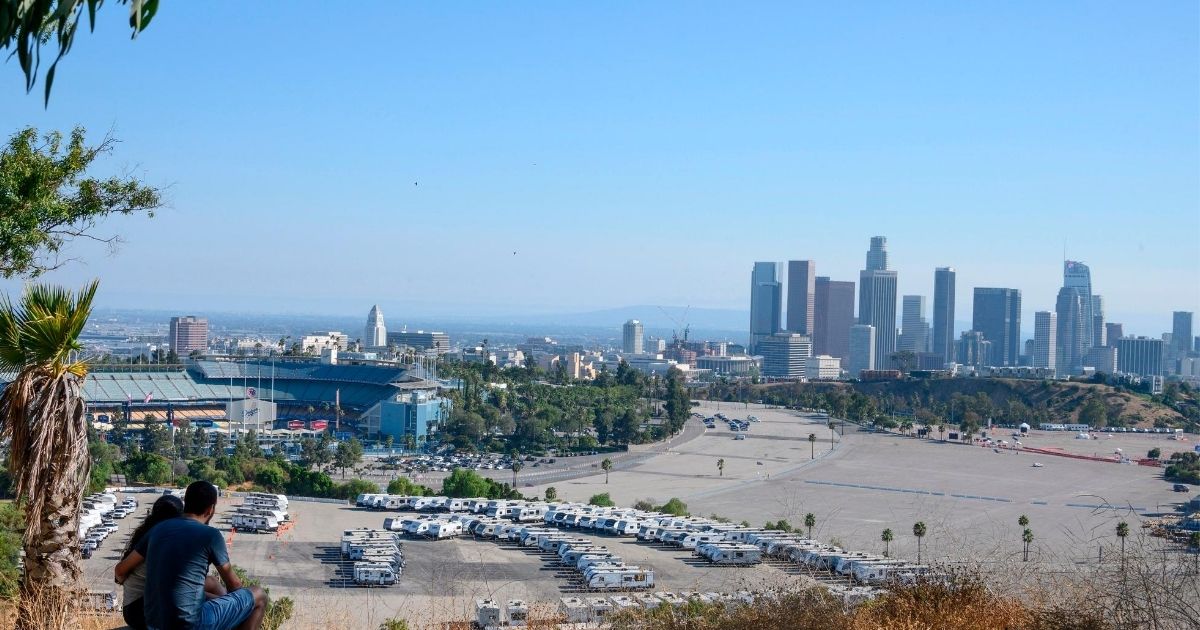 Even worse for the Golden State, the move comes with a prediction of exodus and the West Coast behemoth’s eventual disastrous decline.

Joe Rogan discussed his move with Dr. Debra Soh on an episode of “The Joe Rogan Experience” released Wednesday.

According to the host, who said he’s moving to Texas “at the end of the month,” several of his friends are leaving the state as well.

The host’s problems with California mirror some of the same issues others have cited when fleeing the liberal utopia.

“This place is crazy,” he said. “The lockdown still exists, right? The homelessness is completely out of control. The overpopulation is out of control.”

Even before the coronavirus pandemic began to bring California’s problems to the surface, so many people were fleeing the sunny paradise that the state was poised to lose a congressional seat as a result of the 2020 census.

Will California continue to decline under Democratic Party leadership?

It’s not just regular citizens feeling the pain in California, but businesses too.

Some have pulled capital from California cities over problems like basic sanitation and the homeless population, dealing a damaging blow to areas already hurting financially.

The state’s solution is to levy higher taxes, chasing even more people away.

“This state is bankrupt because they’re incompetent. They’re not going to become competent if you give them more money.”

“They’ve managed the money that they got very poorly, they already have high taxes. There’s a 13.5 percent state income tax here in California, and the place is still f—ed up.”

Watch the full clip of Rogan savaging California leadership below:

WARNING: The following video contains vulgar language that some viewers will find offensive.

Abandoning the state doesn’t appear to be a spur-of-the-moment decision for the podcasting legend.

Rogan threatened a move out of California as early as May.

If more people continue to abandon the Golden State, it won’t be long before California’s problems get even worse.