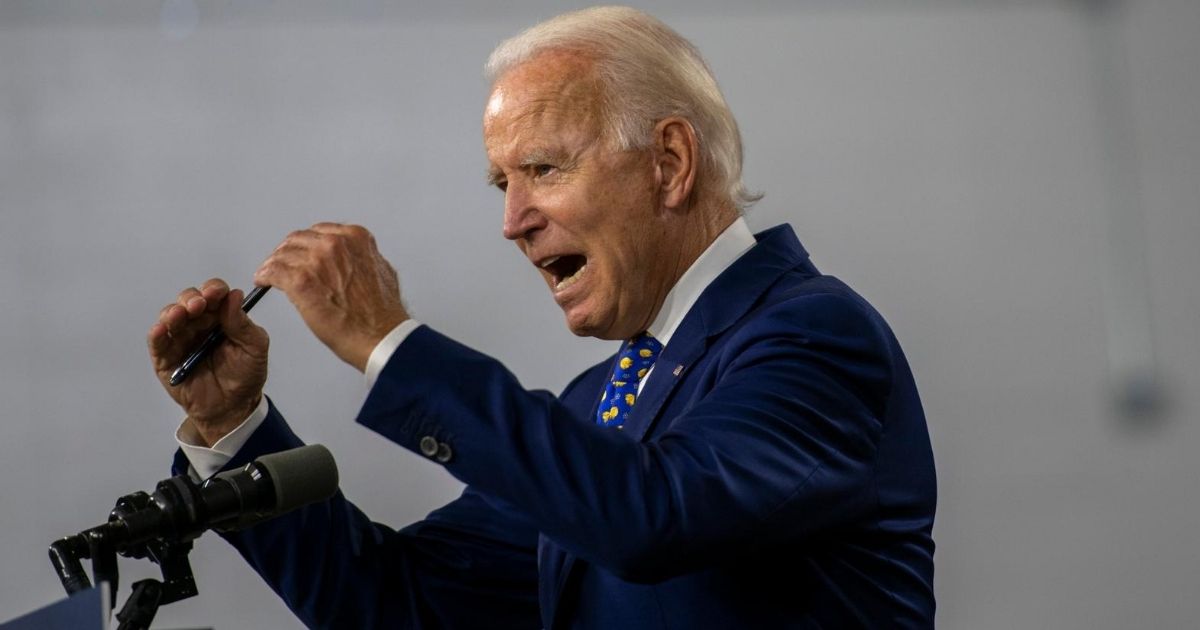 While condemning the time-honored bait-and-switch tactics of the Democratic Party, the leader of the Revolutionary Communist Party USA is calling on party members to support Democratic presidential nominee Joe Biden against Republican President Donald Trump in November.

Bob Avakian, leader of the Communist Party USA, announced his support for Biden in a statement on the party’s website.

The party was founded by Avakian in 1975. A July article in The Jewish Voice discussing the current wave of unrest sweeping the U.S. noted: “This wave of violence seems to be driven more by ANTIFA, which is a branch of The Revolutionary Communist Party, USA than the BLM movement itself (which is also Marxist).”

Although much of Avakian’s statement is a diatribe against what he called the “fascist” tactics of the Trump administration, he said it will not be enough in November to cast a “‘protest vote’ for some candidate who has no chance of winning.”

He called on his followers to vote “for the Democratic Party candidate, Biden, in order to effectively vote against Trump.”

Although insisting that “the struggle against this fascist regime needs to include voting against Trump by voting for Biden,” Avakian said Biden is hardly his ideal candidate.

“This is not because Biden (and the Democratic Party in general) have suddenly become something other than what they are: representatives and instruments of this exploitative, oppressive, and literally murderous system of capitalism-imperialism,” he said.

Democrats, Avakian said, are playing a game that has worked well for them in the past.

“It is true that, with every election, the Democrats run the same basic con game — blackmailing people who hate injustice and oppression to vote for them as the ‘lesser evil,’” he wrote.

Do you think this endorsement shows that Biden is a far-left candidate?

“And the Democratic Party has done this, time after time after time, while itself representing and seeking to preside over this system of capitalism-imperialism which has white supremacy, male supremacy, environmental plunder and wars for empire built into it, at the same time as the Democrats make noises about, and take some steps to implement, minor (and ultimately meaningless) reforms to supposedly address these outrages.”

Avakian said this has reduced many to “passive dependents on the Democratic Party and its role in the electoral process.”

But the best quality about Biden is that he is not Trump, Avakian suggested.

“The question is not whether Biden and the Democrats represent something ‘good,’ or whether, in fundamental terms, the Democrats are ‘better’ than the Republicans,” he wrote.

“Both of these parties are ruling class political parties, and none of their candidates represent anything ‘good’ in the most basic and essential sense.

“Biden is not ‘better’ than Trump, in any meaningful way — except that he is not Trump and is not part of the move to consolidate and enforce fascist rule, with everything that means.”

Biden is a communist hates all Americans. He has even told hard working Americans he isn’t working for them so who is he working for? #China maybe #Russia Let’s investigate and thrrow him in prison. https://t.co/amOmtD4YIL

“Angela Davis, who gained fame as a 1970s-era radical and was the Communist Party USA’s VP nominee in the 1980 and 1984 elections, told RT in an interview last month that the left should pick Mr. Biden because he can be ‘most effectively pressured’ into accepting their demands. https://t.co/JVdaFCdZnu

IT IS OFFICIAL! Bob Avakian, the radical founder and leader of the Revolutionary Communist Party just endorsed Joe Biden and instructed fellow communists to support Biden in the election. #WakeUpAmerica the socialists & communists infiltrated the Democrats years ago look it up

Above all, Avakian wanted to be sure that  his supporters understand one thing: “Our fundamental goal, and guiding star, remains: REVOLUTION — NOTHING LESS!”