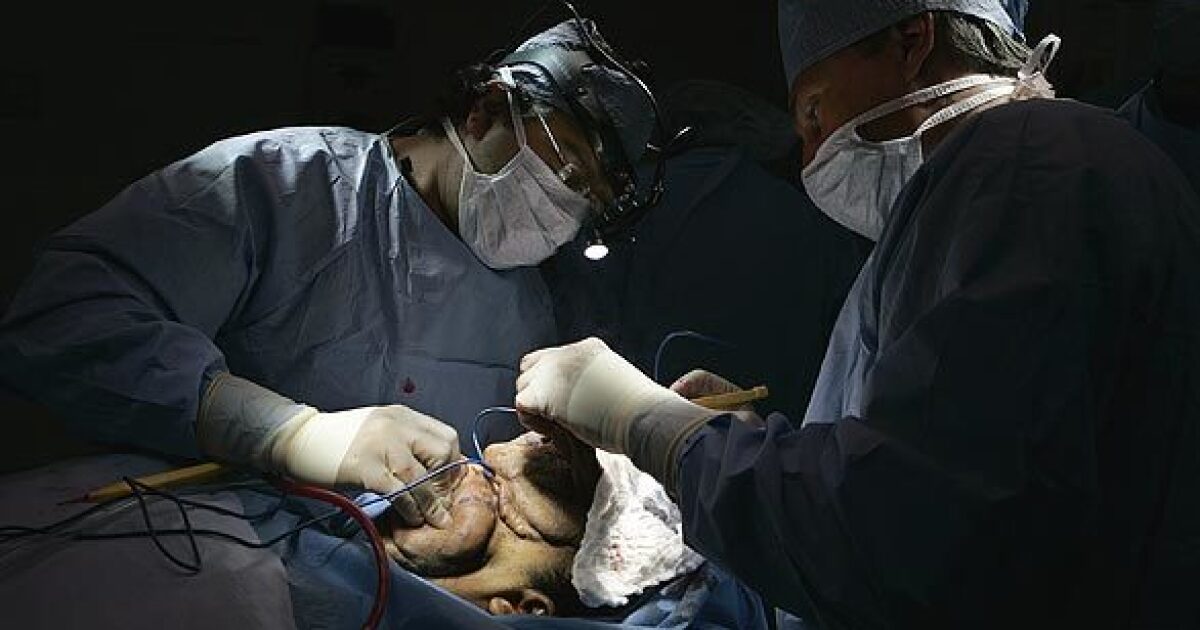 Three months ago, the nation watched as COVID-19 patients overwhelmed New York City’s intensive care units, forcing some of its hospitals to convert cafeterias into wards and pitch tents in parking lots.

Hospitals elsewhere prepped for a similar surge: They cleared beds, stockpiled scarce protective equipment, and — voluntarily or under government orders — temporarily canceled nonemergency surgeries to save space and supplies for coronavirus patients.

In most places, that surge in patients never materialized.

Now, coronavirus cases are skyrocketing nationally and hospitalizations are climbing at an alarming rate. But the response from hospitals is markedly different.

Most hospitals around the country are not canceling elective surgeries — nor are government officials asking them to.

Instead, hospitals say they are more prepared to handle the crush of patients because they have enough protective gear for their workers and know how to better treat coronavirus patients. They say they will shut down nonessential procedures at hospitals based on local assessments of risk, but not across whole systems or states.

Some hospitals have already done so, including facilities in South Florida, Phoenix and California’s Central Valley. And in a few cases, such as in Texas and Mississippi, government officials have ordered hospitals to suspend elective surgeries.

Hospitals’ decisions to keep operating rooms open are being guided partly by money. Elective surgeries account for a significant portion of hospital revenue, and the American Hospital Assn. estimates that the country’s hospitals and healthcare systems lost $202.6 billion between March 1 and June 30.

“What we now realize is that shutting down the entire healthcare system in anticipation of a surge is not the best option,” said Carmela Coyle, president of the California Hospital Assn. “It will bankrupt the healthcare delivery system.”

The association estimates that California hospitals will lose $14.6 billion this year, of which $4.6 billion has so far been reimbursed by the federal government.

But some healthcare workers fear that continuing elective surgeries amid a surge puts them and their patients at risk. For instance, some nurses are still being asked to reuse protective equipment such as N95 masks and gowns, even though hospitals say they have enough gear to perform elective surgeries, said Zenei Cortez, president of the National Nurses United union.

Elective surgeries, generally speaking, are procedures that can be delayed without harming patients, such as knee replacements and cataract surgery.

At least 33 states and the District of Columbia temporarily banned elective surgeries this spring, and most hospitals in states that didn’t ban them, such as Georgia and California, voluntarily suspended them to make sure they had the beds to accommodate a surge of coronavirus patients. The U.S. surgeon general, the Centers for Disease Control and Prevention and the American College of Surgeons also recommended healthcare facilities suspend nonemergency surgeries.

The suspension was always intended to be temporary, said Dr. David Hoyt, executive director of the American College of Surgeons. “When this all started, it was simply a matter of overwhelming the system,” he said.

Today, case counts are soaring after many states loosened stay-at-home orders and Americans flocked to restaurants, bars and backyards and met up with friends and family for graduation parties and Memorial Day celebrations.

Nationally, confirmed cases of COVID-19 have topped 3 million. In California, cases are spiking, with a 52% jump in the average number of daily cases over the last 14 days, compared with the two previous weeks. Hospitalizations have gone up 44%.

Governors, county supervisors and city councils have responded by requiring people to wear masks, shutting down bars and restaurants — again — and closing beaches on the July Fourth holiday weekend.

But by and large, government leaders are not calling on hospitals to proactively scale back elective surgeries in preparation for a surge.

“Our hospitals are telling us they feel very strongly and competent they can manage their resources,” said Holly Ward, director of marketing and communications at the Arizona Hospital and Healthcare Assn. If they feel the situation warrants it, “they on their own will delay surgeries.”

In some states, such as Colorado, public health orders that allowed hospitals to resume nonemergency surgeries in the spring required hospitals to have a stockpile of protective equipment and extra beds that could be used to treat an influx of COVID-19 patients.

States also set up overflow sites should hospitals run out of room. In Maryland, for example, the state is using the Baltimore Convention Center as a field hospital. California last week reactivated four “alternative care sites” — including a hospital that was on the verge of closure in the San Francisco Bay Area — to take COVID-19 patients should hospitals fill up.

But the decision to reduce elective surgeries in California will not come from the state. It will be made by counties in consultation with hospitals, said Rodger Butler, a spokesman for the California Health and Human Services Agency.

The question is whether hospitals have systems in place to meet a surge in COVID-19 patients when it occurs, said Glenn Melnick, a professor of health economics at USC.

“To some extent, elective care is good care,” Melnick said “They’re providing needed services. They are keeping the system going. They are providing employment and income.”

In Los Angeles County, more than 2,000 COVID patients are currently hospitalized, according to county data. While that number is projected to go up by a couple of hundred people over the next few weeks, hospitals believe they can accommodate them, said county Health Services Director Christina Ghaly. In the meantime, hospitals are preparing to bring on additional staff members if needed and informing patients who have scheduled surgeries that they could be delayed.

“There’s more patients with COVID in the hospitals than there has been at any point previously in Los Angeles County during the pandemic,” Ghaly said. “Hospitals are more prepared now for handling that volume of patients than they were previously.”

Although hospitals have not stopped elective surgeries, many have not ramped up to the full schedule they had before COVID-19. And they say they are picking and choosing surgeries based on what’s happening in their area.

“We were all things COVID when it was just starting,” said Joshua Adler, executive vice president for physician services at UCSF Health. based at UC San Francisco. “We didn’t know what we were facing.”

But after a couple of months of treating patients, hospitals have learned how to resupply units, how to transfer patients, how to simultaneously care for other patients and how to improve testing, Adler said.

At Scripps Health in San Diego, which has taken more than 230 patients from hard-hit Imperial County to the east, its hospitals have scaled back how many transfers they will accept as confirmed COVID-19 cases rise in their own community, said Chris Van Gorder, president and CEO of Scripps Health.

A command center set up by the hospital system reviews patient counts and medical supplies and coordinates with county health officials to study how the virus is spreading. Only patients who need urgent surgeries are being scheduled, Van Gorder said.

“We’re only allowing our doctors to schedule cases two weeks out,” Van Gorder said. “If we see a sudden spike, we have to delay.”

In California’s Central Valley and in Phoenix, where cases and hospitalizations are surging, Mercy hospitals have suspended elective surgeries to focus resources on COVID-19 patients.

But the other hospitals in the CommonSpirit Health system, which has 137 hospitals in 21 states, are not ending elective surgeries — as they did in the spring — and are treating patients with needs other than COVID, said Marvin O’Quinn, the system’s president and chief operating officer.

This story was produced by Kaiser Health News, which publishes California Healthline, an editorially independent service of the California Health Care Foundation. KHN is not affiliated with Kaiser Permanente.