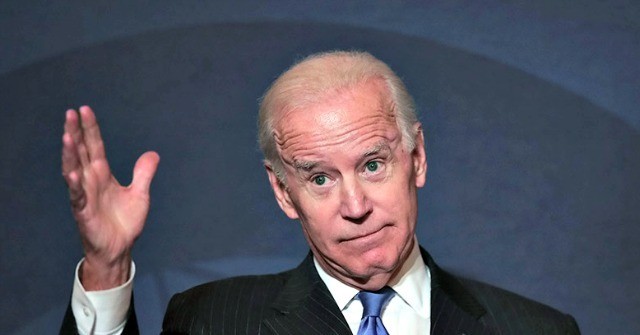 Joe Biden told members of the National Education Association’s (NEA) representative assembly that the longer schools remain closed due to the coronavirus, the more low-income “students of color” will suffer learning losses.

However, that message may not have been what many teachers would have liked to hear since it has been teachers’ union leaders and their members who have condemned President Donald Trump’s call for reopening schools.

.@JoeBiden on leading through COVID: “The longer schools are closed and classes are remote, the more students, especially low-income students and students of color, fall behind.” #NEARA2020 https://t.co/A1B7d74IFm pic.twitter.com/cjLMPahnHl

PBS provided video of Biden during the virtual convention, who could be seen seated in a chair, wearing a mask, which he removed when NEA President Lily Eskelsen Garcia introduced him:

Biden said he saw the coronavirus “challenge” coming early on and was calling on President Donald Trump to address it in “late January,” but that, in his view, Trump “failed to take any action” that would get “educators and students back in the classroom.”

Like most Democrats, however, Biden said the way to open up schools again was with even more federal funding.

“The American economy cannot recover if schools can’t reopen, and we cannot properly reopen schools if funding is slashed and students don’t have what they need to be safe, learn and succeed.” – NEA President Lily Eskelsen Garcíahttps://t.co/HWxzERbsVt

Trump and Republicans, he said, did not offer coronavirus aid to state and local governments to ensure “educators’ salaries don’t get cut and educators don’t get fired.”

However, many of the states seeking more federal funding are led by Democrats, and Republican senators urged Trump to reject a “blank check” bailout to states and local governments that already were having significant financial problems due to overspending prior to the pandemic.

“We’re not interested in borrowing money from future generations to send down to states to help them with bad decisions they made in the past unrelated to the coronavirus epidemic,” said Senate Majority Leader Mitch McConnell at the end of April.

In response to a question by a Michigan paraprofessional who complained that Trump was “disregarding the advice of health experts and pushing for the immediate opening of schools,” Biden nevertheless responded by directing the questioner to his own plan for reopening of child care and schools.

“The longer schools are closed and classes are remote, the more students, especially low-income students and students of color, fall behind,” he said.

Like Trump, Biden insisted schools must reopen, but said he would deliver funding to fulfill every Democrat education wish to accomplish that goal.

A month after American Federation of Teachers (AFT) President Randi Weingarten told her members to “scream bloody murder” if schools reopen without the approval of medical experts, she told the USA Today editorial board she still did not agree with the president’s view that schools should reopen as soon as possible.

Weingarten threatened if there is a second wave of coronavirus infections during the summer, “all bets are off” for reopening schools.

The union leader added the distance learning taking place since schools shut down “is something that we all know has not been good for kids.”

On Friday, however, Biden admitted remote learning would likely still be part of the reopening plan for schools.

On Thursday, Marketplace reported teachers are fighting against school reopening plans, with some asking how they can trust all the safety precautions will be in place in time for school to start.