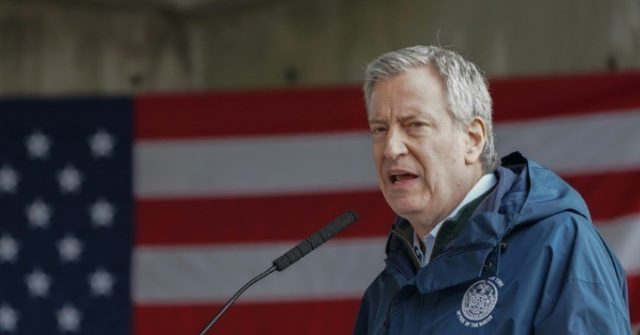 The New York Daily News (NYDN) reports “at least nine lives” were lost in Sunday shootings, while ABC7 reports “there were 30 shootings with 10 homicides on Sunday alone.”

The NYDN reports that the fatal shootings began in the earliest part of Sunday–“a little after midnight”—when 20-year-old Jose Cepeda “was blasted in the chest… in East New York, Brooklyn.” At least eight others were shot and killed and upwards of 40 wounded as Sunday unfolded in NYC.

The violence is far above what was witnessed after fireworks on July 4, 2019, when a total of nine people were shot, one fatally.

CBS Local reports that NYPD numbers show there were a total of 37 shootings for the whole weekend, and those shootings resulted in 56 victims, fatal and non-fatal wounded combined:

AWR Hawkins is an award-winning Second Amendment columnist for Breitbart News and the writer/curator of Down Range with AWR Hawkins, a weekly newsletter focused on all things Second Amendment, also for Breitbart News. He is the political analyst for Armed American Radio. Follow him on Twitter: @AWRHawkins. Reach him at awrhawkins@breitbart.com. You can sign up to get Down Range at breitbart.com/downrange.