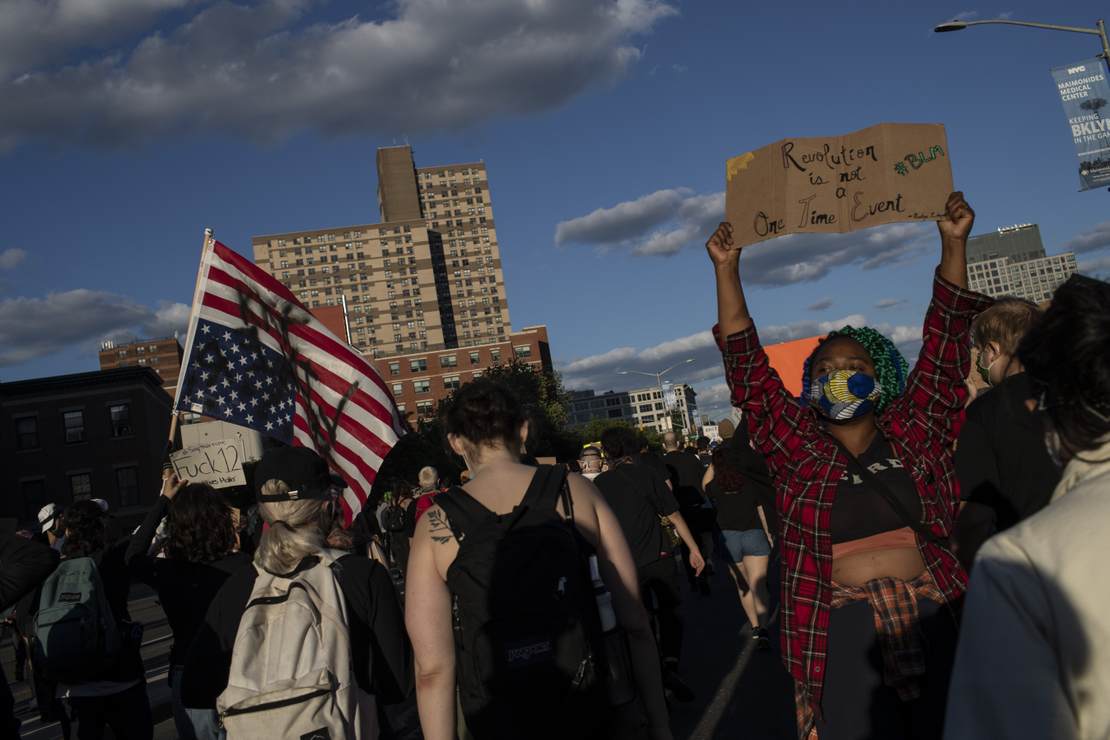 According to the make-believe world of the left, we are experiencing a great moment in American racial history. For the first time, the story goes, more whites than ever are coming to realize how racist America is, how racist cops are and how systemically racist everything in America is. Only now do many Americans understand just how racist Uncle Ben, Aunt Jemima, Ulysses Grant, George Washington, Abraham Lincoln, “whitening” agents, meritocracy, Western culture, Christianity, jailing Blacks and the NFL are. The bestselling book in America is about alleged “white fragility” — the term for any rational response to the irrational charge that all whites are racist.


All this is supposed to be good for America’s Blacks.

But none of it is. In fact, it is all destructive.

Take the movement to defund police departments and the incessant charges of “police brutality” and “racist police.” Only those who don’t care about Blacks other than using them to advance their power — Democrats and the rest of the left, both Black and white — argue this war against the police is good for Blacks. Already the increase in the number of Blacks murdered, not to mention injured, is reaching levels unseen in decades. And there is every reason to assume, as police pull back from high-crime areas, it will get worse.

Take the left-wing mantra that all whites are racist. If I wanted to obstruct Black progress, and especially damage Black children, I couldn’t come up with a more effective idea. To believe from early childhood that you walk through life held in contempt by all of your fellow citizens who are white is to walk through life with much more than a chip on your shoulder. It is more like a heavy boulder.

It means that you will walk through life with two paralyzing burdens: anger and victimhood. Either one is enough to ruin your life. Combined they’re devastating. It gives one an idea of how cynical the left is that it would want to cultivate both of these life-ruining emotions in as many Blacks as possible.


Anger and victimhood not only ruin the individual’s life but also destroy one’s relationships with others. Everyone who has an angry individual in their family knows not only how unhappy that person is but also how much havoc they wreak on the rest of the family. The same holds true for the relative who sees him or herself as a perpetual victim. Such people are both miserable and miserable to be around. And since victimhood is a major cause of evil — people who see themselves as victims usually think they are not nearly as bound by moral rules as others are — they are more likely to hurt others.

The “protesters” who destroy and loot think their victim status allows them to destroy and loot. The man identified as the president of the greater New York Black Lives Matter, Hawk Newsome, recently told Fox News: “If this country doesn’t give us what we want, then we will burn down this system and replace it. All right? And I could be speaking … figuratively. I could be speaking literally. It’s a matter of interpretation.”

In a report yesterday on a police shooting of a robber who resisted arrest and reached for an object in his waistband, the San Diego Union-Tribune quoted a protest organizer: “If this young man was robbing, that means his state and his government failed to provide him with the resources he needs.” When you feel you are a victim, you are allowed to rob.


Take the constant, often absurd, charges of racism at the most benign comments. If you say, for example, that you see nothing wrong with the picture of Uncle Ben on a box of rice, you will be accused of racism. As a result, most whites understand they can no longer speak truthfully or from the heart in the presence of a Black American. It is hard to imagine a worse recipe for genuine relationships between the races. Whereas the great majority of whites, and even most Blacks, thought white-Black relations were good and improving when Barack Obama assumed office, a minority of both groups think so today.

Take the assault on merit-based advancement in the name of racial equality. Will this help or hinder Blacks? It will obviously help some Blacks in the short run. But over the long term, telling any group they needn’t meet a universal standard of excellence can only harm that group — not to mention harm the way their success will be viewed by others. Moreover, it is difficult to imagine a more condescending view of a group than to argue that standards must be lowered for them to succeed.


Dennis Prager is a nationally syndicated radio talk-show host and columnist. His latest book, published by Regnery in May 2019, is “The Rational Bible,” a commentary on the book of Genesis. His film, “No Safe Spaces,” came to theaters fall 2019. He is the founder of Prager University and may be contacted at dennisprager.com.