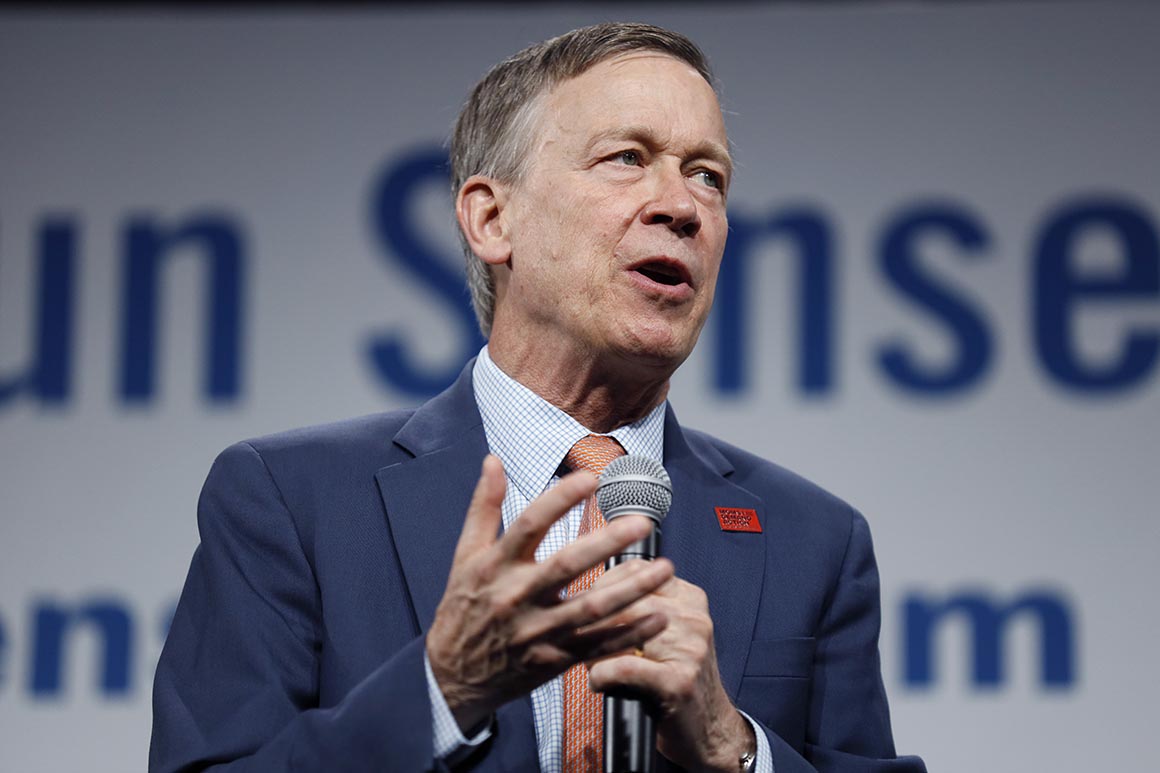 New endorsements from national and Colorado Democrats across the ideological spectrum have shored up Hickenlooper, along with a financial advantage fueled by heavy-spending allies — and exacerbated by a dearth of national online money flowing Romanoff’s way, in contrast to the late support and attention that boosted Kentucky state Rep. Charles Booker into a tight race with Amy McGrath in last week’s Democratic Senate primary. Hickenlooper’s relationships with powerbrokers and voters over 16 years as governor and mayor of Denver gave him the tools to stabilize his campaign.

“Only a small handful of groups endorsed, and even fewer put real muscle behind Andrew,” said Evan Weber, co-founder of the Sunrise Movement, a climate-focused group that endorsed Romanoff early in the race and was also a key backer of Booker in Kentucky.

Weber bemoaned the lack of buy-in from other groups on the left, calling Colorado the clearest Senate opportunity to elect a candidate with progressive priorities in 2020. But Hickenlooper supporters said that the former governor’s strengths and record in the state helped him make it through a rough patch.

“When you’re well known and build up this reservoir of goodwill, you can withstand some of these things,” said Jim Carpenter, chief of staff to former Democratic Gov. Bill Ritter, who endorsed Hickenlooper last week. “I just think everybody sees Hickenlooper as the much stronger general election candidate, so the national Democrats rallied.”

“This is crunch time,” Hickenlooper said during a get-out-the-vote Zoom event Monday with volunteers and elected officials who endorsed him. “This is when it all matters and we’ve got to put it all out there.”

“We know that we’re living through rough times now,” he said. “From coronavirus to racial justice we have a lot of work to do. But in every tough moment, Colorado has always risen to the occasion.”

Romanoff — who joined the race long before Hickenlooper jumped from the presidential race to the Senate campaign, clearing the field of other contenders — has run to the left, promoting the Green New Deal and “Medicare for All” while criticizing Hickenlooper’s more moderate approach. But Romanoff — previously a more centrist Democrat, who lost a 2010 Senate primary and 2014 House race — has not benefited from the national spotlight other progressive candidates have received.

Sen. Bernie Sanders, who endorsed and raised money for Booker in Kentucky and House challengers in New York, has not gotten involved in Colorado. Sens. Elizabeth Warren and Cory Booker both endorsed Hickenlooper earlier this month. Georgia Democrat Stacey Abrams, who endorsed Hickenlooper in May, sent out a video Friday touting his work as governor establishing universal vote-by-mail, which has taken on heightened importance during the pandemic.

A handful of national progressive organizations, including the Progressive Change Campaign Committee, backed Romanoff down the stretch, and Our Revolution, which launched out of Sanders’ first presidential run, also endorsed him. But many of the groups who jumped into Kentucky stayed on the sidelines in Colorado.

Romanoff downplayed the significance of the national progressives in an interview, saying he focused on local support.

“Some of the politicians out of state haven’t signed on yet, that’s fine. Washington will make its own decisions,” Romanoff said, touting his endorsements from environmental organizations and hundreds of former and current local officials. “We’re picking up leaders in Colorado all the time, they just don’t attract the attention of the chattering class in D.C. But they can vote here, unlike the politicians in Washington.”

Hickenlooper’s allies have long argued that he is the clearly better option to face Gardner in a seat Democrats cannot afford to lose to have a shot at flipping the Senate. Despite his struggles, Hickenlooper maintains a positive image among the state’s Democrats, and a lead in the polls.

Stewart Boss, a spokesperson for the Democratic Senatorial Campaign Committee, said the former governor has a positive image because of his “proven record of getting things done.”

“He is the biggest threat to Cory Gardner, which is why Republicans have already spent millions trying to tear him down,” Boss said.

But Romanoff and his supporters have tried to undercut that notion, arguing that the state Ethics Commission’s recent ruling that Hickenlooper violated state ethics laws as governor would put Democrats’ top Senate target in jeopardy.

“Presumably they endorsed him because they thought he was the most electable candidate and has the best chance to beat Gardner,” said Weber, the Sunrise Movement co-founder. “What completely confounds me is we’ve seen tons of evidence to suggest that is a really hard case to make.”

In addition to high-profile endorsements, Hickenlooper’s campaign has touted nearly two dozen local Democrats who switched their endorsement from Romanoff to the former governor recently, although that represents a small fraction of the officials who backed Romanoff’s campaign.

Gardner’s campaign and the National Republican Senatorial Committee have run ads attacking Hickenlooper for the Ethics Commission ruling, as well as his comments — made while running for president — that he didn’t want to serve in the Senate. The NRSC and two “dark money” groups that don’t disclose donors, one in Colorado and one aligned with Majority Leader Mitch McConnell, have ads booked in Colorado in July continuing the wave of attacks.

“Hickenlooper’s brazen disregard for the law and transparency has sent his campaign spiraling out of control,” said Jesse Hunt, a spokesperson for the NRSC. “It’s left a stain on his candidacy that won’t be forgotten by the independent voters essential to a winning coalition in Colorado.”

Senate Majority PAC, which is aligned with Minority Leader Chuck Schumer, has already spent nearly $3 million on the race defending Hickenlooper against GOP attacks, including more than $1 million in the last week. And a newly formed Colorado-based super PAC that has yet to disclose its donors spent more than $1 million on late ads attacking Romanoff, who ran a negative ad bashing Hickenlooper.

Still, even as the race has turned nasty down the stretch, Democrats think the party will rally together in the general because Colorado is so critical to chipping away at the GOP Senate majority. Ian Silverii, executive director of ProgressNow Colorado, said Hickenlooper was still well positioned to emerge Tuesday and start the general election as the frontrunner.

“Hick can ride his good name and the current political wave to a double digit victory in November against Gardner, and progressive Democrats and anyone who is voting against Trump in November have one objective in Colorado: beat Gardner,” he said. “That’s it, that’s the whole ball game.”