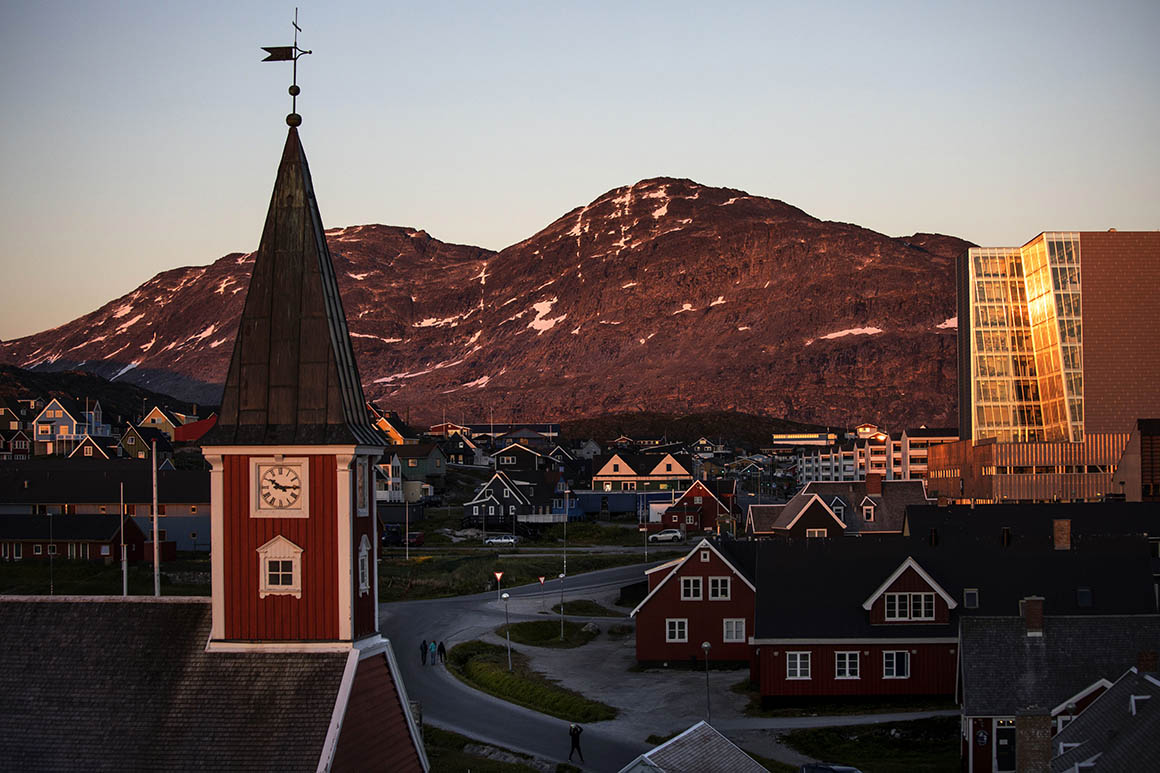 The reopening of the consulate in Nuuk reflects “America’s commitment to deepening our cooperation with the people of Greenland and the entire Kingdom of Denmark. Our presence in Nuuk will enhance the prosperity we share with our friends in Denmark and Greenland, as we work together with other Arctic allies and partners to ensure the stability and sustainability of development in the region,” Pompeo said in a statement.

The U.S. diplomatic mission in Nuuk was previously up and running from 1940 to 1953.

The Trump administration in its February budget request also set aside $587,000 for the State Department to build a permanent consular service intended to boost Greenland’s tourism, health and natural resource development sectors.

The request in February was expected to be met with support due to Greenland’s high volume of rare earth minerals, as well as its location. Rare earths are critical to making high-tech equipment for the military, such as laser-guided missiles, F-35 fighter jets and submarines, as well as smartphones and electric cars.

The State Department in April announced it would also provide $12.1 million in aid to Greenland, in what on State official described as a bid to counter Chinese and Russian interests in the region.

The reopening of the Nuuk consulate is “an expansion of our investment in that relationship that we – that looks forward to deeper security, deeper economic and deeper people-people ties between the United States, Greenland and the Kingdom of Denmark,” a senior State Department official told reporters in April.

Carla Sands, U.S. ambassador to Denmark, praised the move. “The consulate is another positive sign of the strong collaboration between the U.S. government and the Greenlandic and Danish governments,” Sands said in a statement.

She announced that Consul Sung Choi, who previously served at the U.S. embassy in Copenhagen since 2018 focused on Greenland-related matters and Danish domestic politics, will lead the effort in Nuuk.

Nick Solheim, founder of the Wallace Institute for Arctic Security who works with Congress and the administration on Arctic issues, said the consulate is not designed to provide more military oversight of Greenland, but rather in the interest of economic cooperation primarily, following the White House’s Tuesday announcement on icebreakers.

However, “There are several people within the administration and various government departments that touch this issue that the president has appointed, who are very passionate about this issue, and making sure that we invest in our Arctic allies and defend American interests in the Arctic, that’s why you see this announcement today in concert with the memorandum from the White House yesterday.”

Solheim said the administration is taking the issue “more seriously” now. “These two announcements are the most monumental things we’ve done in Arctic policy in the last 40 years. It’s a massive first step for the United States and for the Arctic,” he said. “I’m encouraged by the people that the administration has put in power to make these decisions.

“This will give us an actual understanding on the ground of how well that $12.1 million investment in civilian-led projects in Greenland is going and how much of an impact that’s having in Greenland’s economy, and how we can better assist that in the future – how we can help grow the tourism industry in Greenland, how we can help rare earth mineral refinement that’s owned by Greenlandic citizens. … And it opens the door for more trade and cooperation on that front in the future.”