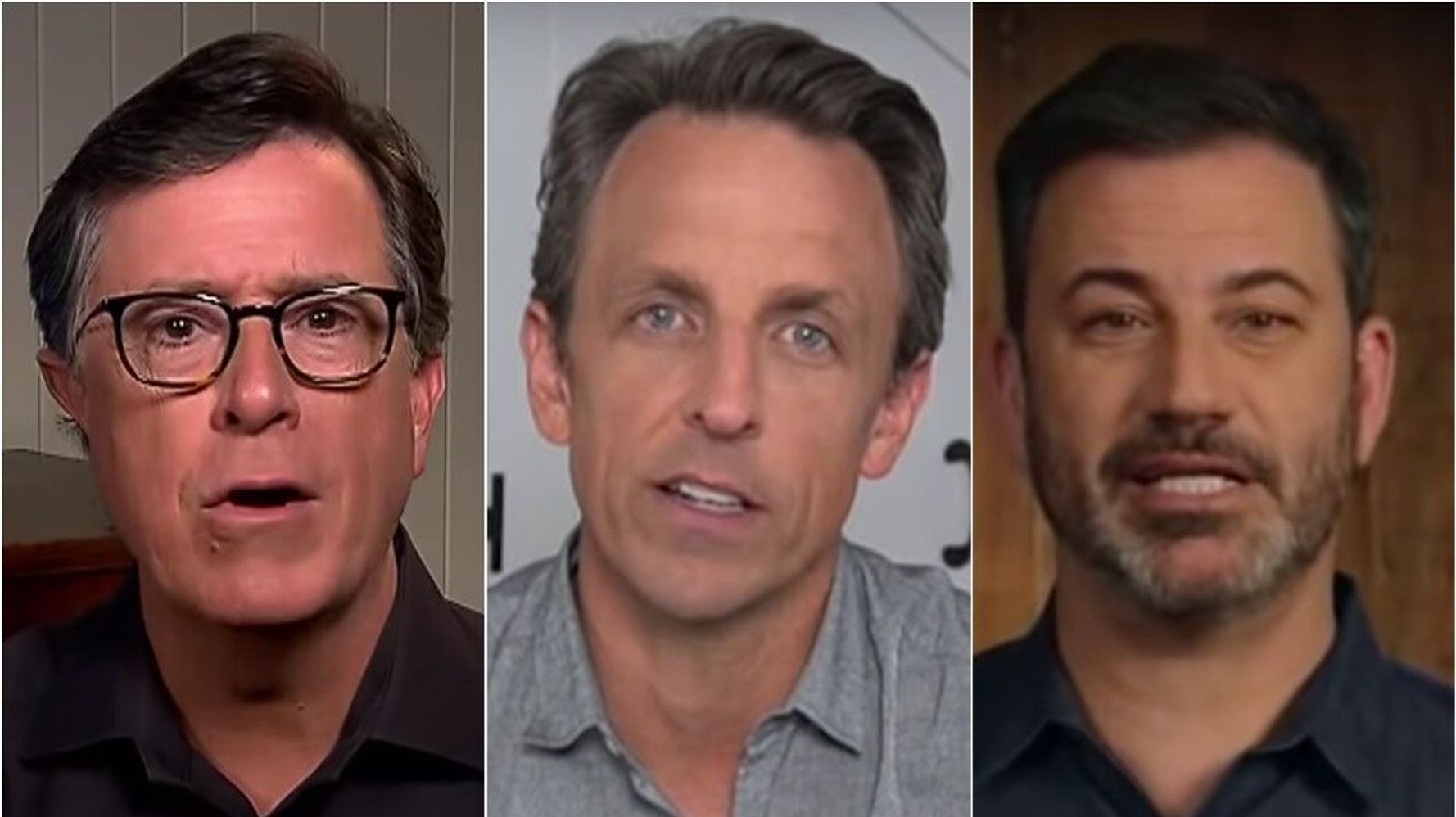 The comedians of late-night television on Tuesday slammed Donald Trump’s rhetoric regarding the protests that have spread nationwide following the police killing of George Floyd in Minneapolis last week.

Seth Meyers, Stephen Colbert and Jimmy Kimmel also ripped the president as an “armchair thug” and a wannabe authoritarian leader for threatening to unleash the military on peaceful demonstrators.

All were incredulous at how police on Monday used tear gas to clear peaceful protesters from around St. John’s Episcopal Church, near the White House, so that Trump could pose with a Bible.

Trump held up the Bible “like a fourth-grader who forgot about show and tell until the last minute,” said Meyers, the host of “Late Night.” “You can tell he’s a man of faith the way he holds the Bible like he’s selling it on QVC,” he added.

“The Late Show” host Stephen Colbert said Trump “groped” the Bible and appeared visibly confused because he didn’t know how to hold it properly.

Jimmy Kimmel, meanwhile, used old footage of Trump to nail his hypocrisy over the incident.

Check out the video here: