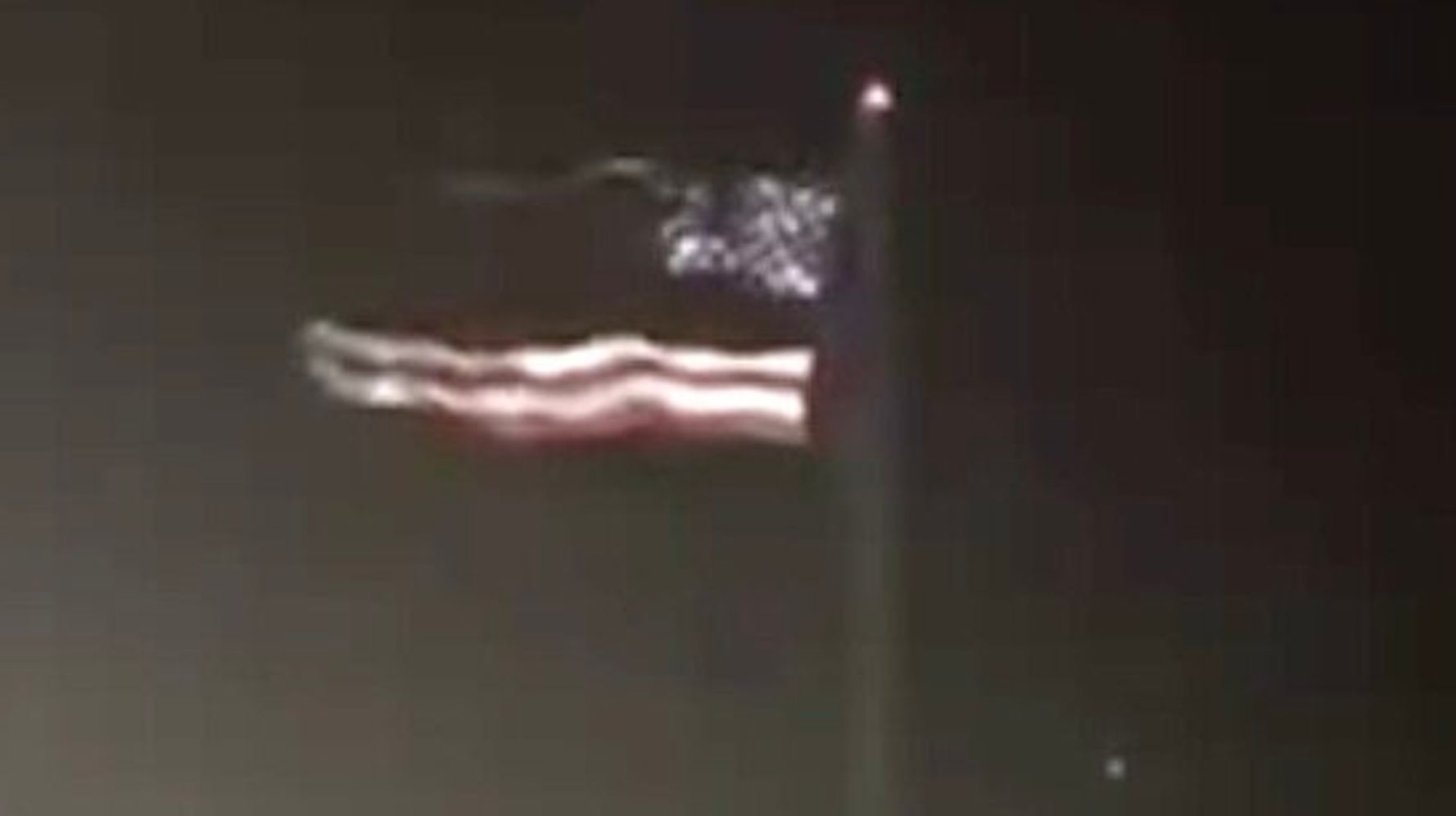 A massive American flag ― reputedly the largest of its kind ― was torn to shreds by a storm in Sheboygan, Wisconsin on Tuesday:

The iconic Acuity Insurance flag in Sheboygan – the largest free-flying American flag in the country – has been torn in half after tonight’s storms.

Acuity Insurance, which owns the flag, said the 400-foot pole is 100 feet taller than the Statue of Liberty and the 340-pound flag that flies from it measures 70-by-140 feet, making it the largest free-flying American flag in the world.

Fox6 News in Milwaukee said the flag was battered by 60 to 70 mph winds:

Acuity said it removed the tattered flag and has others ready to replace it.

“We are very proud to host the largest symbol of freedom, as well as a veterans memorial,” Acuity said in a statement on social media.

With the nation rocked by more than a week of protests and civil unrest in the middle of a coronavirus pandemic that’s claimed more than 100,000 American lives, many saw symbolism in the battered image of Old Glory:

The ginormous flag in Sheboygan is ripped in half. Acuity calls this the largest display of freedom in the world. It’s split, like we all are right now. Appropriate. pic.twitter.com/9tNsv4Sm2D

Bad storms in Sheboygan right now is the reason for this… But the TALLEST Flag in America and “symbol of freedom” is ripped apart right now and it’s an eerie reminder of the State of our Nation. https://t.co/dwTLBxRumX

The iconic Acuity Insurance flag in Sheboygan – the largest free-flying American flag in the country – has been torn in half after tonight’s storms. @Mark_Baden Symbolic for what this country is going through right now