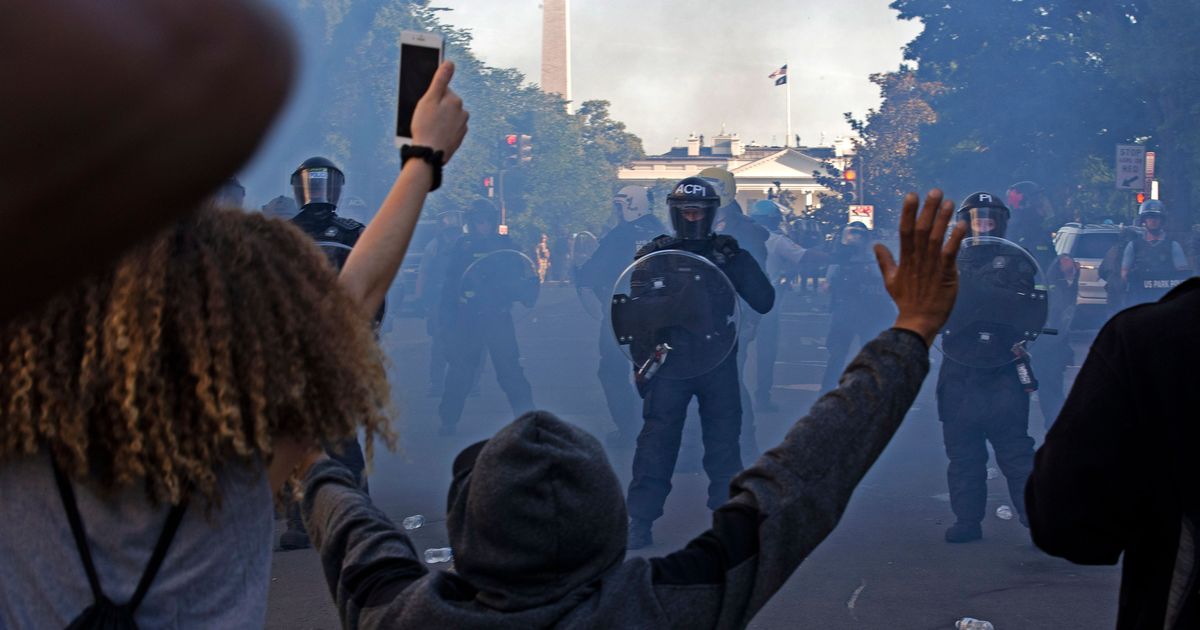 If you can’t attend protests, open your purse.

Protests against police brutality, inspired by the Black Lives Matter movement, took place in all 50 states on Tuesday morning. They follow four days of rallies around the country, which started in Minneapolis after the death of George Floyd, a black man who died after a white officer kneeled on his neck for nine minutes while Floyd said he couldn’t breathe.

Some are peaceful, and almost all begin that way. But many are becoming increasingly dangerous for protestors as police and armed forces escalate violence.

But protesting isn’t an option for everyone, especially in the midst of an unprecedented pandemic. If you’re unable to protest, whether you’re immune compromised, social distancing, or not geographically near any, you can still make a difference. That starts by donating to a variety of bail out funds, community organizations, and legal funds.

Here are five ways to donate to the cause.

1. Donate to bail out protestors across the country

The People’s City Council Freedom Fund in Los Angeles isn’t only allocating funds to bail out protestors, but also to pay for medical bills and legal fees for protestors.

The Philly Bail Fund posts bail for those who cannot afford it and advocates for the end of cash bail.

The Louisville Community Bail Fund provides support for those protesting in Louisville, Kentucky.

The Emergency Release Fund posts bail for medically vulnerable individuals and anyone who identifies as LGBTQ+ in New York City.

You can also split a donation between more than 60 organizations, bail funds, and mutual aid funds across the country here.

The George Floyd Memorial Fund has been verified by his family.

Justice for David McAtee is raising funds for a restaurant owner who was shot and killed during the protests in Louisville, Kentucky. David McAtee was well loved by the community, and was even known for feeding cops for free.

Donations to I Run With Maud will go to Ahmaud Arbery’s mother, Wanda Cooper-Jones.

Justice for Breonna isn’t taking donations to for Breonna Taylor’s family, but is pushing supporters to petition for justice for Breonna Johnson, a 26-year-old EMT who was killed in her own home when police broke in looking for drugs that they never found. A family fundraiser can be found here.

Dion Johnson, a 28-year-old man who was sleeping in his car when police forced him out and killed him, is being memorialized through the Dion Johnson Memorial Fund.

You can donate directly to your community’s chapter of Black Lives Matter through this directory.

Donate to a mutual aid fund, a collective community fund that provides resources for a variety of issues. You can locate them by state here.

Reclaim the Block, which received an influx of donations over the weekend, is redirecting donations to a variety of local community organizations. Read up on them here.

Communities United Against Police Brutality operates a 24-hour hotline for residents of Minneapolis to report abuses by law enforcement.

5. Donate even if you don’t have the funds

If money’s tight for you — especially in light of the pandemic’s economic impact — you can still financially contribute to the cause. YouTuber Zoe Amira created an hour-long video and is donating 100 percent of the AdSense profits to a selection of organizations. You don’t have to contribute anything except turning off your ad blocker and playing the video on loop.

Since her video launched, several other creators followed suit.

Claiming you’re “not racist” and reposting Instagram story chains is not enough. To definitively make change, you have to start with direct action — and you can start by opening your purse.