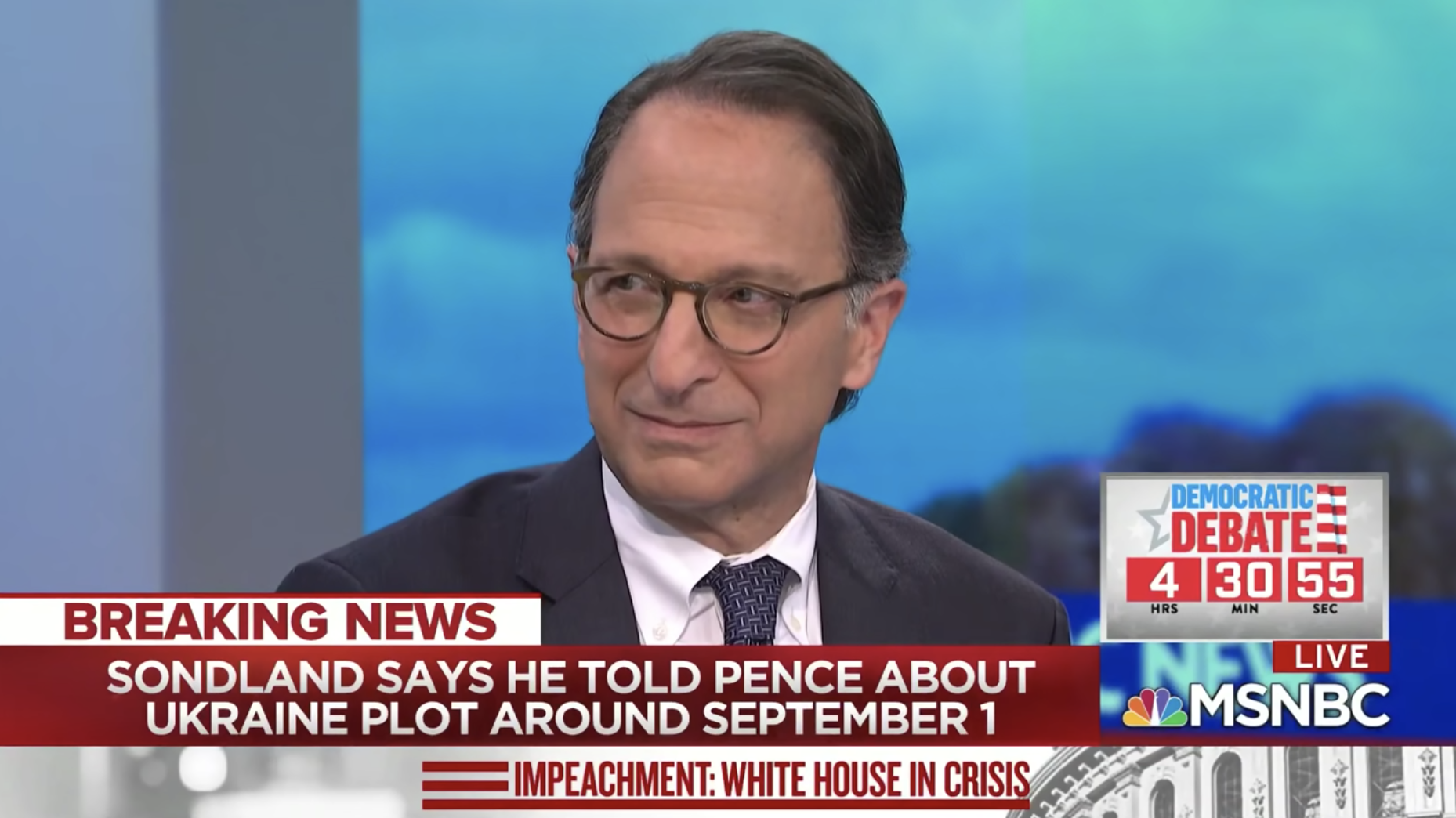 Weissmann’s participation in the event without the express permission of Oppenheim is a violation of a network policy that prohibits activities “that may create the appearance of a conflict of interest.”

“Such activities may include participation in or contributions to political campaigns or groups that espouse controversial positions,” the network’s policy states, according to its own reporting. The policy states that employees “must obtain prior approval of the president of NBC News or his designee” before participating in any overt political activity.

Weissmann is slated to participate in the virtual fundraiser Tuesday, according to an invitation circulated by the Biden campaign. Guests who want to hear from Weissmann will receive instructions on how to log on to the Zoom fundraiser after making a contribution to the campaign.

NBC did not respond to numerous inquiries on whether Oppenheim granted Weissmann permission to participate in the fundraiser.

The network hasn’t been shy about enforcing its prohibition on political activity in the past. It suspended top anchors Joe Scarborough and Keith Olbermann in 2010 for making contributions to political candidates. The network also forced former MSNBC anchor Ed Schultz to back out of an appearance at a Democratic Party fundraising dinner in 2014.

At the time of Scarborough’s suspension, MSNBC president Phil Griffin said, “It is critical that we enforce our standards and policies.”

Reports of Weissmann’s involvement in the Biden campaign fundraiser led to immediate criticism from President Donald Trump’s reelection campaign, which saw it as validation of their longstanding charge that Weissmann had an axe to grind against the president.

“It’s no surprise that a guy who tried to take down the president through the sham impeachment would also help Joe Biden’s campaign,” said Trump campaign spokesman Tim Murtaugh. “It doesn’t get any swampier than this: trying to stage a partisan coup against the president and then raising money for his political opponent.”

Weissmann appeared frequently on MSNBC throughout the impeachment proceedings against Trump, but has seen less airtime since Trump was acquitted by the U.S. Senate. His last appearance came on Feb. 26, when he was introduced by primetime host Rachel Maddow as “an NBC News and MSNBC legal analyst.”

Brent Scher is executive editor for the Washington Free Beacon. He graduated from the University of Virginia, where he studied foreign affairs and politics. Brent is originally from New York City and now lives in Washington, D.C. He can be reached at scher@freebeacon.com.