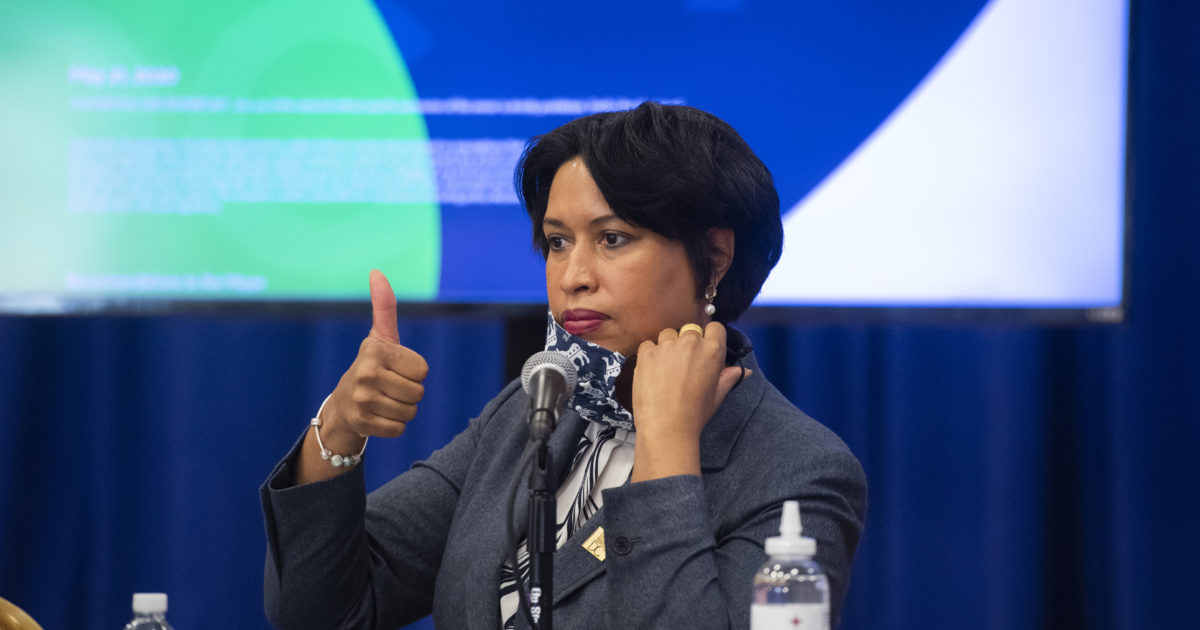 On Thursday, the District of Columbia’s task force on reopening the city finally unveiled its recommendations—in the form of a deeply unserious document filled with contradictory guidance and bad advice. Overly optimistic in some places while hopelessly naive in others, the report is woefully inadequate and should be discarded.

Most notably, the task force would all but require most restaurants in the district—and every bar and nightclub—to go out of business. The report also constrains child care services to such an absurd degree that the permissions granted to other sectors of the city to reopen hardly matter: What are working parents supposed to do with their young kids?

The task force was chaired by former National Security Advisor Susan Rice and former Homeland Security Secretary Michael Chertoff, and it included several former mayors and current officials. So the perspective of the career bureaucrat was clearly well represented. The small business owner, not so much.

The report delineates three phases of gradual reopenings, followed by a fourth stage where most aspects of life can return to normal. Stage 4 does not ensue until a vaccine or effective cure for COVID-19 is available, so it takes place in a future that is a year away at best and possibly many years away. The other three stages are “declining virus transmission,” “only localized transmission,” and “sporadic transmission.”

Where to begin? The guidance keeps all summer camps, schools, and child care services (except for critical workers) closed in stage one. Stage two lets summer camps resume but caps them at 10 kids per room if indoors and 50 kids if outdoors. Schools and day care centers can also reopen, but again with a 10-kids-a-room maximum in place. In stage three, summer camps can take up to 250 people for outdoor activities, but indoor activities are still 10 kids per room for camps, day cares, and schools. That’s the new normal: no more than 10 kids in a room until there’s a cure for COVID-19. If a day care facility can’t operate under such limitations, it’s out of luck.

This will have a ruinous effect not just on day care providers but on everyone who relies on them—i.e., tons of parents who work in other sectors of the economy. People who have to stay home to take care of their kids because the local day care, preschool, or kindergarten is artificially capped will not be returning to work anytime soon. Given the harmful second-order effects of restricting child care, and the comparative lack of coronavirus risk for children, smarter guidance would have made it a priority to reopen this sector.

For restaurants and night clubs, the guidance is virtually a suicide pact. Restaurants must operate under 50 percent reduced capacity through stage three. Bars and night clubs can’t reopen at all until stage three, and then they have to abide by the 50 percent reduced capacity and an additional cap of 5 people per 1,000 feet.* (That will reduce a lot of places’ customer bases well below 50 percent.) Again, these limitations are supposed to be endured, potentially, for years. Given the razor-thin margins in the food industry, it’s not clear that many restaurants can even function under these constraints, which means the advisory committee is essentially instructing them to go out of business.

Then there are the random inconsistencies. In stage two, people are generally allowed to gather in groups of up to 50, but office spaces should remain at 25 percent capacity. (If an office employs fewer than 200 people, could it let 50 of them go to work under the gather rule? It’s unclear.) Museums, movie theaters, and gyms can all reopen in stage two—albeit under strict limitations—but all swimming pools, public and private, remain closed until stage three. This is seemingly at odds with the emerging scientific consensus that outdoor activity is carries much less risk of spread than indoor activity.

The pandemic will prompt people to make different choices; many small businesses probably won’t be able to attract enough customers to stay profitable no matter what. But going out of business because of the coronavirus is one thing. Going out of business on the implicit orders of the city is quite another.

The food and bar industry especially should be up in arms—and not just in D.C. As New York City bar-owner Toby Cecchini recently wrote in The New York Times:

Danny Meyer, the impresario whose Union Square Hospitality Group has shepherded many of New York’s most lauded dining spots into existence and whose empire once employed thousands here, has stated openly that with the limiting protocols the state is looking to put in place, he deems it pointless to open any of his fine dining restaurants until such time as there is a vaccine. I can’t fault him. Maybe we could in good faith struggle for the next couple of years in the red, my business partner and I chipping in out of pocket, slogging along in hopes of coming to the surface eventually. That is, if there’s not another order to shut down.

But what other industry is being handicapped with similar constraints? For all of its sanctimonious emails, United appears to have been packing flights to every last seat, with seemingly no oversight from anyone, and fielding $5 billion in federal aid while doing it. The grocery and liquor stores in Brooklyn where I’ve been shopping have customers milling their aisles cheek-by-jowl—six-foot measures be damned—with no one objecting. Offices and factories nationwide will open to suggestions and guidelines for safety galore, but nothing officially mandating that they must hobble their production. Why should we be singled out for delimiting?

Why indeed? That’s a question that officials should attempt to answer as they cobble together the rules under which we’re supposed to live for the foreseeable future.

*Update: This sentence has been corrected. The additional restriction of 5 people per 1,000 feet applies to bars, night clubs, retail, and personal services, but not to restaurants.