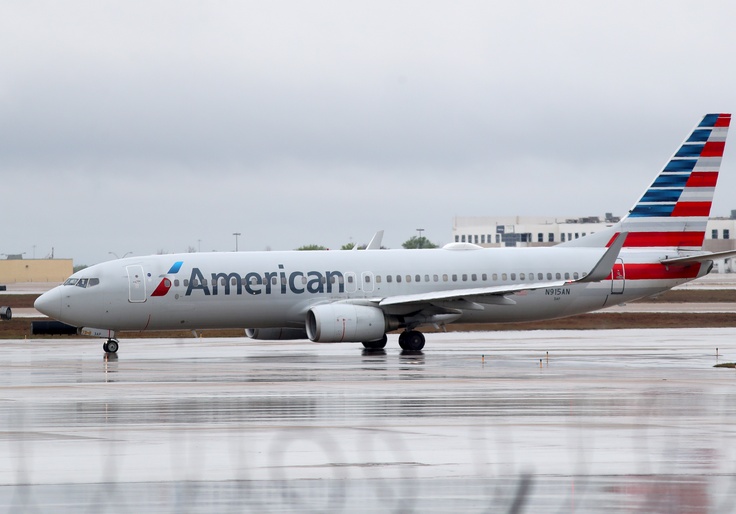 As the airline industry is poised to receive billions in federal handouts amid the coronavirus pandemic, union members working for American Airlines will vote Thursday to approve a new collective bargaining agreement that includes immediate pay hikes and a $6,000 signing bonus.

Top airlines in March asked congressional leaders for $29 billion in handouts, warning of “draconian measures such as furloughs” caused by the outbreak. But behind the scenes, American Airlines moved forward with an expensive new agreement. A union guide on the deal obtained by the Washington Free Beacon lists immediate pay raises of up to 18 percent, a bonus of up to $6,000 for all members, and increased vacation time. As members geared up for the Thursday vote, Congress reached a deal on a stimulus bill that would include $25 billion in subsidies to industry giants, including American Airlines.

Transport Workers Union of America president John Samuelsen told the Washington Free Beacon that he welcomed the bailout package, though he criticized airline carriers for resisting worker protections and giving the government equity until the bailout is paid back. Samuelsen said the union finalized the terms of the agreement before the outbreak began shutting down air travel and taking a heavy toll on the industry.

“When people first started taking notice of coronavirus, that’s right around the time we settled. Had we not settled, and we were still in this ambiguous no man’s land of no contract, we would have been in trouble,” he said. “The timing was inadvertently perfect for us, to be honest.”

Critics of the bailout have pointed to American Airlines’ haphazard financial decisions in recent years. Though the company noted in its 2019 report to the Securities and Exchange Commission that “an outbreak of contagious disease … could materially affect the airline industry,” leading to a “rapid and unexpected change” in operations, it nonetheless spent $12.4 billion on stock buybacks over the past six years. The company is carrying $29 billion in debt, according to the Dallas Morning News.

One former American Airlines employee, speaking to the Free Beacon on background, criticized the company for using the crisis to “ask for money” while not doing enough to address the spread of the virus.

“Behind the scenes, American Airlines seems unaware of the coronavirus pandemic. They’re signing expensive contracts and committing to maintain non-U.S. supply chains,” the former employee said. “Their only acknowledgment of the pandemic has been to ask for money.”

American Airlines did not respond to a request for comment.

Samuelsen said the agreement will place stricter limits on the outsourcing of jobs and begin to restore job protections for American workers.

“The industry is increasingly reliant on mechanical maintenance work on their aircraft being done overseas—in, by the way, dangerous places—both in the geopolitical sense and in the sense that the technicians are not certified in the same way as U.S. soil technicians,” he said. “We brought a lot of that work back in-house.”

Coveny also discussed the agreement’s pay hikes, noting that the wage increases will come immediately if the agreement is approved.

“Vacation has been enhanced. There are increases throughout the scale,” he said. “Anyone that is due a vacation, that would have earned a vacation this year from last year, will receive a check in the amount of one week’s pay for those vacation weeks that would have accrued.”

The union negotiating team voted unanimously to endorse the five-year contract and is pushing its 20,000 members to ratify it. Voting on the new agreement will conclude Thursday.

Collin Anderson is a staff writer for the Washington Free Beacon. He graduated from the University of Missouri, where he studied politics. He is originally from St. Louis and now lives in Arlington, VA. His email address is anderson@freebeacon.com.