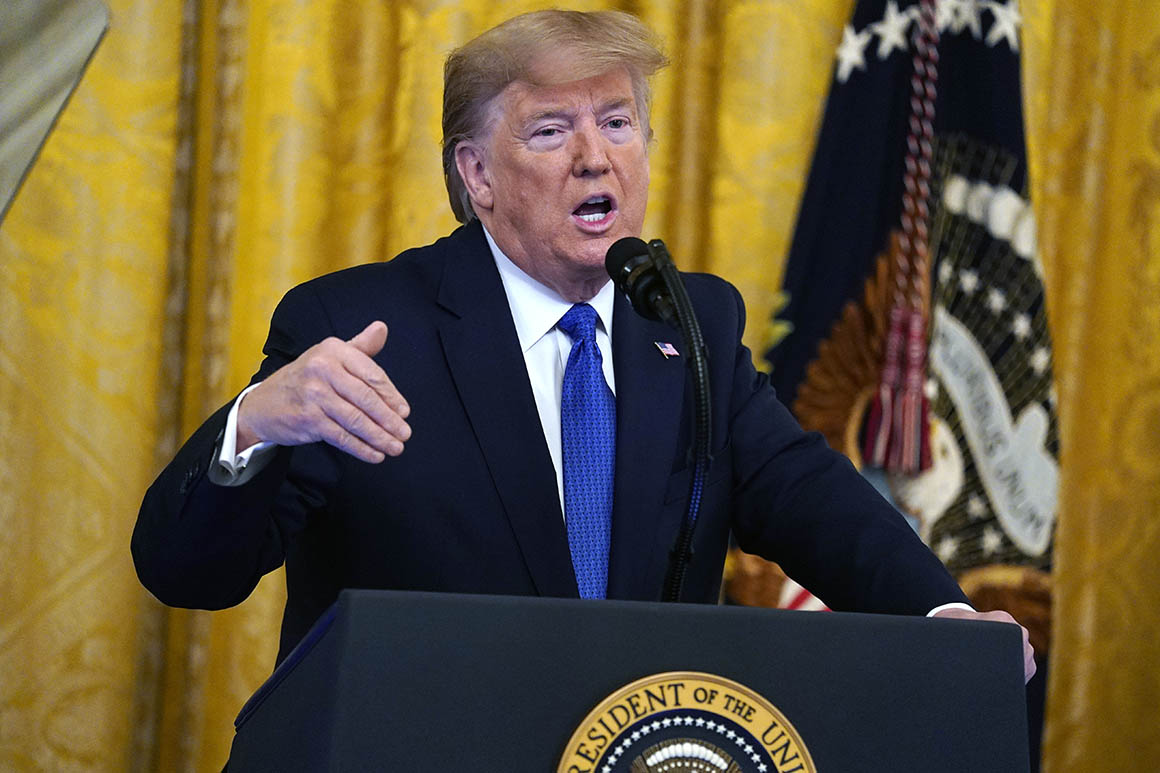 The suggestion that he could block aides who typically listen in on such calls came just seconds after Trump insisted once again that his July phone call with President Volodymyr Zelensky of Ukraine, which set off the chain of events leading to Trump’s being impeached, was “perfect” and “totally appropriate.”

On that phone call, according to a rough transcript put out by the White House, Trump asked Zelensky for a “favor” — investigations of former Vice President Joe Biden and his son Hunter’s dealings in the country, as well as a debunked conspiracy that Ukraine interfered in his 2016 election.

Despite Trump’s repeated assertions that the call was “perfect,” it sparked a member of the intelligence community to file a whistleblower complaint, fueling allegations that the president was withholding military aid for Ukraine to pressure Zelensky into announcing the politically charged investigations.

Presidential phone calls with foreign leaders can sometimes have a number of political and career officials from across the government listening in, allowing them to take notes since the conversations aren’t recorded.

Because of that, despite Trump’s relentless characterization of the document as verbatim transcript, in reality what the public has read of his call with Zelensky is based on the “notes and recollections of Situation Room Duty Officers and NSC policy staff assigned to listen and memorialize the conversation in written form as the conversation takes place,” according to the White House.

Trump made the offhanded suggestion on Thursday as he railed against Lt. Col. Alexander Vindman, a Ukraine specialist on the National Security Council who was one of several administration officials who listened in on the July call. Vindman, who was prematurely booted from his White House post last week, told impeachment investigators in the fall that Trump’s conduct during the call raised alarms and that he reported his concerns to a top White House lawyer.

On Thursday, the president blasted Vindman’s move as “insubordinate” and doubled down on his decision to have the officer and his twin brother, a senior ethics lawyer who is also an Army lieutenant colonel, reassigned from the NSC to the Pentagon.

But while Trump has trumpeted his conversation with Zelensky as “perfect” since details of it came into public view, that characterization has run into sharp dissent even among his allies in Congress. Even while the Republican-led Senate rejected two articles of impeachment against Trump, a prevailing defense coming from GOP senators argued that while what Trump did was inappropriate, either his behavior wasn’t impeachable conduct or House impeachment managers didn’t meet the burden of proving that the president committed impeachable offenses.

Trump has dismissed any suggestion from his allies that his conversation with Zelensky was improper, implying in a speech after his acquittal last week that the senators who criticized the call did so only to avoid political repercussions.

Hours before his interview on Thursday, the president sparred publicly with his former chief of staff John Kelly after Kelly disputed how “perfect” the call was and suggested that Trump’s request to Zelensky amounted to an “illegal order.”