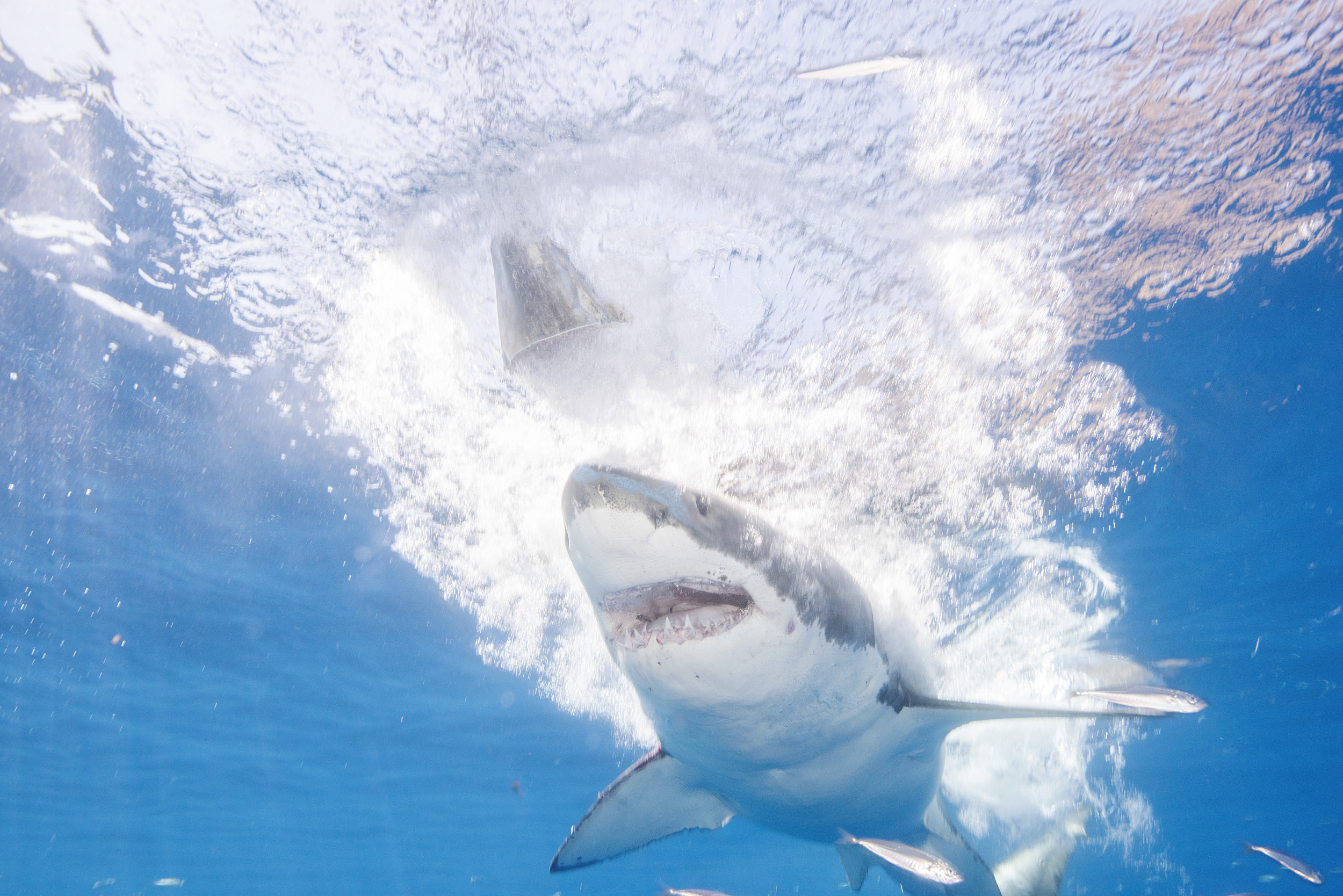 Scuba divers in Palm Beach, Florida, had a close encounter with a deep-sea predator on Tuesday when a great white shark (Carcharodon carcharias) leisurely glided past the group.

The moment was captured on camera by diver Jim Cocci from Viera, Florida, in a minute-long clip posted to both social media and his personal wildlife photography website.

Captain Bill Walker of Walker’s Dive Charters told USA Today it was the first time a great white shark had been sighted during one of the company’s outings in its 27-year history. Every one of the 11 people involved in Tuesday’s dive managed to steal a look at the shark as it swam past.

Another diver, Margaux Frankel, said: “Today all of my dreams came true and I got to hang out on the reef with a Great White Shark!!! Best Day ever!!”

According to the Walker’s Dive Charters, the shark was 20 feet tip-to-tip—which is roughly three times as long as Michael Jordan is tall.

It is also at the larger end for the species. While great white sharks are known to reach sizes of up to 20 feet, the average size for an adult great white is 11 to 13 feet for males and 15 to 16 feet for females. According to reports, this particular individual may have been a pregnant female.

A lack of a visible monitoring device on the dorsal fin suggests it is not one of the North Atlantic sharks being tracked by ocean research group OCEARCH, which uses tags to keep an eye on the movements and behavior of individual sharks for conservation purposes.

The organization’s real-time shark tracker allows scientists to monitor the location of tagged sharks by “pinging” when they break the surface. Differences in individual behavior mean that some sharks appear more often and are easier to track than others.

Recently, the tracker has shown strong activity around the Carolinas, which overlook a popular winter breeding ground (called Northwest Atlantic Shared Foraging Area, or NAFRA). There is also a group gathering around Florida and the Gulf of Mexico. According to OCEARCH, great whites can be spotted in the Gulf for six months out of the year.

While they have garnered a fearful reputation—and are responsible for more shark attacks than any other species—great whites have a lot to fear from us. The IUCN Red List lists them as vulnerable. One of the biggest threats currently facing the species is fishing, either through illegal hunting or as bycatch. According to Smithsonian Ocean, some populations have seen numbers fall more than 70 percent.

The below graph, created by Statista, shows the number of unprovoked shark attacks by country reported between 1580 and June 2019.