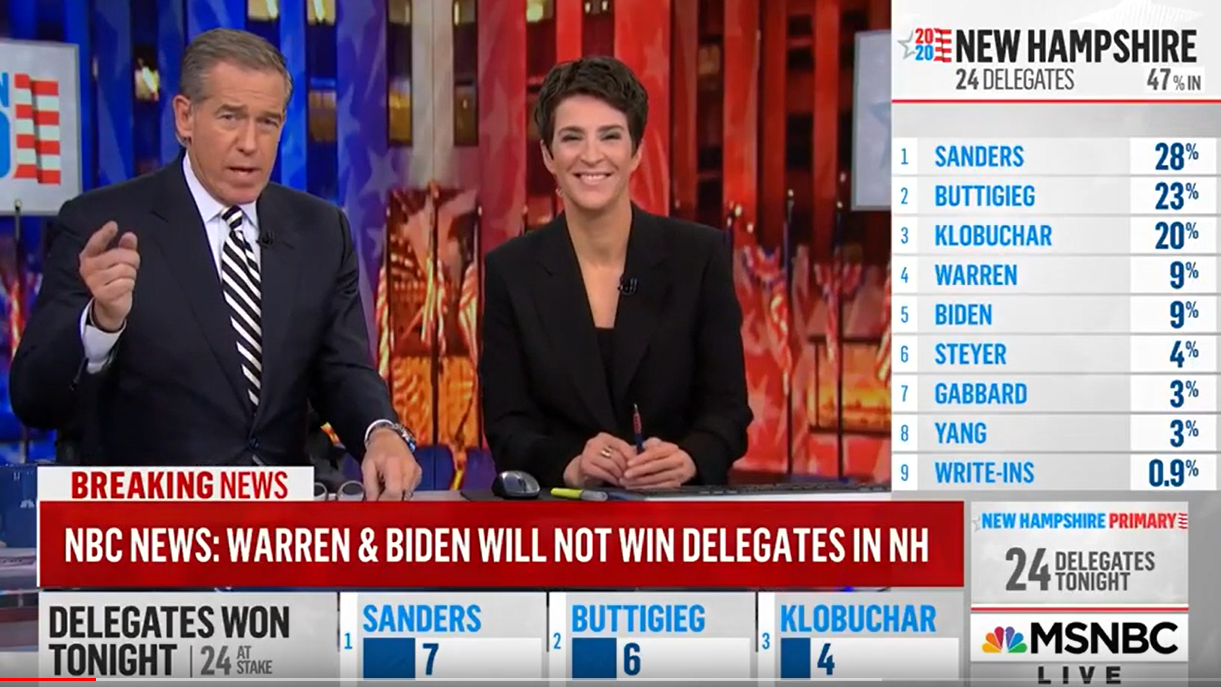 Sometimes when you watch MSNBC, you just see indiscriminate adulation of Democrats. Cameron Cawthorne of the Washington Free Beacon highlighted a scene where Elizabeth Warren was still posing for cellphone photos with supporters despite her dismal fourth-place finish. It came during Rachel Maddow’s hour on Tuesday night. This somehow made her extraordinary, instead of just ordinary.

BRIAN WILLIAMS: Can I show you the loneliest job in politics? Can we go to Warren headquarters, please? Where again tonight, all evidence says that Elizabeth Warren has finished out of the money. She has finished fourth. She is still at work, one after another after another. Since she gave her remarks earlier tonight, while we’ve been talking, while we’ve been covering other stories, Elizabeth Warren, who lives just to the south of the state of New Hampshire, is taking a picture with all who ask.

RACHEL MADDOW: This isn’t lonely to me. This is awesome! I love this!

Then MSNBC host Nicolle Wallace, the ex-Bush aide, spilled out a laugh line: “She’s a really, really, really good candidate.” No, obviously not. She just came in fourth, a single-digit finish in the state right next to hers. Sen. Amy Klobuchar of Minnesota pretty much doubled her vote total.

Cawthorne pointed out this isn’t the first time MSNBC has gushed over Warren’s superhuman endurance posing for photos for hours after campaign appearances. And they weren’t the only outlet pouring sugar.

Fox’s Greg Gutfeld played this clip on The Five on Tuesday, joking “She is on her way to becoming a Walmart Santa and MSNBC is so supportive.”