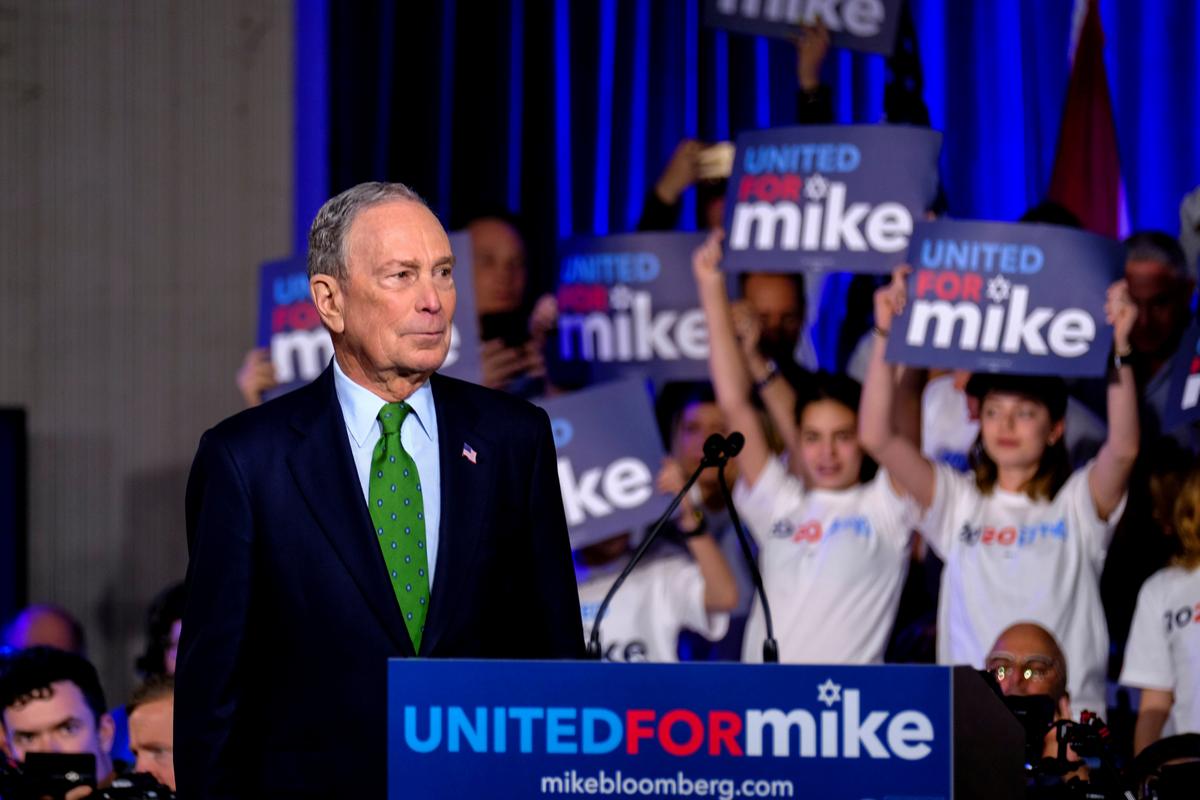 Trump told Fox News Channel’s Sean Hannity in an interview that aired on Sunday that Bloomberg, who stands about 5 feet 8 inches (1.73 m) tall, against the president’s 6 feet 3 inches (1.91 m), had requested a box to stand on during the Democratic debates.

The jab came after the Democratic National Committee (DNC) scrapped a rule last week requiring that candidates meet a threshold of grassroots donations, opening the door for Bloomberg to participate in a Feb. 19 debate in Nevada.

A Reuters/Ipsos poll released on Thursday showed Bloomberg moving into third place among registered voters for the 2020 Democratic nomination after he spent millions of dollars of his own money on advertising. The party’s nominee will face Trump in the November election.

Bloomberg is skipping Monday’s nominating contest in Iowa as well as three other early voting states to focus on larger, delegate-rich states that start voting in March.

Coupled with a series of recent Twitter posts dismissing Bloomberg as “mini Mike,” Trump’s remarks indicate Trump is keeping a wary eye on the billionaire businessman and former New York mayor as a potentially tough competitor who has the funds to outspend him.

Trump’s son Donald Trump Jr. continued the taunt about Bloomberg’s height at a rally in Iowa on Monday.

“Trump’s insults just don’t bother me,” Bloomberg told a campaign event at a community college in Fresno, California, on Monday.

“He’s not going to bully me,” Bloomberg said. “I have never backed down from a bully or run away from a fight.”

On Sunday, Bloomberg’s campaign denied it had requested a box and taunted the president’s “fake hair, his obesity and his spray-on tan.”

With campaign stops across California on Monday, Bloomberg displayed his extremely well-funded campaign. Worth at least an estimated $60 billion, Bloomberg is the only candidate with deep enough pockets to essentially start a general election campaign, while his 10 Democratic rivals focus on the four early voting states of Iowa, New Hampshire, Nevada and South Carolina.

California is the largest of the 14 states to vote on March 3, a date known as Super Tuesday, when nearly a third of the 3,979 state delegates who select the Democratic nominee will be up for grabs.

As of Monday, Bloomberg had 220 full-time staffers in California, which will grow to 300 by the time the state votes, his campaign said. U.S. Senator Bernie Sanders, who is believed to have the second-largest presence, has about 80 staffers in the state.

Many California voters said they were just getting to know Bloomberg. “I came to see more about what his plans are,” said Jesse Gomez, 18, a student at the community college in Fresno, where Bloomberg spoke on Monday.

Gomez said his family was barely getting by on his father’s Social Security check and he wanted to know how Bloomberg would help families like his.