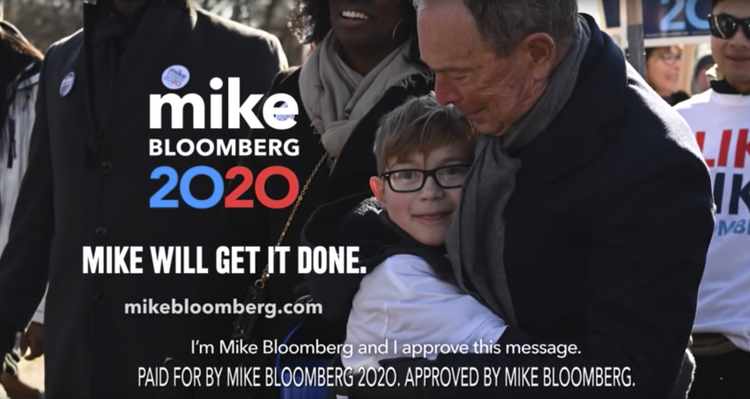 We’ve experienced more than a full year of presidential primary campaigning, culminating Monday night with the Iowa caucuses. Candidates have held countless town halls, sent a flood of fundraising emails, and produced hours and hours of videos. But there’s one thing we haven’t seen: a truly great campaign video.

Powerful – and often controversial — political ads have flooded the nation’s airwaves since the arrival of television. They range from Lyndon Johnson’s ominous 1964 “Daisy” spot to the feel-good “Morning in America” ads from Ronald Reagan’s reelection campaign. Perhaps the first Internet-era “viral” spot was the unofficial Barack Obama music video “Yes We Can.”

In this year’s presidential primary season, however, none of the campaign ad teams are swinging for the fences. Sure, there have been plenty of videos, and a ton of money spent on them, but nothing has broken creative ground, nothing has become “water cooler” conversation, nothing demonstrably impacted the trajectory of the campaign.

This is not to say all of the 2020 ads are bad or ineffective. Joe Biden’s December digital video montage of world leaders mocking President Trump racked up 12 million views. Pete Buttigieg’s “Sun Comes Up” spot, encapsulating his inspirational address at the Iowa Liberty & Justice Celebration, preceded his November jump to the top of several Hawkeye State polls. Andrew Yang, the most unorthodox campaigner in the field, has a very orthodox TV ad campaign — one of the stronger Yang spots features his wife discussing health care for their son with special needs. Sanders has a solid closing ad with vintage clips showing his consistency over the decades. So does Elizabeth Warren, with an ad starring a Donald Trump voter who has switched parties to caucus for her.

These appeals are more canny than creative. It didn’t take a Madison Avenue genius to deduce that making Donald Trump look stupid would strike a chord with Democrats, or that finding a former Trump voter would enhance a Democrat’s electability argument.

The lack of hipster buzz appears to be a strategic choice rather than a failure of imagination. We aren’t seeing head-scratchers, such as when Mike Gravel silently threw a rock in the water, or oddly pretentious spots like when Jon Huntsman began his 2012 presidential campaign with a video of a lone man motorcycling through the desert. We aren’t seeing deliberately cringe-inducing videos, such as the infamous “Demon Sheep” attack ad from Carly Fiorina’s 2010 California Senate campaign, or the Herman Cain presidential ad featuring his smoking chief of staff.

Ad makers appear to be recognizing that hip viral videos haven’t gotten candidates elected. The video stars of 2018 — McGrath, Bryce and Hegar — won their primaries but not their general elections. “America” didn’t make Sanders the Democratic nominee. Creative ads that are fun to watch aren’t necessarily good at getting candidates elected. In other words, clicks aren’t votes.

Politico’s Natasha Korecki took an in-depth look at the competing ad strategies of Buttigieg and Elizabeth Warren. She revealed that Buttigieg’s top ad maker, Larry Grisolano, is an old-school Obama campaign veteran who still believes in the power of traditional TV. Warren’s video maven, Joe Rospars, clashed with Grisolano on the Obama campaigns because he believed more eyeballs could be found on the Internet than on the living room couch in front of the TV.

Rospars also believes that many professional political consultants push TV ads because TV ads are pricey and the consultants get paid a percentage of the cost. To avoid that conflict of interest and save money, Rospars has kept Warren’s advertising operation inside the campaign. However, while Rospars had initially run a largely online-based campaign, in the past month Warren has outspent Buttigieg on television.

While those campaigns were quibbling over the best mediums to use, both fell behind Bernie Sanders and Joe Biden in the polls.  The two front-runners have the most concise pitches in their ads. Sanders presents himself as the most ideologically consistent and the most electable because he inspires young voters; Biden offers himself as a salve for Trump’s destabilizing and divisive politics, and the most electable candidate based on swing state polling.

Perhaps message matters more than the medium. Moreover, trying too hard to be edgy can obscure a candidate’s message. After several years of playing in the digital sandbox, political ad makers are growing up.

Bill Scher is a contributing editor to Politico Magazine, co-host of the Bloggingheads.tv show “The DMZ,” and host of the podcast “New Books in Politics.” He can be reached at contact@liberaloasis.com or follow him on Twitter @BillScher.