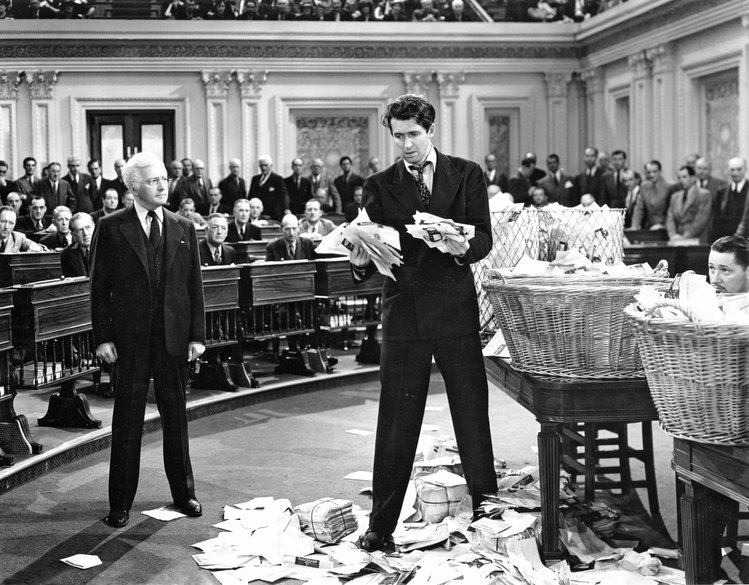 Fifth in a series

Over the past week we’ve shared some insights from comprehensive polling of over 2,000 voters. The survey was originally designed by Patrick Caddell, the math prodigy, pollster, and political strategist who played a key role in getting Jimmy Carter elected president in 1976. Dubbed the Smith Project by Pat, who died last year, the survey analyzes voter attitudes on a range of issues, position statements, potential presidential matchups, and introduces a hypothetical new “Candidate Smith.” This project started in earnest in 2013, and continues today, but its roots go decades back.

During the 1980s, Pat sensed a growing distance between Washington, D.C., and the rest of the nation. In some senses, this disconnect was the logical outgrowth of a nation still dealing with the shredded trust between Americans and their elected leaders over the Vietnam War and the Watergate scandal, which led to the resignation of Richard Nixon. Pat, however, believed that the causes ran deeper. He was convinced that the foundation of the discontent was driven by a political elite more intent on serving themselves than the public. His belief in this alienation between voters and their elected leaders only grew as the years passed – as did the level of alienation itself.

As our survey findings have revealed, this discontent is far greater today than it was when Pat first presciently identified the chasm between Washington and the rest of us. The new poll finds that 83% of Americans feel some level of alienation, with 46% — almost half of Americans — being classified as “very” or “extremely” alienated.

The American people have abundant reasons to feel this way. In 2013, researchers from Princeton and Northwestern universities studied 1,779 policy issues and determined that the interests of average Americans have a near zero, statistically non-significant, impact on public policy. Not surprisingly, special interests and the economic elite – the entities and individuals who primarily fund political campaigns – had a meaningful impact on policy outcomes in Washington.

At a time when median household income has been essentially stagnant for two decades and concerns about income inequality have finally started to receive the attention they deserve, it’s also telling that the five wealthiest U.S. counties are all suburbs that ring the nation’s capital. Coupled with reelection rates for a highly unpopular Congress that routinely run over 95%, the American people certainly have the evidence to believe — as 84% of them do in our survey — that, in the words of the poll, “the country is run by an alliance of incumbent politicians, media pundits, lobbyists, and other powerful money interest groups for their own gain at the expense of the American people.”

The poll, done by RealClear Opinion Research, also found that Americans were feeling under attack themselves: 77% of respondents agreed with the statement “I feel as though my beliefs and values are under attack in America these days.” And 76% agreed that the “state of politics in our country is so bad that I fear our society is splitting apart and we are headed for a political civil war.”

A political culture built on vilifying opposing candidates and dividing the American electorate against itself has turned Americans against each other.

Pat Caddell touched on this when he wrote in 2014:

For too much and too long, the political class, Democrats and Republicans both, has turned the foundational principals of American Democracy on its head: acting as if the American people are the servants and that they themselves are the people’s masters.  To preserve this perversion, they lull us with political theater, demoralize us with cynicism, use fear to divide us one from another and all the while trying to bribe us with false promises.  They no longer ask the American people for their patriotism or idealism, or their sacrifice, but ask only their price.

Caddell’s view was that the only way out of our current self-imposed partisan prison was for the American people to assert their sovereignty by demanding and supporting a new breed of political leader – citizen servants who put the interests of their real constituents ahead of their political careers. He embodied this belief in a hypothetical presidential candidate.

So, who is this Candidate Smith? Caddell modeled him on Jefferson Smith, played by Jimmy Stewart in Frank Capra’s iconic movie “Mr. Smith Goes to Washington.” Smith is an earnest citizen-servant appointed to fill a Senate vacancy because the party leaders consider him a trusting hayseed whom they can easily manipulate. But they underestimate their man – just as both major political parties sell the American voters short today. Believing that “one man and the truth is a majority,” Stewart’s character finds himself fighting party insiders, corrupt political operatives, and dirty politicians who are engaged in legislative self-dealing meant to enrich themselves.

In the poll, Caddell (and, now John Della Volpe) does not tell respondents anything about Jimmy Stewart’s backstory. Rather, the suggestion is that Smith isn’t a liberal or conservative but someone who believes that Americans’ fundamental ideology is common sense. Candidate Smith believes we need to fix our broken political system before we can really do anything about solving our other important issues. Candidate Smith isn’t a lifetime politician, but instead someone who is willing to take on the political elites and special interests and put the American people in charge again. Not surprisingly, 82% of Americans have a favorable view of this untarnished political candidate with 18% having an unfavorable view – exceeding the net favorability levels we saw in the beloved Hollywood actors that we tested in the poll.

The survey then takes the respondents through a range of statements regarding Smith’s governing philosophy and policy positions. The policy statements are heavy on fixing our broken political system. (“Candidate Smith will prohibit lobbyists from making campaign contributions to members of Congress or organizing fundraisers for them” – to which 85% of respondents agreed), but also delve into issues like the federal budget, tax code, energy policy, the military, foreign policy, and government regulations. After discussing these positions, support for Candidate Smith actually went up.

I’m sure that many partisans on both sides of the political divide can look at that description and see elements of the candidate they’re supporting. Donald Trump uses much of the same corruption language when making the argument for his candidacy. Bernie Sanders also has been unwavering in his criticisms of the economic elite and a government that seems to be for sale to the highest bidder. Others, mostly members of the other political party, would bristle at the notion that either President Trump or Sen. Sanders represents this sort of positive, transformational figure that could bring our country together.

Therein lies the rub. Given the level of partisan rancor in this country, it’s unlikely any member of either major political party is going to be able to bridge the divide in our nation and heal us as a people. Does anyone imagine that our Candidate Smith would start out with an 82% positive approval rating or that the candidate’s policies would be so well received if our hypothetical candidate were a Democrat or Republican? Three of our most gifted politicians of the last half century — Bill Clinton, George W. Bush, and Barack Obama — all entered the White House speaking in terms intended to unite. All of them left eight years later with the country even more divided. Invariably, the pendulum will continue to swing back and forth between the parties, and the cycle of imposing wills instead of building consensus will continue – leading to more animus, more division, and more political dysfunction. In the meantime, our problems as a nation at this time of monumental consequences will only grow.

When you teach a man to hate and fear his brother, when you teach that he is a lesser man because of his color or his beliefs or the policies he pursues, when you teach that those who differ from you threaten your freedom or your job or your family, then you learn to confront others not as fellow citizens but as enemies. …

We learn … to look at our brothers as aliens, men with whom we share a city, but not a community, men bound to us in common dwelling, but not in common effort. We learn to share only a common fear – only a common desire to retreat from each other – only a common impulse to meet disagreement with force. For all this there are no final answers.

Some say the answer lies in expecting more from our current leaders. Until structural changes alter the electoral incentives that will require a level of courage rarely exhibited by today’s career politicians. Others believe we will be jolted back to the recognition that we are all Americans first by a grave national crisis that threatens us all. But even that hasn’t proven to be an antidote to the politics of hyper-partisanship. How long was it after Republicans and Democrats sang “God Bless America” on the steps of the U.S. Capitol as the sun set on 9/11 before the “D’s” and “R’s” were again at each other’s throats? The answer is not long.

What Pat Caddell started looking for in 1984, we need even more desperately today – a leader who cares more about the American people than the compromising exigencies of party politics. The American people clearly want something different. How else do you explain a hypothetical politician receiving higher approval ratings than our most beloved Hollywood actors? The American people can have the kind of leaders they deserve if they are willing to vote for what they want instead of voting against what they are afraid of.

Greg Orman is a Kansas entrepreneur, author of “A Declaration of Independents” and a former independent candidate for governor and senator of his state.