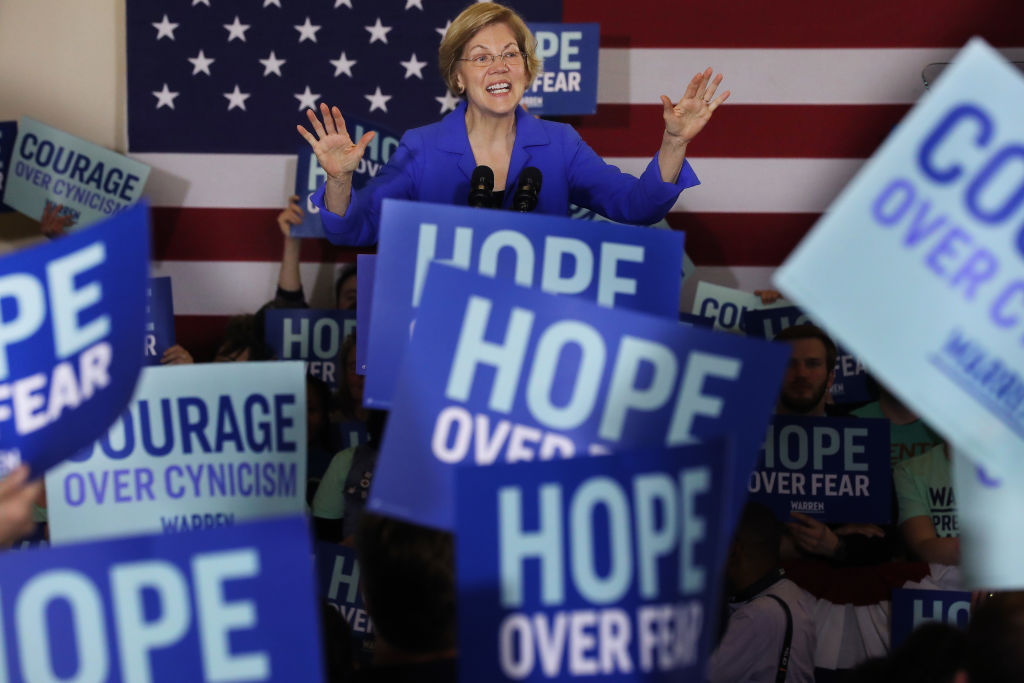 A representative from Senator Elizabeth Warren’s campaign took aim at her rivals Pete Buttigieg and Bernie Sanders on Tuesday morning, after the Iowa Democratic Party delayed releasing results from the Monday evening caucuses.

Sanders and Buttigieg both released preliminary and incomplete results compiled by their respective campaigns’ captains, with both suggesting that they had won in Iowa. Buttigieg took it a step further, declaring on Monday evening that he would go on to New Hampshire “victorious.” In Tuesday morning interviews, the former South Bend, Indiana, mayor doubled down on that claim.

“Any campaign saying they won or putting out incomplete numbers is contributing to the chaos and misinformation,” Joe Rospars, Warren’s chief strategist, tweeted in an apparent criticism of the Massachusetts senator’s fellow contenders.

Roger Lau, Warren’s campaign manager, tweeted later on Tuesday that the senator’s team would provide its own results directly to the Iowa Democratic Party.

“Our campaign collected photos and other raw documentation of the results at hundreds of caucus locations as part of our internal reporting process,” Lau tweeted. “Today we will provide what we have to the Iowa Democratic Party to help ensure the integrity of their process.”

A spokesperson for Buttigieg’s campaign told Newsweek that its data was drawn from more than 1,200 of Iowa’s more than 1,600 precincts. “As a result, we know that Pete built the coalition that proves he is the best positioned to beat Donald Trump in November,” the representative said.

Newsweek also reached out to press representatives for Sanders’ campaign, but they did not respond before publication.

In an early Tuesday morning press release, the Sanders campaign said it was releasing data compiled by its captains in nearly 40 percent of Iowa’s precincts. They said the move was in “the interest of full transparency.”

Sanders did not go so far as to declare victory on Monday evening, however, even though his campaign’s incomplete numbers showed him with a clear lead.

“I have a strong feeling that at some point the results will be announced, and when those results are announced, I have a good feeling we’re going to be doing very, very well here in Iowa,” the Vermont senator told a crowd of supporters a little before midnight.

The Iowa Democratic Party said the majority of results from the Iowa caucuses will be released by 5 p.m. EST. Iowa results are normally released just a couple of hours after the caucuses across the state conclude. But the state’s Democratic Party struggled to tally the final totals, citing “inconsistencies” on Monday evening.

“We found inconsistencies in the reporting of three sets of results. In addition to the tech systems being used to tabulate results, we are also using photos of results and a paper trail to validate that all results match and ensure that we have confidence and accuracy in the numbers we report,” the party said in an official statement.

“This is simply a reporting issue. The app did not go down, and this is not a hack or an intrusion. The underlying data and paper trail is sound and will simply take time to further report the results,” the statement added.