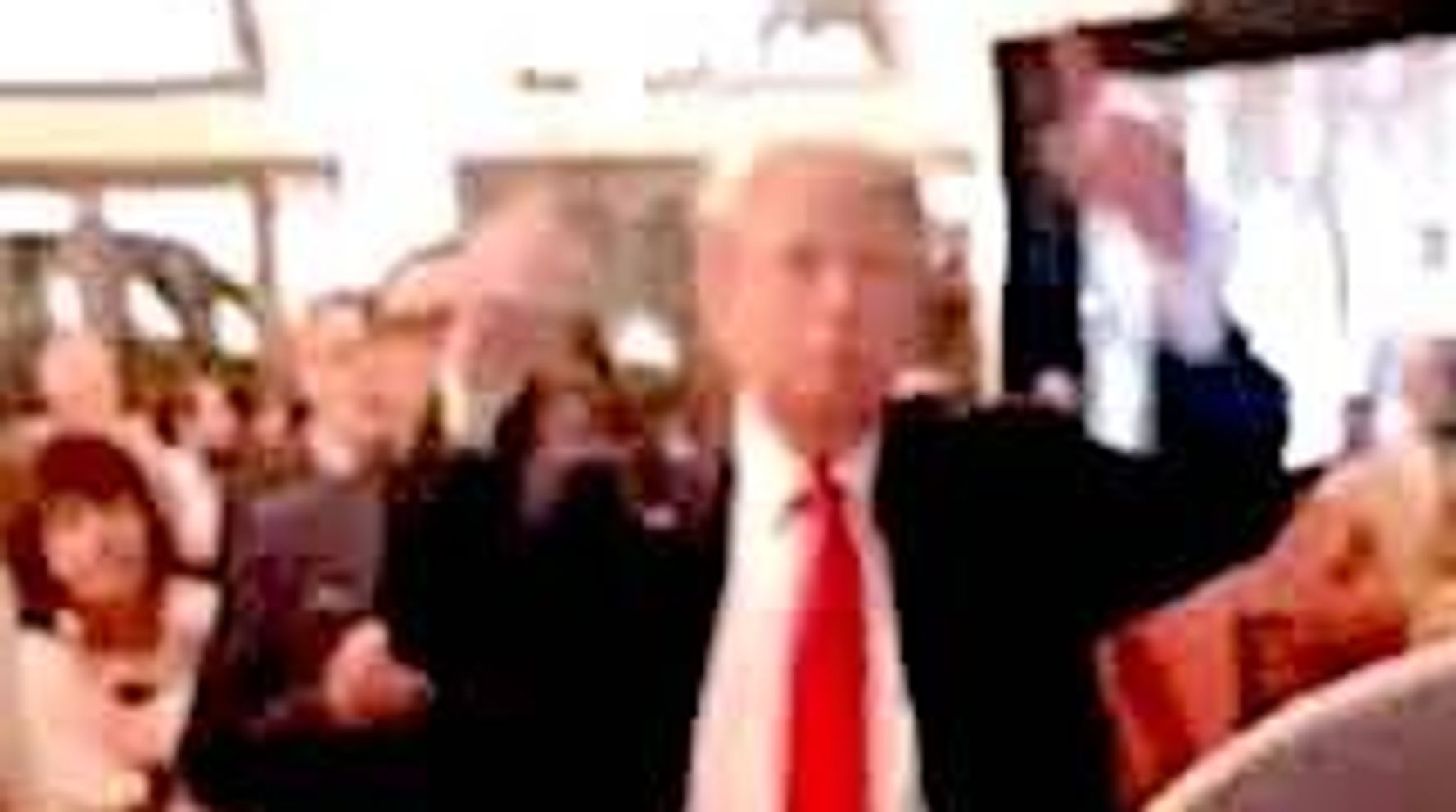 President Donald Trump was chastised Monday after video footage showed him goofing off as the national anthem played during a Super Bowl party at his West Palm Beach golf resort.

As everyone else around Trump (including his wife and youngest son) stood solemnly with their hands over their hearts, Trump fidgeted, waved his hands, pointed at people and pretended to conduct the music.

The video of the president cutting up during the anthem, first reported by the Miami Herald, was part of an Instagram story posted by a real estate agent at the party, which was held for a select group of the president’s supporters. The event cost American taxpayers $3.4 million, according to an analysis by HuffPost.

Boy. Good thing Trump is not a black NFL player, because otherwise this behavior would probably be really disrespectful and bad.https://t.co/hWoN4n2KJo

Our troops are worthy of a commander-in-chief who respects them. Instead, they’re being led by a self-centered man-child. https://t.co/QsHwtNz7mg

Trump has said that athletes who take a knee at NFL games to protest racism and police brutality — a movement launched by former San Francisco 49ers quarterback Colin Kaepernick — should be fired because they’re disrespecting America and the military.

When a football player takes a knee, the team owner should “get that son of a bitch off the field,” Trump told a rally in 2017.

Fox Nation host Tomi Lahren slammed celebrities Beyoncé and Jay-Z on Sunday for sitting during the anthem. She hasn’t yet remarked on the president’s antics.

Beyoncé & Jay-Z (former crack dealer)sit for the national anthem because apparently the United States of America has oppressed them with millions upon millions of dollars & fans. Sounds rough. Maybe they should try another country that allows them a little more freedom & success?

The Miami Herald mocked Trump in an editorial by sarcastically noting his “burst of patriotic fervor.”

It’s “amazing that so many ‘patriots’ who brandish the flag and wear the red cap actually don’t mind any of this,” the editorial noted.

Well, as long as he didn’t take a knee. pic.twitter.com/zwSuC2dGOJ

Where is the outrage from his supporters over this?

That’s what a 3 year old would do.

Maybe we should elect an adult in November.

Is something wrong with him? That doesn’t seem normal for anyone.

Their posture will be their undoing #VoteBlue2020 pic.twitter.com/0ScVTQ0SG9