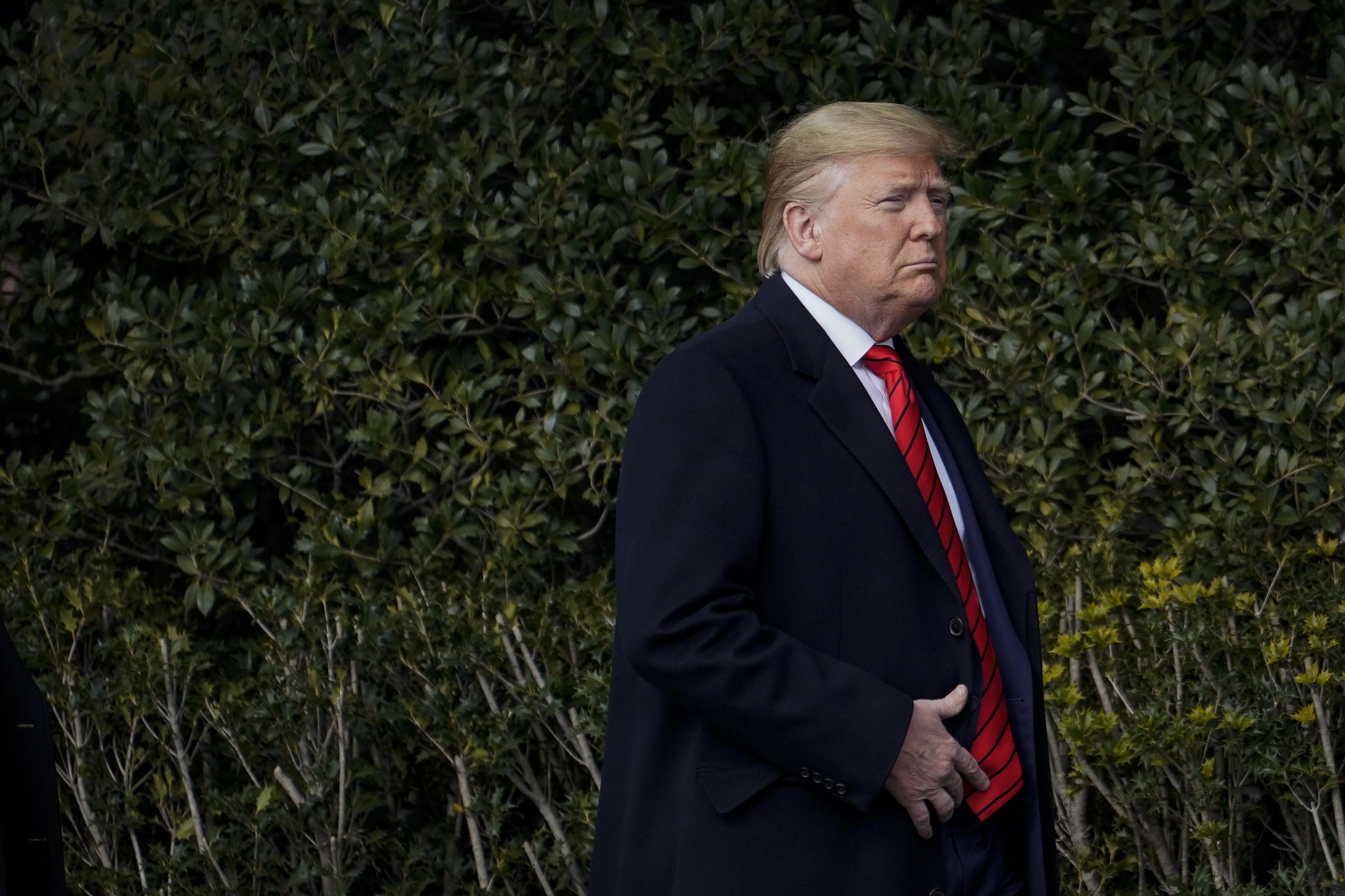 “They can’t even run a caucus and they want to run the government,” he tweeted alongside a flushed-face emoji. “No thank you.”

In a separate statement released by the campaign, Parscale added that Democrats were “stewing in a caucus mess of their own creation with the sloppiest train wreck in history.”

“It would be natural for people to doubt the fairness of the process,” he said. “And these are the people who want to run our entire health care system? Tonight President Trump posted a record performance in the well-run GOP Iowa caucuses with record turnout for an incumbent.”

The Iowa Republican Party said Trump smashed “all incumbent turnout records,” while the Iowa Democratic Party said early data indicated that turnout on their side was on pace for the 2016 caucuses, in which 171,000 people participated.

Trump easily defeated his lesser known GOP rivals, former Illinois Rep. Joe Walsh and former Massachusetts Gov. Bill Weld, both of whom had about 1 percent of the total vote count with 89 percent of precincts reporting.

Entrance polling showed Bernie Sanders, Joe Biden, Pete Buttigieg and Elizabeth Warren as the top candidates in the Democratic caucuses, but zero percent of precincts had reported results by midnight. Only a few thousand popular vote totals had trickled in, though most news organizations were waiting on state delegate equivalents to declare a winner.

In a bid for more transparency in the process following the razor-thin caucuses between Sanders and Hillary Clinton in 2016, Iowa Democrats had planned to release data on the first alignment, the second alignment and state delegate equivalents.

The party, however, said it “found inconsistencies in the reporting” and was relying on pictures of results to provide a paper trail. Issues were also reported earlier Monday in the mobile application the party had planned to use to report results back to the state party.

Kayleigh McEnany, the Trump campaign’s national press secretary, called the delay “peculiar” and questioned whether Democrats were “rigging” their caucuses in Iowa.

“They just can’t let the People have their say!” she tweeted.

“Democrats not even being able to report the results of their own election is the most perfect metaphor for starting 2020,” tweeted Andrew Clark, the campaign’s rapid response director.

Trump himself chimed in on his favorite social media platform, but only to celebrate his victory: “Big WIN for us in Iowa tonight. Thank you!”