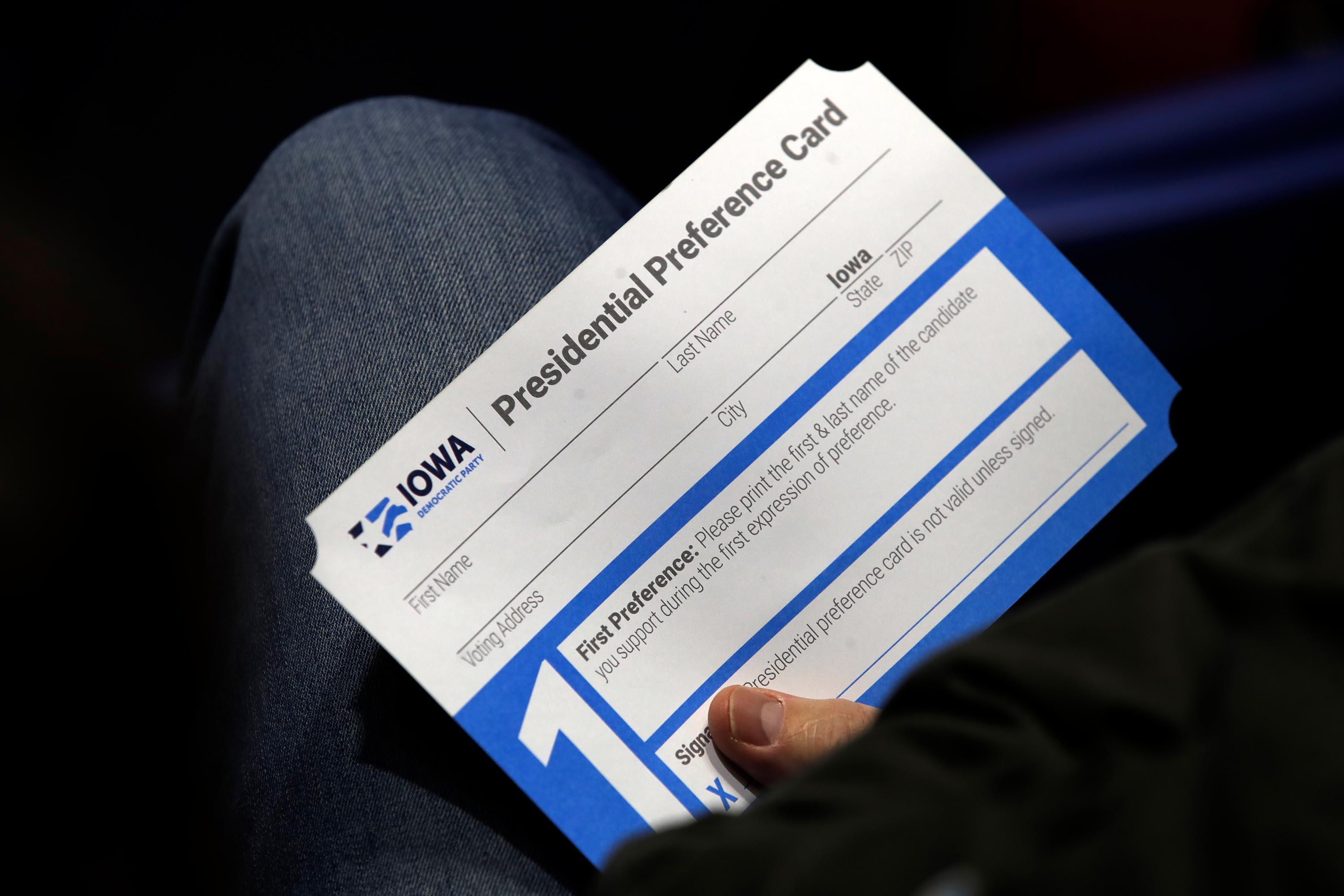 Results from tonight’s Iowa caucuses are delayed, with Iowa’s Democratic party chalking the extra time up to “quality checks” and the party’s decision to report three totals this year.

Voting issues aren’t new when it comes to the Iowa caucuses. In the last presidential election, Iowa faced a controversy surrounding apparent confusion about the voting process.

Unlike a traditional primary, in which voters cast ballots, caucuses all take place out in the open: People show up to their precinct and physically move into designated parts of a room to show their preference for a certain candidate. Delegates are awarded based on those who reach a certain threshold of support by the end of the night.

In 2016, the state Democratic Party was forced to review the caucuses after the campaigns of Hillary Clinton and Bernie Sanders flagged issues with the process — specifically the way in which a winner is declared and coin flips.

The winner of the caucuses is decided by state delegate equivalents, tied to a math formula, not head counts. Coin flips, or “games of chance,” are used in rare circumstances at precinct caucuses to adjudicate ties or resolve issues created by rounding errors.

The 2020 caucuses proceeded under new rules and procedures, including the addition of “satellite caucuses,” as part of the state’s effort to make the process more accessible.