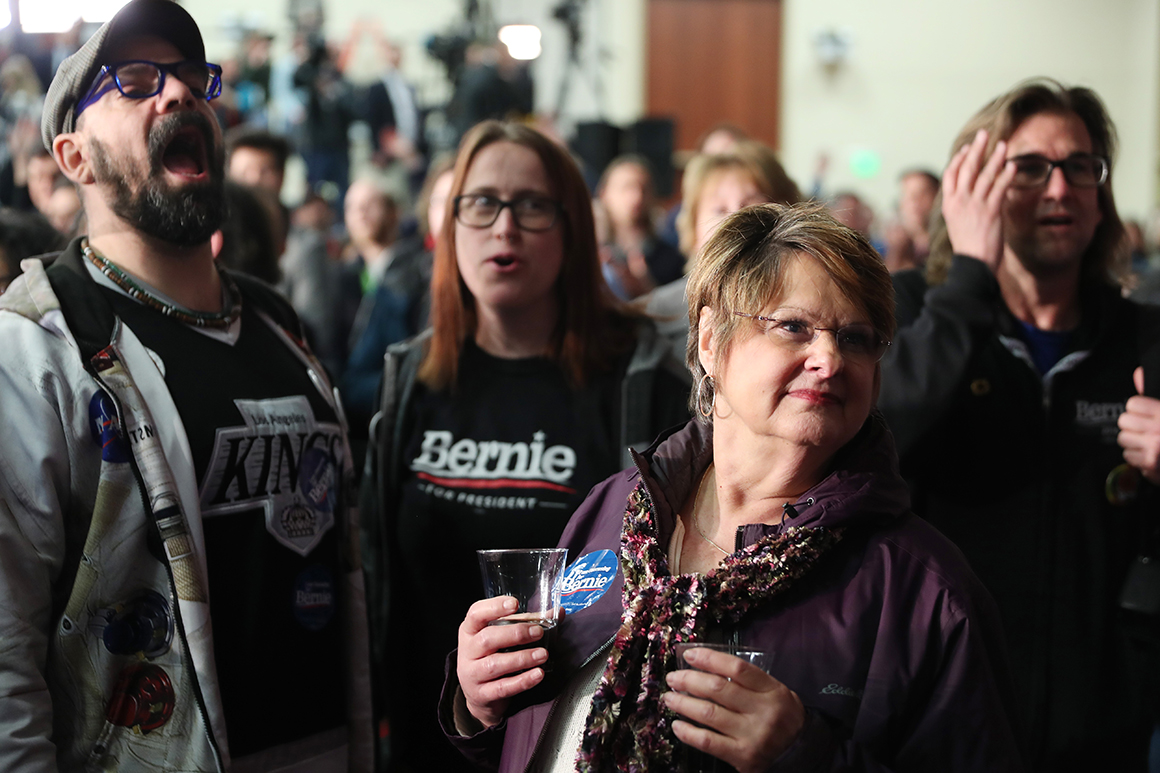 Once his intended meaning became clear, Buttigieg’s speech amounted to a weird capstone to a very weird night.

By the time people get those indications, it’s not clear that they will matter. The very theory of the Iowa caucus was strained by Monday night’s vote-counting debacle. The idea, stretching back to Jimmy Carter’s coming-from-nowhere victory in 1976, is that a small-state could have large impact by going first and leveraging the power of theatrics. A win in Iowa is supposed to vault people to some new orbit in the public mind—the elusive force called momentum—and produce more victories ahead.

But the theatrics of Iowa have been ruined. The crowning of a winner Monday did not happen. Tuesday is Donald Trump’s State of the Union address. Wednesday is the day Trump is supposed to win acquittal in his Senate impeachment trial. Friday is another Democratic debate in New Hampshire, where voters cast primary ballots in a week. Iowa momentum may prove perishable—if it is ever there to harvest in the first place.

The only thing clearly indicated from Monday night’s event was fiasco. At the time of this writing—middle of the night East Coast time—even the dimensions of this fiasco are unclear.

Will we get results—as well as a detailed and credible explanation of what went wrong—within a few hours? What about unconfirmed reports on social media that procedural errors in some precincts mean that there will never be a clear reckoning of the results?

For now, anyway, Buttigieg’s startlingly specific claim of victory is no more credible, or less credible, than Bernie Sanders’s general claim that when results are announced, “I have a good feeling we’re going to be doing very, very well here in Iowa.” This public claim from the Vermont socialist was followed up by private assertions from his staff that he is in fact winning the vote count so far.

Amy Klobuchar, the first candidate to break the stunned silence late Monday by coming out to address supporters, didn’t make a claim about where in the ranking she would finish but asserted that a favorable showing proved that her campaign is “punching way above our weight.” Elizabeth Warren a short-time later likewise maintained she had done well without making a claim of how well.

Only former Vice President Joe Biden didn’t lay it on thick, presumably because the evidence did not support anything more than laying it on thin. “From our indication it’s going to be close,” he said. “We’re going to walk out of her with our share of delegates.”

At this writing, it’s not clear that these semi-ridiculous assertions of semi-plausible reality even matter.

The bleary-eyed night in which these words are being written is strange but hardly beyond belief. Over the past generation we have gotten used to weird; to a presidential elections that came down to a 400 votes in Florida, with a winner declared and then undeclared and then a month of limbo; To another election marked by FBI investigations of both major candidates and accusations of conspiracy that continue for years.

In that sense, the non-result of Iowa may not faze people. But it will sure test their patience. Iowa is supposed to vault candidates. Instead it vaulted the entire caucus ritual high off a diving board—and into an empty pool.