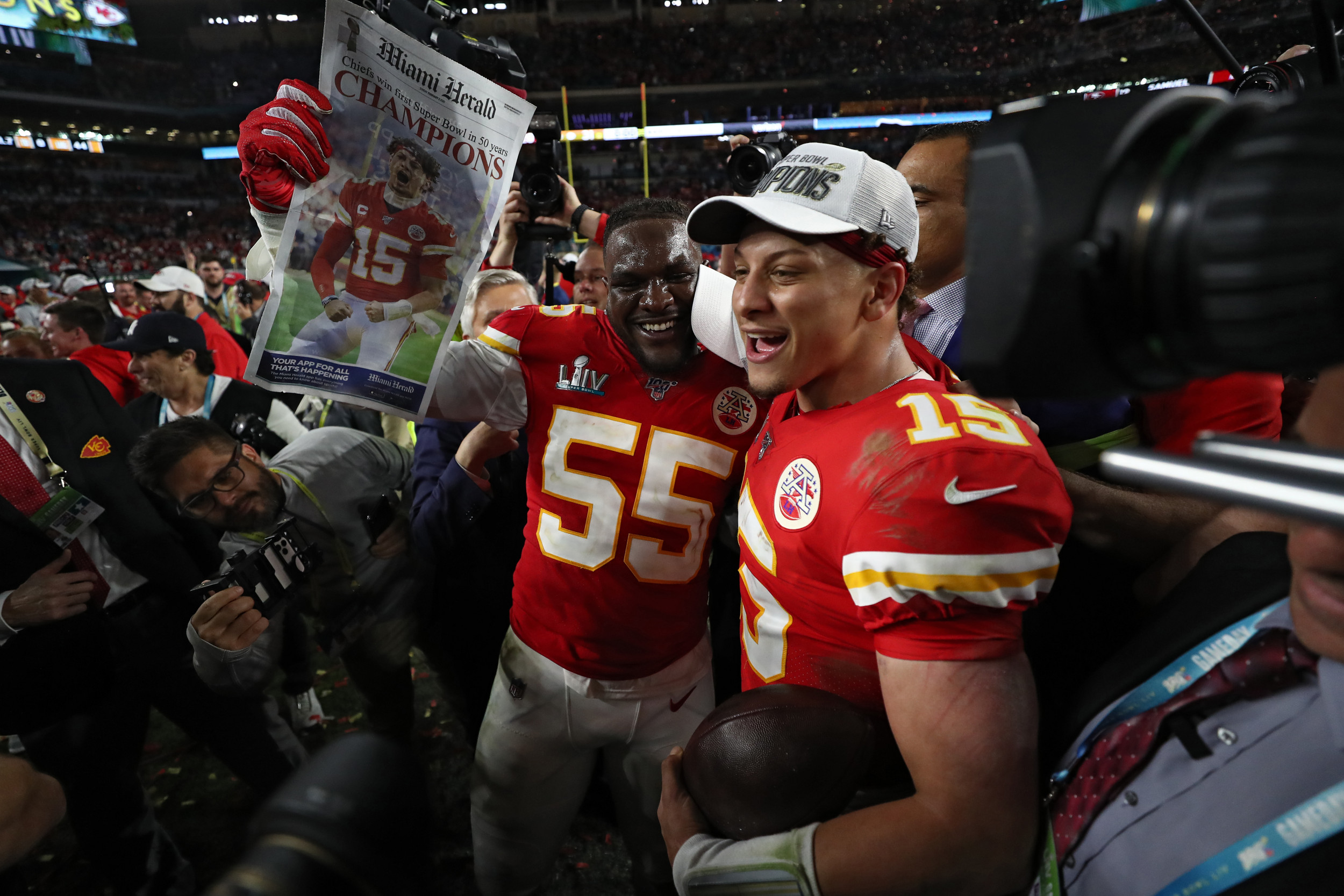 A sportswear company has wasted no time in trolling President Donald Trump for his geographical faux pas in the wake of Super Bowl LIV.

On Sunday, just minutes after the Kansas City Chiefs defeated the San Francisco 49ers 31-20 to clinch a first Lombardi Trophy in 50 years, Trump tweeted a message of congratulations to the team.

“Congratulations to the Kansas City Chiefs on a great game, and a fantastic comeback, under immense pressure,” he wrote.

“You represented the Great State of Kansas and, in fact, the entire USA, so very well. Our Country is PROUD OF YOU!”

It didn’t take long for Twitter to point out that Kansas City is in fact in Missouri.

Trump quickly deleted his tweet, before re-posting it later with the correct state. By then, however, his blooper had gone viral.

Clothing company RotoWear swiftly seized upon the mistake and created a T-shirt referencing the blooper.

In the traditional red and yellow Chiefs colors, the T-shirt carries a message reading “The Great State of Kansas” emblazoned into the silhouette of Missouri.

RotoWear went as far as tweeting the President to inform he’d won a free T-shirt, providing he sent them a direct message on Twitter—presumably not to confirm the address the T-shirt would have to be shipped to.

Kansas City, Kansas, and Kansas City, Missouri, are two separately incorporated cities but together are part of the Kansas City Metropolitan area.

While there are parts of the Kansas City metropolitan area that cross the state line into Kansas, the city is Missouri’s largest and Arrowhead Stadium is one of the state’s most famous sporting arenas.

Trump’s blooper did not escape the eye of former Missouri senator Claire McCaskill.

McCaskill took a screenshot of that tweet, which she then shared on her own Twitter account with a not-so-subtle caption reading: “It’s Missouri you stone cold idiot.”

The Kansas City, Missouri, police department also joined the fund and tweeted: “Now that everyone is paying attention to Kansas City, it seems people are confused: We’re from MISSOURI. Check our profile pic—It’s our Missouri-shaped patch.”

The President, however, was defended by Fox News host Steve Doocy, who played down the nature of the mistake, suggesting it was a very common pitfall.

“Kansas City is in Kansas, and it is also in Missouri,” the host of Fox & Friends explained.

The Giants and the New York Jets do indeed play at MetLife Stadium, which is located in East Rutherford, New Jersey.

The borough, however, is considered an inner-ring suburb of New York City, which is why both teams have retained New York in their name since moving to New Jersey in 1976 and 1983 respectively.