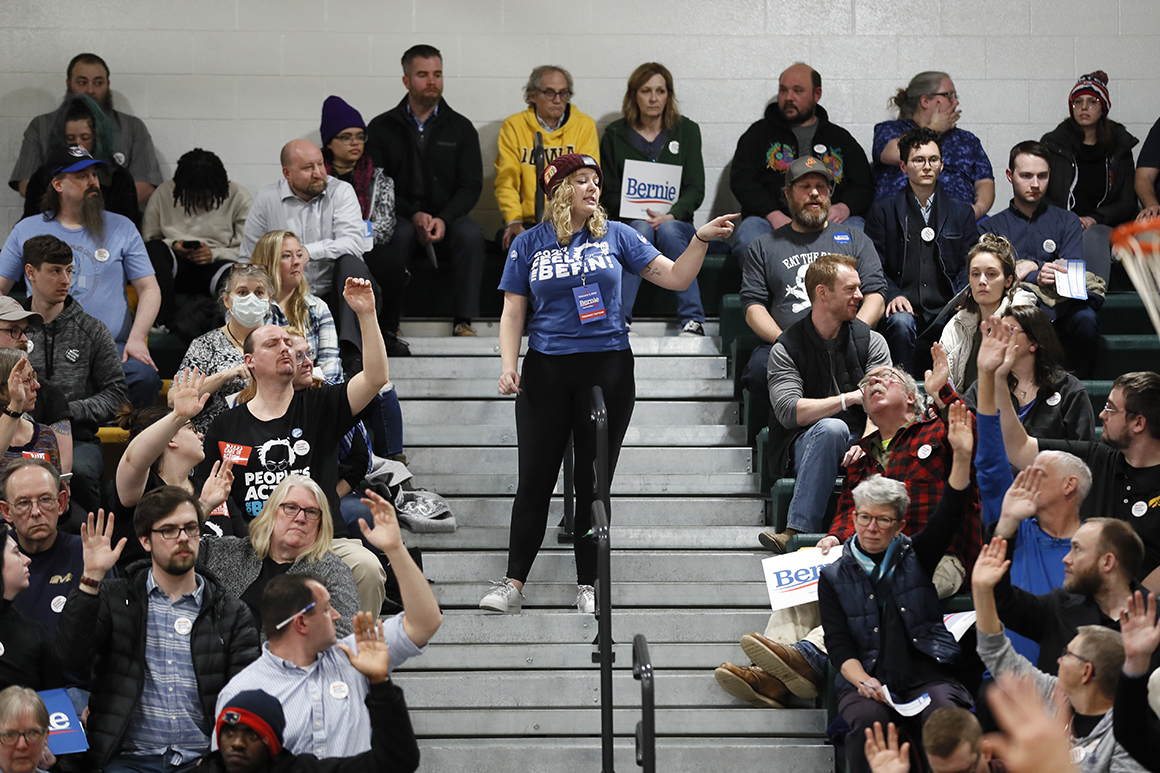 The disaster that unfolded here Monday night—improper recording of results, failed transmission of precinct tallies, botched management of the voting procedures themselves—will leave no recourse for the national parties. Iowa’s blood has been in the water for years, its sacred-cow status a source of resentment for states like Florida and Michigan that claim to be more representative of the nation. Iowa has survived, cycle after cycle, on the strength of strategic alliances, none more critical than between the Democratic and Republican parties in the state, each one recognizing that one’s failure could doom the tradition clung to by both.

There have been close calls before, but nothing approaching the catastrophe of Feb. 3, a date that will be remembered as the beginning of Iowa’s end after a nearly half-century-long run kicking off the presidential primary process. As it became clear in the twilight hours of Monday that Democrats would not produce timely, trustworthy numbers by which to judge the candidates after two years of campaigning in the state, it was equally obvious that Iowa’s day of reckoning had arrived.

“This will probably be the last caucus we’ll have to worry about,” David Yepsen, the longtime Des Moines Register scribe and dean of the Iowa press corps, wrote on Twitter.

His sentiment was shared by two longtime Iowa veterans I spoke with, one in each party, people whose lives and livelihoods have long revolved around the state’s political influence. The Democrat I spoke with appeared on the verge of tears. And even the Republican, who knows his party could protect its special status even if Democrats lose theirs, was despondent. There was no mistaking the gravity of what was happening or the implications for their state.

For Iowa to fall in this manner is at once predictable and inexcusable. The state’s Democratic Party had four years to train and prepare for its most essential responsibility: the administering of an efficient, transparent, accurate caucus process. In fairness, this is no easy task; the byzantine rules of Iowa’s voting system, compounded by recent changes that added additional layers of confusion, demand some degree of grace from candidates and pundits alike. But Iowa Democrats didn’t just fail in their responsibility. They failed spectacularly. They failed in such complete and humiliating fashion that no one will remember who won the 2020 caucuses, only that Iowa lost. Instead of punching three tickets to New Hampshire, the state etched its place in electoral infamy.

The timing couldn’t have been worse. With the country still reeling from unprecedented foreign interference into the 2016 campaign, and Democrats elevating the issue of election security as critical to the unseating of President Trump, Monday night’s fiasco hardly inspired confidence in the party—much less in the institution of the ballot box.

Of course, Iowa’s refusal to use a ballot box—opting instead for a voting ritual dependent on hand-raising and shoulder-rubbing—is why the state is now a punch line of the political world.

Not that we shouldn’t have seen this coming. A humiliation of lesser proportion occurred just eight years ago, during the Republican caucuses of 2012, when Mitt Romney was incorrectly named the winner instead of Rick Santorum, robbing the underdog of immeasurable momentum that would have been his heading into New Hampshire and beyond.

The Republican Party of Iowa reeled from this mishap over the next four years, and with national party leaders growing increasingly vocal about pushing Iowa off its special perch, the state GOP knew there was no margin for error. Implementing a militant set of procedures to ensure that nothing went haywire in 2016, the party ran a flawless caucus operation, taking some heat off and buying Iowa at least four more years at the front of the primary schedule.

But the bullseye was destined to be all the brighter on Democrats in 2020—not solely because of long-festering frustrations over the caucuses and their inherent capacity for dysfunction, but also because of the state’s demographic mismatch with the national party base. It’s one thing for Democrats to stomach a complex process that scares away participants and sews confusion among national audiences; it’s another thing to do so in an old, white, rural, religious state that looks less and less like a party that is young, diverse, metropolitan and secular.

Iowa has long been on the ropes. Who knows—maybe it could have survived the body blows, such as criticisms from Julian Castro, and protests from party activists, and whispers of an organized mutiny ahead of the next presidential primary. But none of that matters anymore. Monday night will go down as the self-inflicted knockout punch, and with it, the end of a political era.