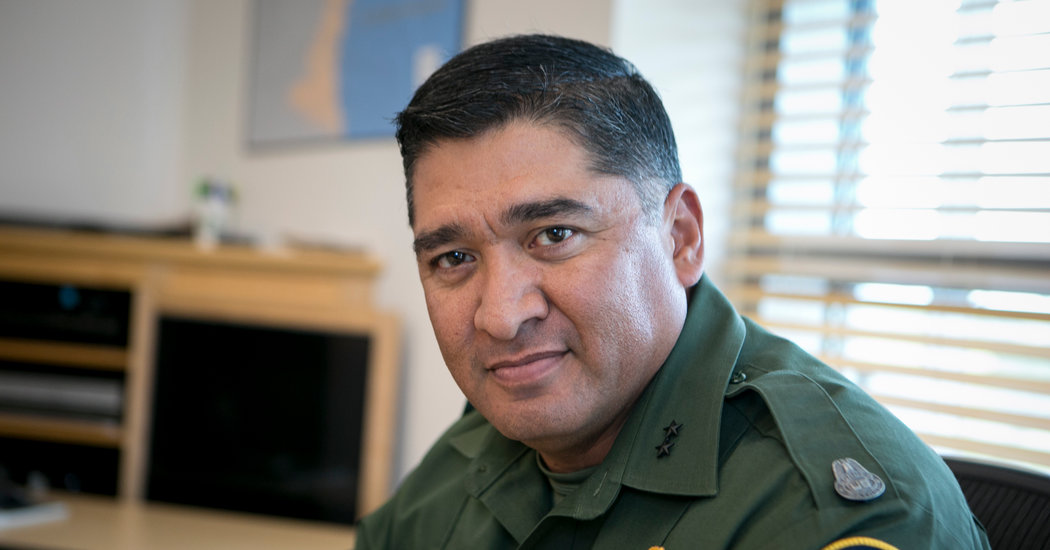 President Trump, foreshadowing elements of a State of the Union address set against the backdrop of impeachment, will bring a top Border Patrol agent as one of his guests on Tuesday night when he addresses a joint session of Congress.

In addition to that agent, Raul Ortiz, who last week was promoted to the job of deputy chief of the United States Border Patrol, Mr. Trump has also invited Tony Rankins, an Army veteran from Cincinnati who grappled with post-traumatic stress disorder, addiction and homelessness.

Mr. Rankins, who had been incarcerated, re-entered the work force after being trained as a carpenter and tradesman by a company called R Investments.

Since then, presidents have singled out civil rights leaders, shooting victims, wounded veterans and others during the State of the Union speech, attempting to humanize the words on a teleprompter.

Members of Congress each get one ticket to bring a guest to the speech — often a symbolic choice. This year is no different. Here are some of the people who have been invited.

The measure would require prosecutors to notify sexual assault victims of precharging developments such as plea bargains and other agreements, like the one that allowed Mr. Epstein to plead guilty in Florida to lesser state charges of soliciting prostitution and serve 13 months in a county lockup as part of a highly criticized deal in 2008. Mr. Epstein, who had been facing charges of sex trafficking, took his own life last summer in a New York jail.

Rushan Abbas, a prominent Uighur human rights activist, will be the guest of Senator Marco Rubio, Republican of Florida, who is the co-chairman of the Congressional-Executive Commission on China.

As many as one million members of Muslim ethnic minorities have been sent to detention camps and prison in China, including the Uighurs, a largely Muslim Turkic minority in Xinjiang, in northwestern China.

Representative Gerry Connolly, Democrat of Virginia, announced Monday that he would bring Hatice Cengiz, the fiancée of the slain journalist Jamal Khashoggi, as his guest to the State of the Union speech.

Representative Tom Malinowski, Democrat of New Jersey, will take Hailey Seals as his guest. She is the eldest child of Joseph Seals, a Jersey City police detective who was killed Dec. 10 during an anti-Semitic attack that the authorities have called an act of domestic terrorism.

Five people — including Detective Seals, who was 40 — died during the chain of events, which ended with an attack on a kosher grocery store.

Senator Ben Sasse, Republican of Nebraska, invited Rachel Wilke to be his guest for the president’s speech. Ms. Wilke’s husband, James Wilke, 50, a farmer, died last March when he tried to save a driver from floodwaters in Platte County, Neb., which is about 90 miles west of Omaha.

Andrea Chamblee, whose husband was killed at The Capital Gazette

Andrea Chamblee lost her husband, John McNamara, who had worked as an editor and reporter for The Capital Gazette, in a June 2018 shooting at the Annapolis, Md., newspaper. He was one of five people killed by a gunman who had a long-running feud with the newspaper. In inviting her, Senator Chris Van Hollen, a Maryland Democrat, cited her work on gun safety.

Nathan Law, a graduate student at Yale University and pro-democracy activist from Hong Kong, will be the guest of Senator Rick Scott, Republican of Florida. Mr. Law’s Twitter biography said he was forcefully unseated as a Hong Kong lawmaker.

In October, he took part in a demonstration during a preseason game between the Brooklyn Nets and the Toronto Raptors at the Barclays Center that was organized by the group NY4HK.