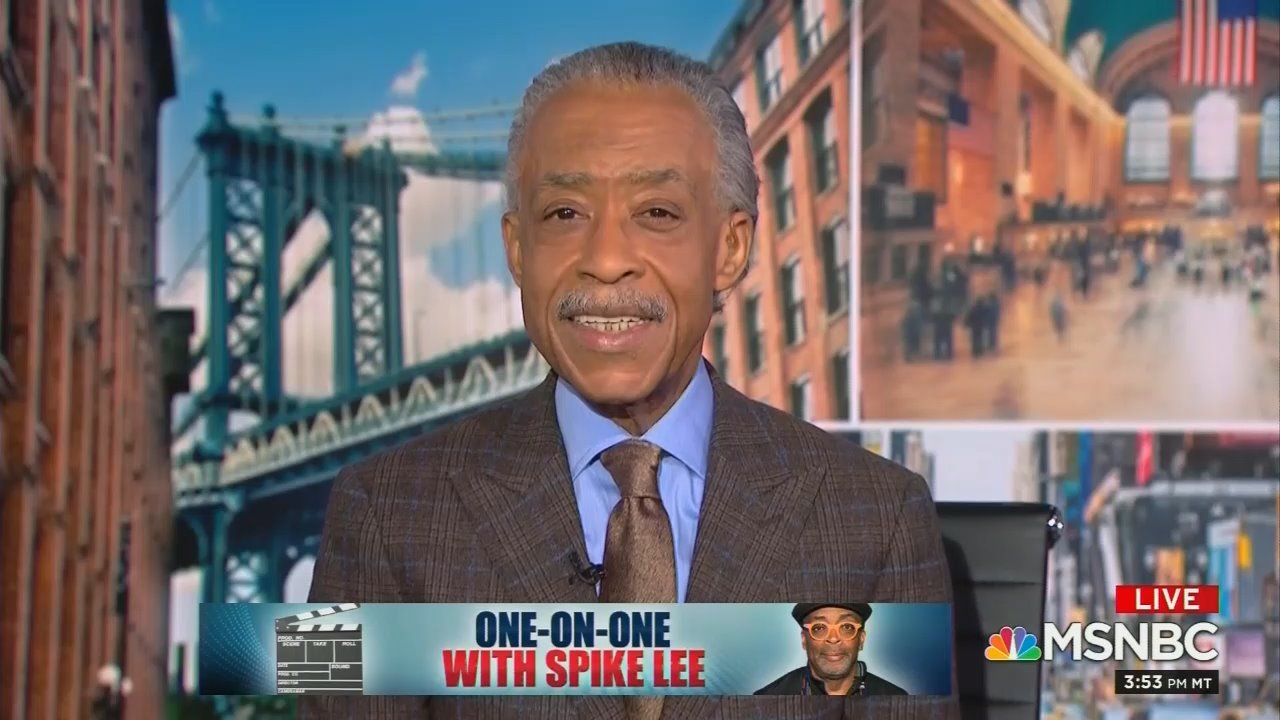 Rev. Al Sharpton welcomed leftist movie director Spike Lee via telephone on his Politics Nation show on Sunday night to discuss the life of Kobe Bryant, but Sharpton finished the segment by asking about impeachment. “Have to ask you on the way out, because I know the activist side of you, have you been following the impeachment?”

Lee cracked the Republicans are “going to burn in Hell” if they took an oath on the Bible before the proceedings, and then he laughed, and laughed.

SPIKE LEE: Yeah. Let me ask you a question. Do they [Republican senators] have to put their hands on the Bible when they took the vow?

REV. AL SHARPTON: I don’t know if they had a Bible out there, but I think they had the Bible up on the podium. Why do you ask?

LEE: Well, ’cause they’re going to burn in hell if they put their hands on that Bible! [Laughs uproariously]

SHARPTON: I should have known you’d –.

LEE: I wouldn’t want to be standing [next] to none of those guys because they’re gonna be struck by lightning. And history will say, they were on the wrong side of history. The wrong side, the wrong side. So everybody — here’s the thing. I’m not speaking for anybody but myself. This is just me speaking, everybody. Whoever comes out of the Democratic convention I’m voting for, because we cannot have another four years of Agent Orange.

LEE: One last thing, Rev, one last thing. Promise I’ll be very short. Every night before I go to bed, I think about Agent Orange has the nuclear codes. Hopefully they gave him the wrong number! [Laughs again]

Spike Lee is going to joke about Republicans taking an oath? This is the man who said it wasn’t “far-fetched” for Louis Farrakhan to claim the white people blew up the levees in New Orleans during Hurricane Katrina to get the black people out.

And he’s saying this to “Reverend” Al Sharpton, a man who shamelessly pushed the false rape allegations of Tawana Brawley and never apologized. In his breakthrough 1989 film Do the Right Thing, Lee included a shot of a graffiti message reading, “Tawana told the truth.”

So who needs to worry about taking an oath before God?