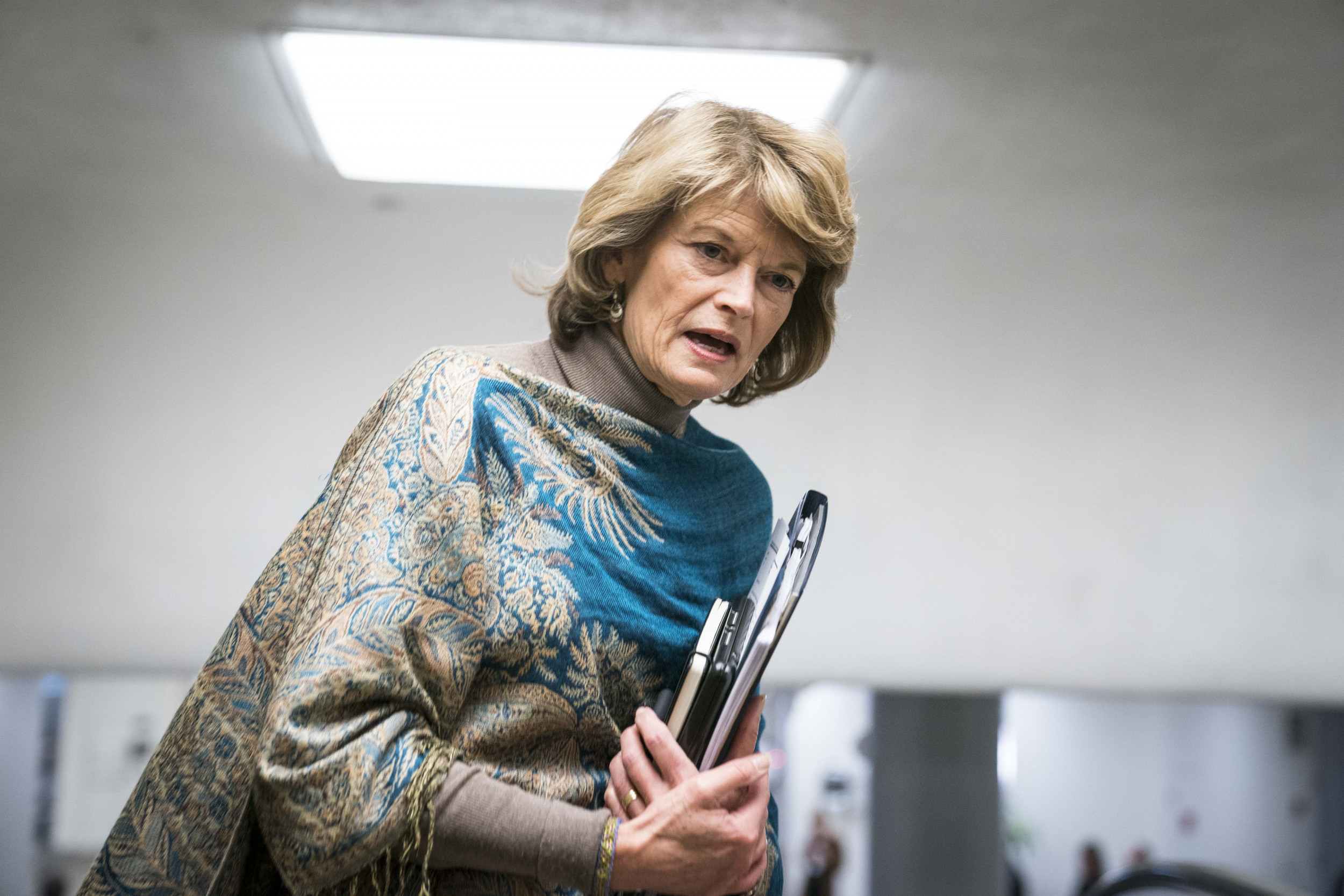 Alaska Senator Lisa Murkowski told the Senate Monday during the impeachment trial proceedings of President Donald Trump that she would not vote to convict Trump although she disagrees with both the president’s behavior and how the Republicans handled the case.

Senators are expected to decide Wednesday whether or not to acquit the president on two articles of impeachment.

“I cannot vote to convict,” Murkowski told the Senate floor. “The Constitution provides for impeachment but does not demand it in all instances.”

“The president’s name is on ballots that have already been cast,” Murkowski continued. “The voters will produce a verdict in nine months and we must trust their judgment.”

Murkowski also said she believed removing Trump from office would equate to “the political death penalty.”

Newsweek reached out to Murkowski for comment but did not receive a response in time for publication.

“The House failed in its responsibilities,” Murkowski said, “and the Senate should be ashamed by the rank partisanship that has been on display here.”

“The House rushed through what should have been one of the most serious consequential undertakings of the legislative branch simply to meet an artificial self-imposed deadline,” Murkowski added.

During the impeachment trial, Murkowski was seen as potentially being a swing voter for her openness towards hearing new testimony from witnesses. However, in a statement issued in January, Murkowski indicated that she would vote against additional witnesses and documents.

“I carefully considered the need for additional witnesses and documents, to cure the shortcomings of its process, but ultimately decided that I will vote against considering motions to subpoena,” Murkowski wrote.

“Given the partisan nature of this impeachment from the very beginning and throughout, I have come to the conclusion that there will be no fair trial in the Senate,” Murkowski continued. “I don’t believe the continuation of this process will change anything. It is sad for me to admit that, as an institution, the Congress has failed.”

Murkowski and Tennessee Senator Lamar Alexander voted to block the motion for additional witnesses and testimony while Utah Senator Mitt Romney and Maine Senator Susan Collins voted to admit them in an ideological break with other House Republicans.

Republican Alexander said in a January statement that he would not vote for witnesses.

“There is no need for more evidence to conclude that the president withheld United States aid, at least in part, to pressure Ukraine to investigate the Bidens; the House managers have proved this with what they call a ‘mountain of overwhelming evidence,'” Alexander said. “Our founding documents provide for duly elected presidents who serve with ‘the consent of the governed,’ not at the pleasure of the United States Congress. Let the people decide.”

Alexander, however, did not believe that Trump’s actions were correct.

“It was inappropriate for the president to ask a foreign leader to investigate his political opponent and to withhold United States aid to encourage that investigation,” Alexander said. “When elected officials inappropriately interfere with such investigations, it undermines the principle of equal justice under the law.

The vote for Trump’s acquittal is expected to occur on Wednesday, the day after Trump is scheduled to deliver his State of the Union address.