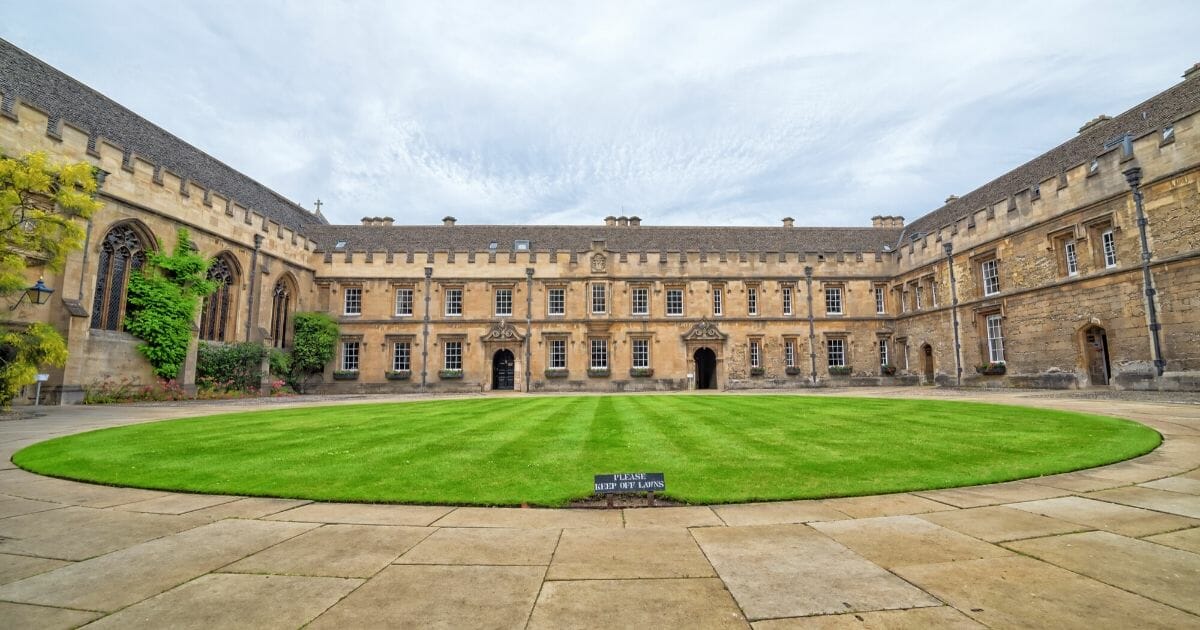 It is very simple to call for massive changes when you have no idea how those changes will affect you, or when you believe they won’t.

That lesson was learned by a group of college students at the University of Oxford’s St. John’s College who are occupying the institution in protest over the so-called climate crisis when they sent a letter to one of the school’s professors.

The professor, Andrew Parker, who also is involved in university finances, received the letter in which the students requested a meeting.

Among their demands was that the school divest from its investments in fossil fuels, to which Parker had a fantastic response.

“I am not able to arrange any divestment at short notice,” he said in the letter to the students, The Times of London reported Friday.

“But I can arrange for the gas central heating in college to be switched off with immediate effect, Parker said. “Please let me know if you support this proposal.”

But wouldn’t you know it, one student did not like that idea very much. In fact, he wrote back chastising the professor for trivializing their request.

“You are right that I am being provocative but I am provoking some clear thinking, I hope,” Parker said in response.

“It is all too easy to request others to do things that carry no personal cost to yourself. The question is whether you and others are prepared to make personal sacrifices to achieve the goals of environmental improvement (which I support as a goal).”

Spot on. It is too easy to make demands when the consequences for your demands do not directly affect you.

There’s a good chance that the college will cave to these students’ demands because that is what liberal colleges do.

They have created a monster that has now begun to consume them.

Just last week, an Oxford professor had to hire security guards to protect her from transgender rights activists.

RELATED: In Odd Twist, Klobuchar Promises To Select Her Own Cabinet as President

But if colleges and universities continue giving in to these miscreants, they should expect more of the same to continue happening.

Such students are bullies, and bullies never stop making demands when you keep giving them what they want.

“This is an inappropriate and flippant response by the bursar to what we were hoping would be a mature discussion,” protestor Fergus Green said, according to The Times. “It’s January and it would be borderline dangerous to switch off the central heating.”

So young Mr. Green is just fine with using fossil fuels when it benefits him, but the rest of us better figure something else out so we do not bring on the wrath of Fergus.

Greta Thunberg, a teenager who these people follow like she is the world’s foremost authority on climate, said, “Forget about net zero, we need real zero” emissions, when she spoke last month in Davos, Switzerland, at the World Economic Forum.

Do you know what “real zero” would be if we did it right now? It would involve turning off the heat for most of the world, Fergus. And that would be more than “borderline dangerous.”