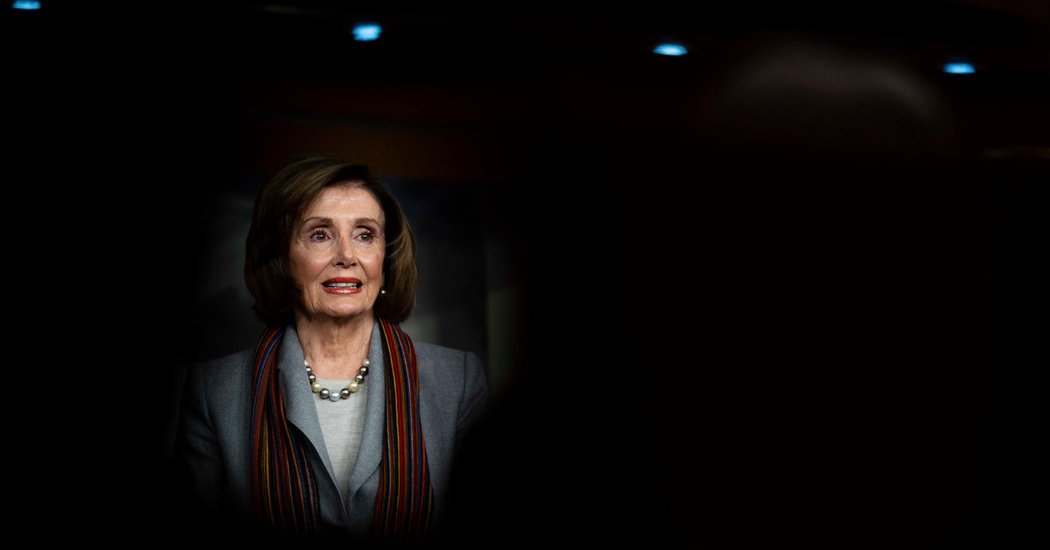 In the interview, Ms. Pelosi took aim at both Mr. Trump and Senator Mitch McConnell, the majority leader. Mr. McConnell managed to eke out the 51 votes he needed to prevent the Senate from subpoenaing witnesses like John R. Bolton, Mr. Trump’s former national security adviser, whose forthcoming book confirms the allegations against Mr. Trump. (Asked whether the House intends to subpoena Mr. Bolton, Mr. Schiff said Democrats would have “more to say about that later.”)

Calling Mr. McConnell a “wholly owned subsidiary of the White House,” and Mr. Trump his “puppeteer,” Ms. Pelosi said the president had also tarnished the Senate.

She lapsed into a tough-guy cadence as she described her view of the president’s message to senators, as delivered by the majority leader: “You don’t even have a choice, you ain’t gonna hear no witnesses, you ain’t gonna see no documentation, ’cause we’re not letting you do it — and by the way, you are going to put your imprimatur on it.”

On Tuesday evening, the fraught dynamic between Ms. Pelosi and Mr. Trump will be on display in the Capitol, at the very spot on the House rostrum where she presided over the votes to impeach him. During last year’s State of the Union address, Ms. Pelosi was photographed smirking as she clapped sideways at Mr. Trump. The image went viral, interpreted by many as a sarcastic gesture by the speaker, though she has said she did not intend it that way.

This time, Ms. Pelosi said Democrats stand ready to work with the president on the issues he is expected to discuss, like infrastructure and lowering the cost of prescription drugs, but she did not sound entirely eager to hear him speak.

“It will have a beginning, a middle and an end — and then it will be over,” she said. “So what’s the big deal?”

Ms. Pelosi said she had not spoken to the president since mid-October, when she went to the White House to participate in a meeting about Syria and abruptly left after a confrontation with Mr. Trump. (A White House photograph of her wagging her finger at the president went viral, too.)