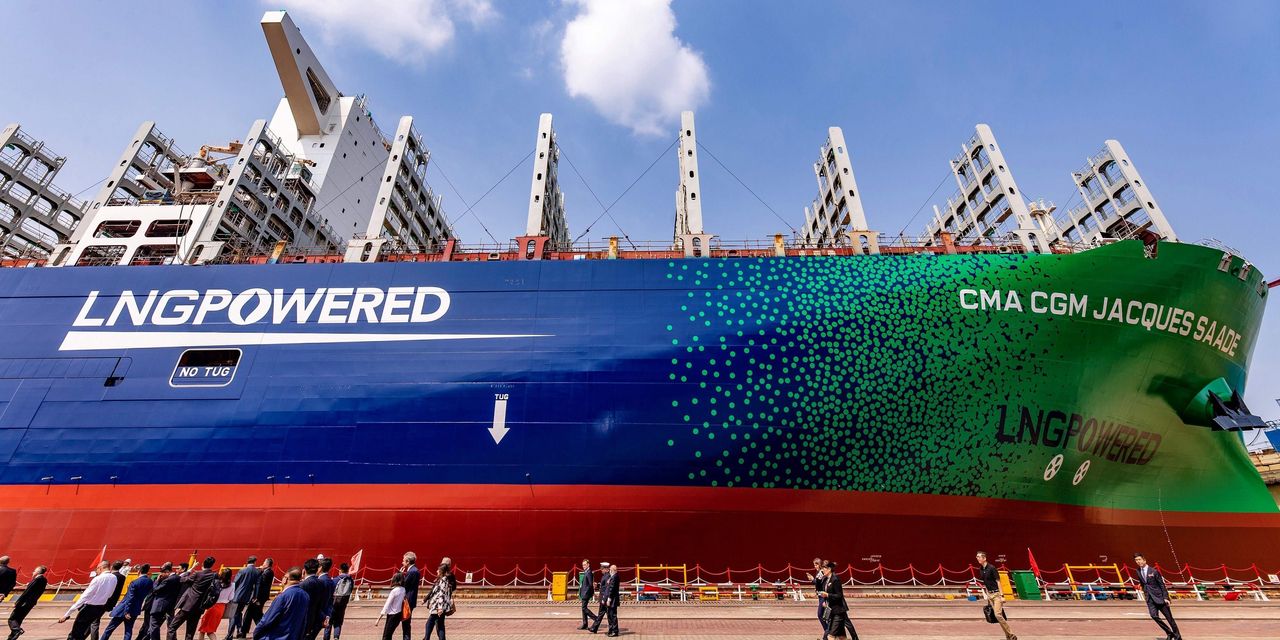 Shipping is going through its biggest change since switching from coal to heavy oil more than a century ago, as it looks for new fuels that will drastically cut the industry’s carbon footprint.

The effort is set to last until 2050, the deadline set by global marine regulator the International Maritime Organization to cut carbon emissions by half compared with 2008 levels.

One recent report estimated the price tag to get the job done would run to $1 trillion.

Vessel operators are under growing commercial pressure to make strides in protecting the environment. The maritime world’s biggest shipping customers are asking for proof that their cargoes are being moved on cleaner ships as corporations look more closely at cutting their own carbon footprints.

Many shipowners and industry observers question whether the business can meet the carbon-cutting deadline, noting research on new propulsion systems is still in its early stages and that there is no consensus on what type of fuel would carry oceangoing vessels into a new, cleaner future.

A move toward one potential solution isn’t clearing away those concerns.

Many shipowners believe that more oceangoing vessels will be powered by natural gas in the years ahead.

“We are fully convinced that LNG will be a key factor in our business,” said

a vice president at CMA CGM. “Our clients, the big ones, like

IKEA, they are asking us for solutions in decarbonizing. We want to be that solution.”

They are throwing big investment behind LNG even though it still isn’t clear how far the fuel will take ship operators toward a carbon-free future.

Liquefied natural gas is a fossil fuel and won’t meet the IMO threshold. Overall, it is estimated LNG reduces C02 emissions by around 20%, according to DNV GL, a Norway-based ship classification firm.

But methane is the main ingredient in natural gas, and some of that is released into the atmosphere when natural gas doesn’t burn fully. Methane is “far more potent as a greenhouse gas than CO2,” according to the Natural Resources Defense Council, which says it is “80 times more effective at trapping heat than carbon dioxide.”

Engine manufacturers and shipyards say the “methane’ slip” from burning natural gas is small and that they are working to produce cleaner burns.

For ship operators, the economics of fuel play a big role.

LNG-powered vessels cost around 15% more to build than vessels burning conventional heavy oil, but filling them up is about 20% cheaper and may get more cost-effective as natural gas production grows.

“
“I see LNG as the best available solution over the next 20 years.”
”

“It pays after the investment to build such ships,” Mr. Leclercq said. “I see LNG as the best available solution over the next 20 years.”

To be sure, there are only 746 LNG-powered ships in use and another 243 on order in a total global fleet of around 60,000 oceangoing vessels, according to data by VesselsValue. But the lack of alternative fuels means hundreds more LNG-powered ships could be built in the coming years.

Proposed power solutions like batteries, hydrogen, ammonia or biofuels are still years away from proving out, and many industry executives say privately that meeting the IMO’s 2050 carbon target will be difficult. Some owners believe LNG could become the default fuel over the near term as the industry looks for cleaner alternatives.

“If we want to power an oceangoing box ship with batteries today it will take 146% of the cargo space,” Mr. Leclercq said. ”Hydrogen, which must be compressed or liquefied, will need six times the space and four times the weight of the current fuel storage. It will cut the ship’s capacity by more than a third.”

The IMO hasn’t taken a position on LNG, but the fuel’s use is part of its deliberations.

“LNG used as ship fuel has significantly lower emissions of sulfur oxides and particulate matter compared to fuel oil and also contributes to reductions of nitrogen oxides,” a spokeswoman said. “There can be methane slip…and the IMO is considering ways to reduce it.”

For ship operators, LNG is a needed stop on a long route to decarbonization even if it won’t get them all way to their destination.

“The IMO goal is ambitious, but we have no other option,” Mr. Leclercq said.

Write to Costas Paris at costas.paris@wsj.com