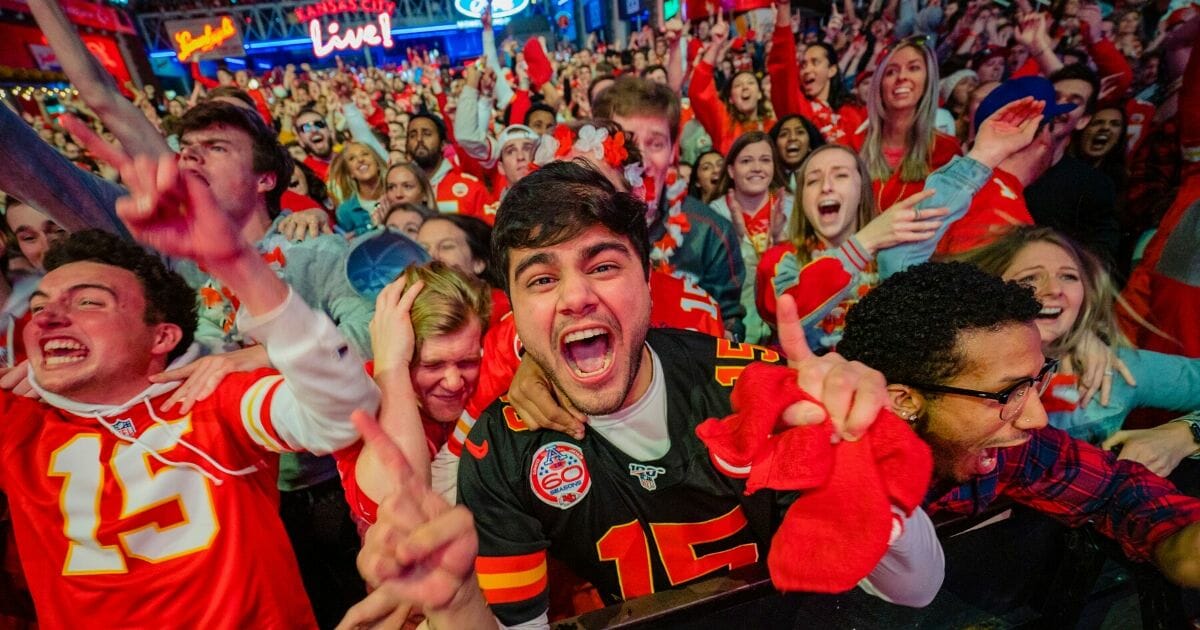 Kansas City Chiefs fans across the country celebrated Sunday night after the NFL team won the Super Bowl for the first time in 50 years.

In fact, the celebration of the hometown fans in Kansas City, Missouri, was so large that it was visible via weather radar.

The Chiefs, led by quarterback Patrick Mahomes, pulled off an impressive fourth-quarter comeback to beat the San Francisco 49ers 31-20 at Hard Rock Stadium in Miami.

It was the first time Kansas City had won a Super Bowl championship since 1970, when the Chiefs beat the Minnesota Vikings in Super Bowl IV.

Even though Sunday’s game was in Florida, thousands of fans gathered in downtown Kansas City for a watch party.

Once the clock ran out at the end of the game, the crowd erupted in cheers as “We Are the Champions” by Queen blasted over the speakers.

Fans across the city also lit fireworks to celebrate the long-awaited victory.

The celebrations were so large that the National Weather Service of Kansas City picked up the fireworks on its radar.

Shortly after 10 p.m. Central Standard Time, nearly an hour after the game, the organization shared a time-lapse video of the area over the city.

“Here’s #KansasCity erupting in celebration, as detected by our radar!” it wrote on Twitter.

Here’s #KansasCity erupting in celebration, as detected by our radar! 🎉🎇🎆🏈 pic.twitter.com/IlfG82gxl6

“02.02.20 We’ll remember that forever,” the Chiefs said on Twitter, along with pictures of the team celebrating its victory.

“It feels like it’s a dream,” 25-year-old Chiefs fan Seth Runyan told The Kansas City Star. “This is unbelievable.”