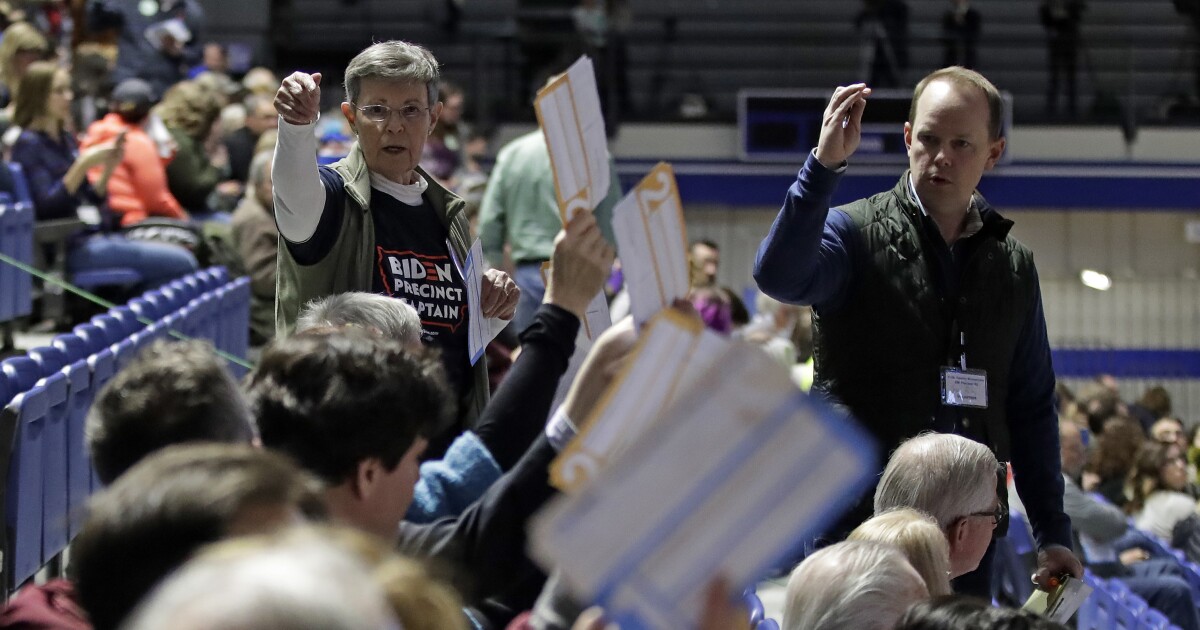 “In addition to the tech systems being used to tabulate results, we are also using photos of results and a paper trail to validate that all results match and ensure that we have confidence and accuracy in the numbers we report,” McClure wrote.

She added, “This is simply a reporting issue; the app did not go down and this is not a hack or an intrusion. The underlying data and paper trail is sound and will simply take time to further report the results.”

The Iowa Democratic Party earlier chalked up the delay to conducting “quality control,” saying the wait was “out of an abundance of caution.”

In previous cycles, individual precinct results were promptly released, provoking concern when campaigns, news outlets, and rank-and-file members of the party were left waiting to learn the winner.

The protracted process frustrated campaign aides, including those of Vermont Sen. Bernie Sanders, who were overheard venting about the situation.

Lawyers for former Vice President Joe Biden, who was predicted to underperform in Monday’s contest, have written to the Iowa Democratic Party, demanding “full explanations and relevant information regarding the methods of quality control you are employing, and an opportunity to respond, before any official results are released.”