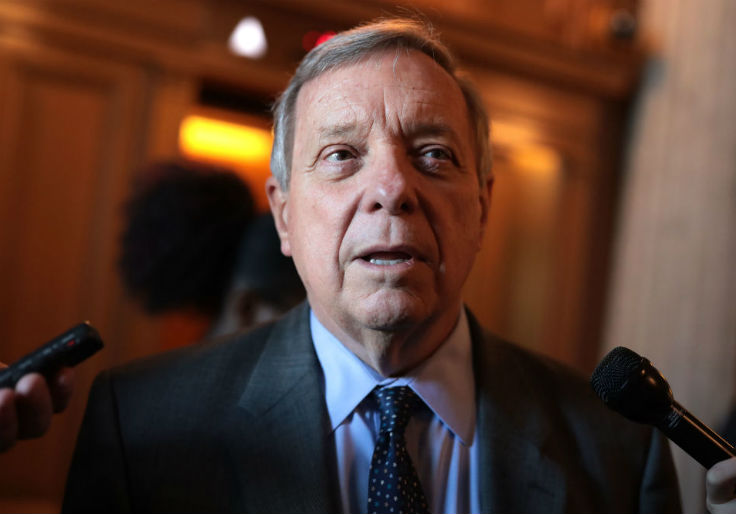 Sen. Dick Durbin (D., Ill.) on Tuesday called for the Iowa caucus system to “come to an end.”

“I think the Democratic caucus in Iowa is a quirky, quaint tradition which should come to an end,” Durbin said on MSNBC’s Morning Joe. “As we try to make voting easier for people across America, the Iowa caucus is the most painful situation we currently face for voting.”

Durbin’s criticism follows a chaotic night in which results for the Iowa caucuses were delayed due to “inconsistencies” with reporting on the caucus results. NBC News reported that a source said the campaigns “can’t trust the numbers coming in.”

“People who work all day, pick up the kids at daycare, do you think they’re headed to the caucus next? Of course not,” Durbin continued. “We’ve got to have a means for people to express themselves that is reliable. Unfortunately, the caucus system is not.”

Some Democrats have criticized Iowa voting first during the primary season. Former presidential candidate Julián Castro said Iowa and New Hampshire shouldn’t be the first states to vote in the Democratic primary because they don’t reflect the diversity of the party.

Cameron Cawthorne is a Media Analyst for the Washington Free Beacon. He graduated from the University of Virginia in 2013. Prior to joining Free Beacon, Cameron was a Legislative Assistant in the Virginia General Assembly and a War Room Analyst at America Rising. He can be reached at cameron@freebeacon.com.