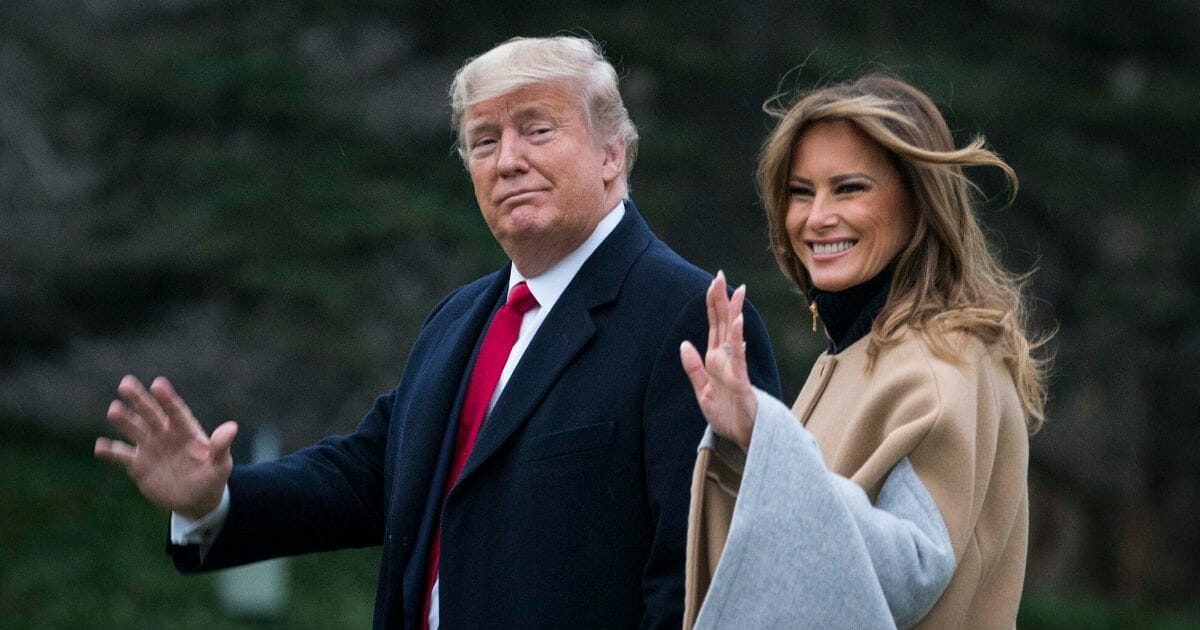 For President Donald Trump and his re-election team, it doesn’t get much better than this.

As the Democratic debacle from the Iowa Caucuses Monday night still shaking out, a national embarrassment to just about every group and institution that’s been attacking President Donald Trump throughout his presidency, a couple of points were clear on Tuesday morning:

Democrats hoping to kick their campaign against the incumbent into high gear coming out of Iowa were losers.

And the one and only truly big winner was getting ready to deliver a State of the Union address to the House of Representatives – this time to a Democratic-run body that just launched an impeachment drive based on the thinnest of trumped-up charges.

“The only person that can claim a very big victory in Iowa last night is ‘Trump,’” Trump wrote.

The Democrat Caucus is an unmitigated disaster. Nothing works, just like they ran the Country. Remember the 5 Billion Dollar Obamacare Website, that should have cost 2% of that. The only person that can claim a very big victory in Iowa last night is “Trump”.

Do you think this is a good sign for the president’s re-election?

As usual, Trump’s Twitter post was greeted by a flood of liberal hatred – the kind of smart people who probably think watching a Stephen Colbert monologue is the best way to get a grip on the mood of the country.

But there were plenty of responses from Trump supporters who could believe what they were seeing in Iowa with their own eyes – and it was a debacle for Democrats across the board.

They are incompetent and corrupt

Democrats took three years to prepare for this night and failed horribly. They can’t even run an Iowa caucuses imagine if they ran the country?

The do nothing democrats can’t even successfully run Iowa caucuses.

How in the world do they expect to be able to run our government?

Meanwhile, the anti-Trump media, which has been desperately trying to inflate one of the Democratic bobble-head dolls seeking the party’s nomination into someone who could actually challenge Trump, was left with a story line that said nothing – or made Democrats look worse.

This live results page will be very cool when results start to come in, though: https://t.co/NpSBIEXZBl pic.twitter.com/jZklbmno9u

It’s the morning after the Iowa caucuses. We were promised four sets of results, and we didn’t even get one.

You’re probably wondering how we ended up in this situation. Blame 2016. https://t.co/QHdkuzYhbb

“The world’s watching this,” says @JoeNBC of the delayed results for the Iowa caucuses pic.twitter.com/RqtL1EY6Qj

As for Trump’s putative challengers for the Republican nomination, former Massachusetts Gov. William Weld and former Illinois Rep. Joe Walsh, they weren’t a factor. As Politico noted, The Associated Press called the Iowa contest a victory for Trump within a half-hour, with the incumbent getting 97 percent support.

With Trump preparing to deliver the State of the Union address in front of the House of Representatives Tuesday night – the most “presidential” setting in modern American politics – the contrast between a president clearly in control and a Lilliputian opposition determined to try to defeat him by a thousand cuts couldn’t be clearer.

Democrats clearly can’t run a caucus. The media has no real challenger to Trump to anoint. And even Trump’s token opposition in the GOP primary race is negligible.

“The only person that can claim a very big victory in Iowa last night is ‘Trump,’” Trump wrote.

And no one in the media or the Democratic party can credibly argue it.

For the president and his re-election campaign, it really doesn’t get much better.